Hardik Patel had shown that even a skeletal organisational network leveraging technology could almost overnight become a political force. 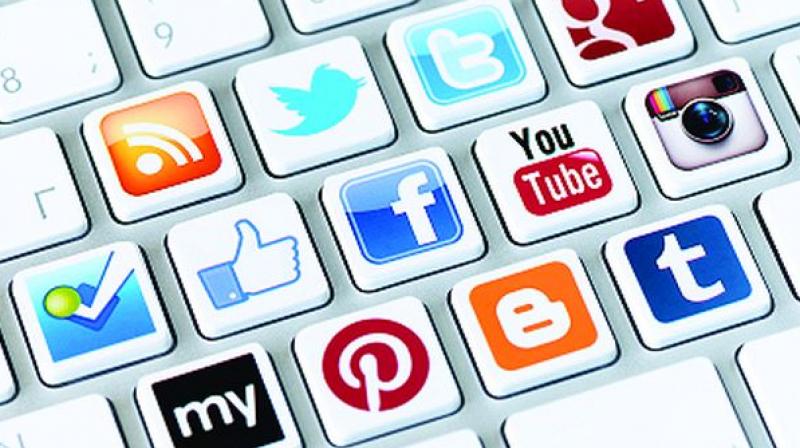 The ubiquitous cellphone began as a convenience but has ended up becoming a necessity, and lately even a political tool. When Gujarat Patidar leader Hardik Patel decided to throw in his lot with the Opposition Congress Party in the recent Gujarat Assembly elections, his most effective tool was the cellphone. Using popular apps like Facebook and WhatsApp, Mr Patel managed to reach out to millions of fellow Patidars.

In the past, an electoral exercise to influence millions of potential voters would have required a vast network of grassroots cadres, offices at every level and massive funding. By harnessing technology available on the cellphone, Mr Patel was able to give the powerful BJP in Gujarat a run for its money. The BJP eventually won the elections, but emerged shaken. Mr Patel had shown that even a skeletal organisational network leveraging technology could almost overnight become a political force. The technology of the cellphone, WhatsApp and social media networks such as Facebook, Twitter and Instagram have emerged as game-changers in politics and governance. This is not just true of India but the rest of the world as well. The most energised by technology are the small and previously disorganised special interest groups that had traditionally been overwhelmed by the majority dynamic of electoral politics.

Special interest groups, minor Opposition parties, minority islands, sub-castes and so on previously submerged in the mainstream political discourse can now find voice and organise themselves via existing technologies. This process is increasingly impacting many associated activities. For instance, during the run-up to the Gujarat polls, Patidars in rural areas and small towns of the state began forming their own local WhatsApp groups to share local news both about their movement and other electoral issues.

Young men there were consciously shunning mainstream news sources, suspecting their authenticity and political affiliations. In other words, technology has now allowed them to choose alternative information sources bypassing the established big newspapers and television channels. The implications of such technology-enabled decision making are still not fully clear, but is bound to bring about a paradigm shift in the way politics and governance is conducted in this country.

Administrators and police officials in many parts of the country have already woken up to the implications of technology. The most significant change is the ease with which disgruntled, dissenting and disaffected groups can come together on a virtual platform.

Processes that earlier required personal meetings, phone calls and a physical venue have given way to virtual common spaces. So, when disgruntled homebuyers cheated by unscrupulous builders in Noida decided to raise their level of protest, it was again social media platforms and apps such as WhatsApp that they used. This allowed easy group membership, exchange of news and information and an instant call to action. Groups of protesting homebuyers began turning up at short notice at crucial meetings, disrupting traffic and emerging as a political irritant.

News of Uttar Pradesh chief minister Yogi Adityanath’s presence at the inauguration of a new Metro service in Noida instantly attracted hundreds of cheated homebuyers, who turned up at the venue. They berated the chief minister for not keeping his promise to ensure homebuyers were not cheated by politically influential builders. In a number of states and districts, senior state officials, including district magistrates, have begun using the social media and forums like Local E-Circles to accept suggestions and complaints, make announcements, seek public opinion as well as redress grievances.

In these places, technology has obviated the need to visit the offices of local bigwigs, stand in queues and often be denied a hearing. The smallest of complaints lodged in local circle groups goes on record. The police too is under pressure. Even before a police baton comes down on a violent protester, the image of the action has been recorded and messaged to thousands, senior police officials point out. This forces the police to be extremely circumspect. But more is on the way. Other technological innovations, especially in communications and computing, are now beginning to influence politics and governance in even more fundamental ways.

The most important of this is the so-called “Big Data”, which has been a buzzword in the West for some years now and has even made political headlines thanks to a little-known company called Cambridge Analytica, which allegedly influenced the Brexit vote and Donald Trump’s election in the United States in 2016.

Big Data, or rather its analysis, involves using massive quantities of available data to discover trends, invisible connections, preferences, mindsets and much more. This allows analysts to devise more effective marketing campaigns, including election campaigns, public social and health programmes, and much more.

Cambridge Analytica is reported to have been approached by a major Indian Opposition party for the 2019 Lok Sabha election. The BJP is already using Big Data computing in some areas and appreciates the importance of grassroots feedback on politics and governance.

Transformative technology is available and is here to stay. The question is how effectively and by whom will it be used. In Jammu and Kashmir, this technology is being used with great effect by anti-Indian forces to fan discontent and keep the agitational pot boiling. Special interest groups in other parts of India are using technology to coalesce and project their grievances, and so on.

This technology is also forcing companies and service providers to respond almost immediately. Today, as one commentator observed, is the age of “Everything-On-Demand”, from taxi rides, food deliveries and hotel stays to escort services and groceries. Indian governments and politicians too need to get on this horse — and much sooner than they might assume.