India must reject plea for asylum by MQM’s Altaf

Beyond comic relief and television TRPs, Altaf Hussain brings nothing to India. 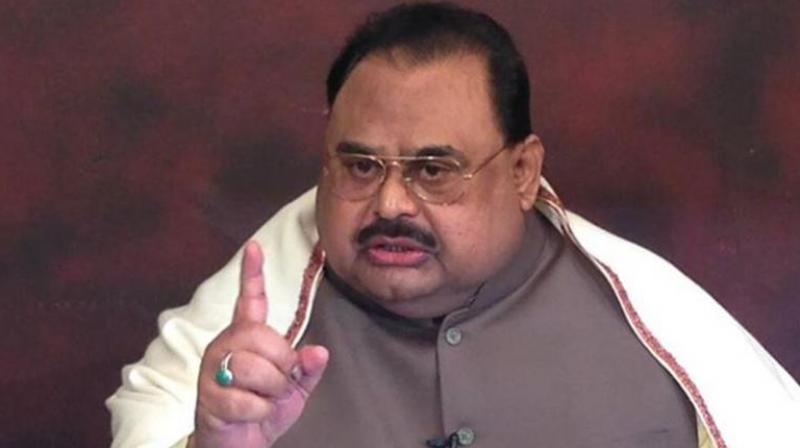 The one-upmanship ritual in the hyphenated Indo-Pak drama has seen an unending series of distractions, posturing and embarrassments afforded on each other — which do not move the needle on the fundamental concerns besetting Indo-Pak dissonance at all. However, the competitive spirit underlying these attempts to outsmart each other certainly galvanises the “mood” of the domestic constituents and cadres in “echo chambers” — that is invaluable to the politicians on both sides of the border. The symbolic “tripping” of each other ranges from debarring engagement of artistes, sportspersons, businesses and to the other end of the more dangerous and provocative practice of patronising insurgents/terrorists under the garb of providing “moral and political support”! In this melee of domestic pressures, to be seen to have “sorted out the other” points to yellow journalism pertaining to frivolities like which-leader-looked-through-the-other-in-a-meeting, and can assume prime space and time on national reportage across both sides of the Line of Control. So, while Pakistan needles India on Kashmir, the Indian side retaliates by pointing out the warts in the Pakistani situation in Balochistan, minority and sectarian issues, terror “nurseries”, etc. Post an action or accusation, the subsequent reaction from the international community is tallied and presented in the public space against each other, with the larger count of “supporting countries” bolstering the claims of a said country towards its moves or countermoves.

As a larger and more heterogeneous society with an unambiguous constitutional commitment towards secularism, liberalism and democratic rule, India has maintained decidedly more “high-ground” vis-a-vis the more assertively homogenous reality of Pakistan that has had multiple interruptions to its democracy, and is acknowledged even by itself to be dangerously perched on the sliding slope of societal extremism. This divide between the two nations is genealogical and the logical outcome of two extremely divergent paths chosen on the vivisection of the land in 1947, where one chose the suffocating airlessness of the “two-nation theory”, while the other chose the openness of “unity in diversity”. After seven decades of fundamental irreconcilability between the two nations, the interim period of Cold War leanings and manoeuvres followed by the global emergence of religio-nationalistic intolerance has only widened the chasm. In such times and resultant games, the ultimate sovereign goal happens when one of “theirs” joins “us”, and in that lies the ultimate vindication of “our” position — versus “them”! These “trophies” are then paraded, spouting venom on the land of their forefathers, whilst simultaneously quenching the meaningless bloodlust of the people in the recipient country. While Pakistan has recklessly courted, supported and showcased terrorists from Indian insurgencies — the Indian response has been less belligerent and more nuanced by only “trophying” intellectuals or artistes who disagree with their Pakistani narrative. One such aspirant who wants to jump ships is the fugitive Pakistani politician, Altaf Hussain, founder of the Muttahida Qaumi Movement (MQM), and in exile in London.

The quest to ingratiate himself to India has led the famously theatrical politician to sing “Saare Jahan Se Acha, Hindustan Humara” on television to buttress his clownish request for asylum in India or at least secure some financial assistance from the Indian government. Knowing fully well the power of an audio-visual spectacle of a prominent Pakistani supporting the recent Supreme Court adjudication on Babri Masjid-Ram Janmabhoomi case and asking those who disagree with the same to be banished to Pakistan endears him to those who believe that his “switch” will somehow be to India’s benefit. Realistically, the man who once ruled the mean streets of Karachi and had emerged as the head of the third-largest political party is well past his prime, relevance and impact, as his own party has also disowned its colourful founder. The childish antics of the one-time leader of MQM were tolerated because it was a powerful reactionary ethnic force of Muhajirs (those who had migrated from India to Pakistan), who had their own settling down woes amidst the turf wars between them — Sindhis, Pathans and Baluch who shared Karachi, in substantial numbers. Altaf Hussain had transactional, tactical and opportunistic alliances with two of the most damaging and anti-India dictators and fellow-Muhajirs i.e. Gen. Zia ul-Haq and Gen. Pervez Musharraf. But his restrictive politics that veered exclusively around the Muhajir domain allowed him to avoid other political afflictions like anti-India rhetoric, religious “Talibanisation” or Kashmir-centricity, like the adoption of the same by the pan-Pakistan parties like the PTI, PML-N and PPP.

Temptation to co-opt such a recognisable and irascible politician towards the Indian cause, notwithstanding — his known past of street violence, crudity and ignobility that defines Altaf Hussain’s politics should be enough to keep him at a distance. His affixation to our sovereign position and name can only diminish, devalue and degrade the “morality” of the historical Indian position. His Johnny-come-lately act of recognising Pakistan as a “cancer for the entire world” or the “epicentre of terrorism” is driven by his own compulsions and situational circumstances — he is not a credible or a mass leader in Pakistan anymore, and his ostensible “catch” by India will transform none in the tinderbox of Pakistan. On the contrary, his incorrigible antics can only trivialise and distract from the more meaningful bilateral engagement that is now required in order to end the chill that consumes the Indo-Pak freeze. Even from the perspective of an individual’s personal conscience, values and personality traits — anyone who can renege, indignify and humiliate his own country openly and seek asylum in another country that is seen as its principal enemy-state speaks volumes of the desperation, pettiness and unfaithfulness of such an individual. If he could not be true to his own country, why would such a person be true to India? He is also getting pursued for terrorism, corruption and bloodletting in the UK and not in some banana military court of Pakistan, therefore his potential welcome to India does not behove the “high ground” and stand of zero-tolerance-against-terrorism that we pursue against Pakistan. Beyond comic relief and television TRPs, Altaf Hussain brings nothing to India.