Mystic Mantra: Kabir — The Christ of the East 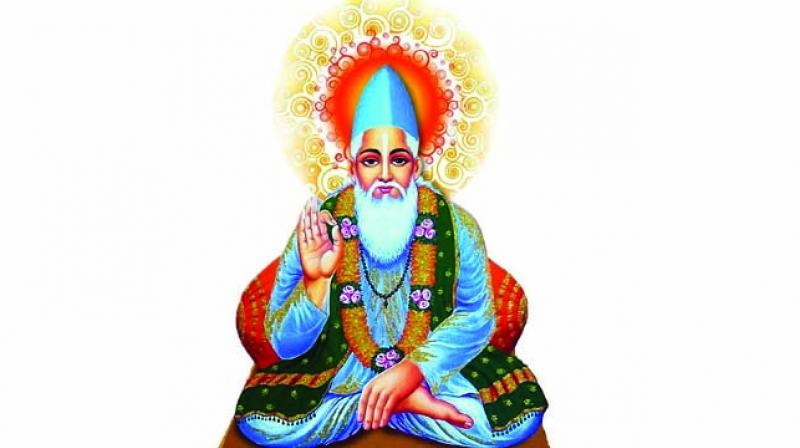 Kabir describes it as unmani avastha — a transcendental space beyond mind.

Saint Kabir is one of the greatest mystics who brought an authentic spiritual revolution in the collective psyche of a large number of people who were either atheists or belonging to the traditional religions. And he did it in such a wonderful way — with his unique bhajans in simple Hindi language. The whole world must feel grateful to mystic poet Rabindranath Tagore for translating these songs into English. In the introduction to a collection of one hundred such songs, Kabir is given a befitting tribute: Kabir belongs to that small group of supreme mystics amongst whom St. Augustine, Ruysbroeck and Sufi poet Jalaluddin Rumi are perhaps the chief who have achieved that which we might call the synthetic vision of God.

Modern enlightened mystic Osho has also given hundreds of profound discourses on Kabir and one of the series is titled: The Revolution. Osho says: Kabir is a harbinger, a herald of the future, the first flower that heralds the spring. He is one of the greatest poets of religion. He is not a theologian; he does not belong to any religion. All religions belong to him, but he is vast enough to contain all. No particular religion defines him. He is a Hindu and a Muslim and a Christian and a Jain and a Buddhist. He’s a great beauty, a great poetry and a great orchestra.

Though Kabir was an illiterate, without any schooling, a poor weaver — unlike Buddha, Mahavira, Ram and Krishna — yet he could transform the lives of millions of people. He liberated them from the bondage of superstitions. He was truly a rebellious spirit. Osho describes Kabir as the Christ of the East. Christ was the son of a carpenter and speaks in the same revolutionary way as Kabir. Both have great similarities. They belong to the same earth, they are very earthy, but both have great insights.

Kabir awakens the consciousness of people who want to seek God and offers them a song: Moko Kahaan Dhoondhe Re Bande. Where dost thou seek me?/ Lo! I am beside thee./ I am neither in temple nor in mosque./I am neither in Kaaba nor in Kailash./ Neither am I in rites and ceremonies nor in Yoga and renunciation./ If thou art a true seeker, thou shalt at once see me: thou shalt meet me in a moment of time.

Kabir introduced ulatbaansis (upside-down verse) to express the inexpressible just like Zen Koans. Apparently, these ulatbaansis are not something logical. They destroy the ordinary logic and take us to the mystical realm. Kabir declares: “I was wonderstruck when I saw the ocean on fire!” How can the ocean ever catch fire? If water can catch fire, then there cannot be anything like science in the world. And then Kabir says: “I have seen another miracle: the fish left the ocean and climbed up a tree.”

Such things do happen in the spiritual realm beyond mind. Kabir describes it as unmani avastha — a transcendental space beyond mind.