Opinion   Oped  29 Feb 2020  When British VIPs get away with sexual abuse
Opinion, Oped

Weinstein, with a very successful film company behind him, sported one magnetic field of power. 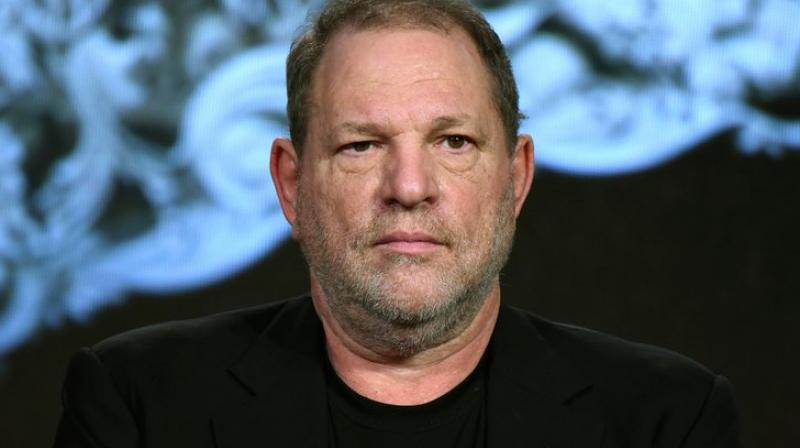 “A cotton-wool dawn
A feathered twilight
Softnesses that hide the sun.

Everyone in Cannes, when I attended the film festival there, wanted to meet Harvey Weinstein. Among the aspirants must have been starlets and already famous female actors. The world now knows how this eagerness was criminally used by Weinstein. The old saying is power corrupts. New saying: Power affords the opportunity for corruption.

Weinstein, with a very successful film company behind him, sported one magnetic field of power.

Now in the UK, an independent inquiry into child sexual abuse, by men with political power or the allure of fame, tells some murky tales. Unsurprisingly, in Britain, they all seem to involve some connection between abuse and social rank.

A character called Jimmy Saville, a television joker with a distinguished TV career, was recommended in 1990 by Prime Minister Margaret Thatcher for a knighthood. The Queen granted Saville the honour.

In 1912, when Sir Jimmy was dead and buried, the evidence against him of horrific child sexual abuse emerged. He had used his celebrity and his position as a presenter on children’s TV shows to rape and abuse young boys and girls. His celebrity had also made him the patron of several children’s charities, including those for the sick and handicapped. It then emerged that he had used his visits to hospitals and children’s homes to sexually abuse the patients and inmates.

There is no doubt that this criminality was known to, or strongly suspected by, scores of people who deferred to his celebrity and suppressed the truth. The Cabinet Office was alerted to the allegations when Thatcher was lobbying to grant him a knighthood and, instead of initiating an investigation into these serious and multiple allegations, she defiantly ignored them and went on to investing him as Sir Jimmy.

When the horrendous truth emerged after he died, Prime Minister David Cameron proposed depriving Saville posthumously of his knighthood. The inquiry report out this week tells us that the royal institution which approves honours on behalf of the monarch objected to the withdrawal of the title. Mr Cameron and public outrage prevailed in the end. Saville was deprived of his honour and will pass into petty historical record as a debased predator.

In the same era, one of Thatcher’s favourite ministers, who had been her parliamentary private secretary, MP Jim Morrison, was accused of paedophilia.

Though he hadn’t been prosecuted for it, there was strong but suppressed evidence against him as a rapist of young boys. Lord Armstrong, a former cabinet secretary, testified to the recent inquiry that he had at the time been told by the head of MI5, that Morrison had been arrested at Crewe railway station for an incident involving a minor. The evidence was obviously suppressed when Thatcher was made aware of it. Despite other information that she was presented with, Thatcher ignored the evidence and granted him a knighthood.

In the wake of the publication of the inquiry last week, Lord David Steel, a former prominent leader of the Social Democratic Party, resigned from the party and has given notice that he will leave the House of Lords as a further response. The inquiry accuses Lord Steel of turning a blind eye to the allegations of paedophilia dating back to 1979 against the former MP for Rotherham, Cyril Smith.

David Steel, as he then was, knew of the allegation and as leader of the party, not only chose to ignore them but recommended Cyril Smith for a knighthood. In his defence, however feeble, he said that though he believed the allegations, he, regrettably, overlooked them as “past history”. In resigning from the party and the House of Lords, David Steel, now 81, acknowledges his “mistake” and says he wants to retire from public life to avoid any further debate and turmoil in the party he has served all his life.

Connected again to paedophilia and peerages is the pending fate of Tom Watson. He was deputy leader of the Labour Party and resigned before the last election. Jeremy Corbyn, about to be replaced as Labour leader, has, as Opposition leaders are entitled to do, nominated Mr Watson for a peerage. There has been a public outcry against the nomination as Mr Watson is accused by the child abuse inquiry of pursuing a witch-hunt against politicians and members of the armed forces and security services.

In 2014 the police were pressed by Mr Watson, making his allegations in Parliament, to launch an enquiry into a VIP paedophile ring. Mr Watson’s statement and his demand that the police investigate the allegations he was making, were based on the evidence supplied by one Carl Beech.

Mr Beech alleged that these VIPs constituted a ring which met in flats near the House of Commons, procured young boys, including himself, for sex and had even stooped to murder to avoid detection. Apparently, Mr Watson believed these claims and pressured the police into the multi-million-pound enquiry. The police found no evidence against any of the accused and subsequently prosecuted Mr Beech, not only for false allegations and wasting police time and public money, but for being himself a paedophile and fantasist. He was found guilty and jailed.

Watson has failed to apologise to the “VIPs”, some of whom are still alive, for demanding that the police pursue them — a pursuit which caused extreme distress to those under investigation and their families. Perhaps he will extend such an apology when he sits next to some of them in the Upper House.