Mystic Mantra: Our values are our moral compass

Many have come to believe that the only elements of success are talent, energy and personality. 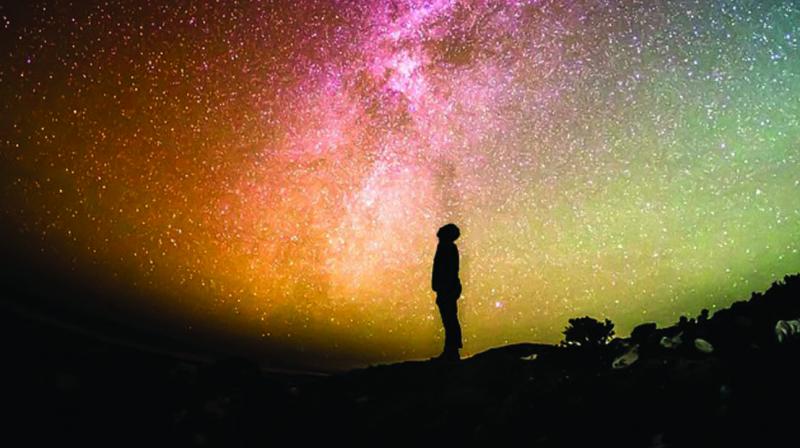 To live our lives by worthwhile values, we need to be able to differentiate between right and wrong.

Our values are our own moral compass. They are our most trusted allies when it comes to keeping our head, heart and life clear and easy. An individual’s character is made up of these values; they give one’s life direction, meaning and depth.

Beliefs are learned, usually from others or our own experiences. They are self-fulfilling prophecies, but we have the power to change them. Values are internal. They are who we are deep down. Values are intrinsic to our lives. They add to the strength of our character and the righteousness of our beliefs. They constitute the inner sense of what’s right and wrong based not on laws or rules of conduct but on who one is. They include such traits as integrity, honesty, courage, fairness and generosity — which arise from the hard choices we have to make in life. So wrong is simply in doing wrong, whether or not we are caught in doing a wrong.

To live our lives by worthwhile values, we need to be able to differentiate between right and wrong. This is not the kind of understanding that we are inherently born with. We learn as we go along. Institutions such as one’s family, school and neighbourhood, help form our values. In turn, our values act as a binding gel for our families and societies. They help a child become a good adult, go on to become a good spouse and a good parent. Strong values lead to strong families. These eternal values fortify our character as we seek clarity and coherence in a confusing world. They provide a moral compass that reminds us that our principles are good for all reasons and good for all ages.

Many have come to believe that the only elements of success are talent, energy and personality. But history has taught us that over the long haul who we are, is more important than who we appear to be. Until about 150 years ago, almost everything in the literature of success and self-help focused on what could be called the character ethic. Such eminent figures as Benjamin Franklin and Thomas Jefferson made clear their belief that we can only experience true success and happiness by making character the bedrock of our lives.

Since the late 19th century and after world wars the basic view of success shifted to what we could call the personality ethic. Success became more a function of charm, skills and techniques that, at least on the surface, lubricate the process of human interaction. Rather than struggle with thorny issues of right and wrong, we turned to making things run smoothly. Some of that philosophy expressed itself with harmless but superficial maxims such as “smiling wins more friends than frowning”.

According to the Greek poets, hubris, the insolence of pride, is the root of all tragedy, personal as well as national that we are the chosen people called upon by providence to educate others to our way of life. It is the nemesis of pride that brought down the pharaohs of Egypt, the rulers of Greece, the emperors of Persia, the caliphs of Baghdad and the popes of Medieval Rome.