Opinion   Oped  28 Jul 2019  Can Imran forge a deal between the Taliban and Kabul?
Opinion, Oped

Can Imran forge a deal between the Taliban and Kabul?

So far, the Taliban’s position on the option of direct talks with the government of President Ashraf Ghani has remained stiff. 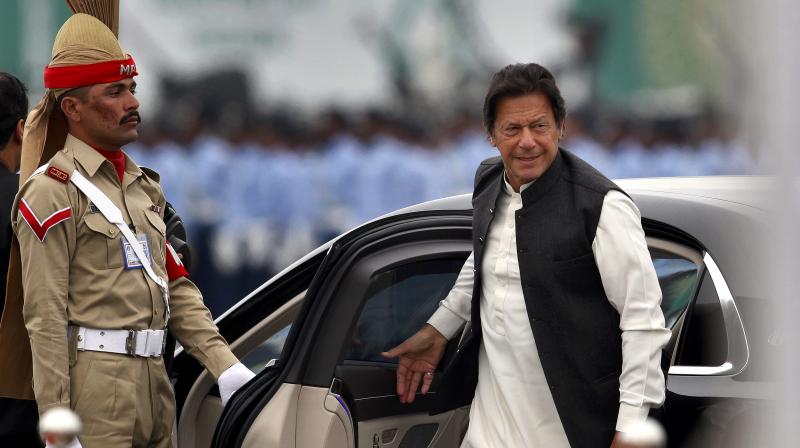 The Afghan peace process has entered a crucial phase, making it even trickier for Pakistan. As many had anticipated, Afghanistan remained the main point of deliberations held between the Pakistani and US leaderships in Washington D.C. last week. Prime Minister Imran Khan has pledged to pursue the Afghan Taliban leadership to initiate talks with the Afghan government.

During the Prime Minister’s visit, most US leaders and officials acknowledged and appreciated Pakistan’s role in bringing the Afghan Taliban to the table for talks. The US administration didn’t use the mantra of “do more” this time, but politely requested Pakistan to continue playing a constructive role in the Afghan peace process. Pakistan’s leadership categorically agreed to take up the task. On the other hand, the Taliban have also indicated that they will accept the invitation of meeting the Pakistani Prime Minister. The meeting will indicate how much influence Pakistan still has over the Taliban.

So far, the Taliban’s position on the option of direct talks with the government of President Ashraf Ghani has remained stiff. However, they had indicated that if their negotiations with the US succeed, they would then initiate negotiations with other Afghan stakeholders including the Afghan government. Yet it remains to be seen whether or not they change their position on initiating a separate talks channel with Kabul. In the event they show reluctance and deny Pakistan’s request, will Pakistan adopt a coercive approach?

For Pakistan, restoring its relationship with the US is important not only for speeding up economic recovery but also for rebalancing its regional geostrategic position. The country had been suffering because of its dissimilar approaches towards the Afghan Taliban and other militant groups. In recent years, it has tried to diversify its strategic partnerships, ranging from Moscow to Beijing, and Istanbul to Riyadh, which also entailed some valuable defence partnerships. But it appears as though the policymakers did not see these partnerships as a counterbalance to growing US unfriendliness. The strengthening strategic partnership between India and the US also affected the Pakistani establishment’s policy choices, forcing it to review its approaches towards Afghanistan and the Taliban.

So far, the Taliban have proved to be hard negotiators. Their talks with the US would focus on the broader framework of the withdrawal plan and interim setup, but committing to a permanent ceasefire would be a hard point for the Taliban leadership. Many field commanders are under the illusion that they are winning the war, and would not easily agree on anything less than their rule over the entire country. This delusion of victory has reached such a level that it would be an enormous challenge for the negotiating Taliban leadership to overcome. They know that convincing the field commanders on power-sharing with other Afghan stakeholders is a difficult task. The chances of low-level revolts against the leadership cannot be overruled. Such revolts may not be difficult to handle for the Taliban, but can provide them an excuse for prolonging the negotiation process. This scenario cannot be ignored in the second phase of the reconciliation process. The first stage, consisting of direct negotiations between the US and the Taliban, may go through all the bumpy patches. It would give a sense of victory to the Taliban, but the second stage would be more turbulent when power-sharing and constitutional issues would be discussed.

For Pakistan, the Taliban will remain a challenge at both stages. The US and other major global actors, including China and Russia, are relying on Pakistan — and if the Taliban refuses to listen to Pakistan, it would be a disaster for the establishment. It is a known fact that many Taliban field commanders are not happy with Pakistan, and the Taliban leadership resists Pakistani pressure citing this as their argument. Pakistan might also have other options to pressurise the Taliban leadership. The Haqqanis could be effective in the Taliban decision-making process, but they have a limit to their influence. Can Pakistan envision a complete disconnect with the Taliban? This is a tough question, but the Taliban too cannot afford to say goodbye to Pakistan.

It will be a test case for the Prime Minister and military leadership to fulfil the international community’s expectations — i.e. to make a deal possible between the Taliban and other Afghan stakeholders.