Opinion   Oped  28 Apr 2019  ‘If Priyanka had fought from Varanasi... Modi would have lost’
Opinion, Interview of the Week

‘If Priyanka had fought from Varanasi... Modi would have lost’

All the work for development of the corridor has been given to Gujaratis. No local has got any job. 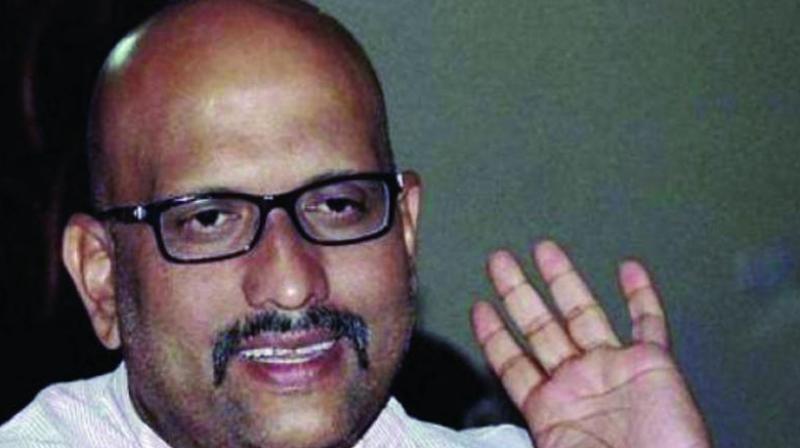 He took on Narendra Modi in 2014 and is again mounting a challenge on behalf of his party this time. In an election that is quite obviously one-sided, with Congress general secretary Priyanka Gandhi refusing to take the bait of a contest against the Prime Minister, it is AJAI RAI who is leading the battlefront on his party’s behalf. In an interview with SREEPARNA CHAKRABARTY, Mr Rai talks about how things were in favour of the Congress this time and that he is confident of mounting a tough challenge to Mr Modi.

How well do you think your party will fare in these polls?
Things are in our favour. In the recent Varanasi municipal elections, we were in second position. Despite Narendra Modi being the local member of Parliament, we have increased our seat tally from 5-6 to 20-22.

As of now, there is no polarisation here. The BJP, for that matter, is even losing Gujarat. They had 26 seats earlier, this time Congress will get at least 8-10 seats.

The BJP will have to pay for the temples which were broken for the Kashi Vishwanath corridor project. People here are very religious. All sections and castes of Hindus are extremely religious here. Even Muslims oppose this.

What are the issues on which you will challenge Mr Modi?
Mr Modi had come to Varanasi in 2014 and had promised to make Varanasi another Kyoto. He had said that jobs would be created and factories would be set up. Nothing has happened. Some Chinese lights have been put up on roads and government hospitals have been remodelled, but nothing big has happened. On the other hand, under the garb of making the Kashi Vishwanath corridor, he has destroyed temples and houses.

The city’s heritage has been destroyed by demolishing houses along the Kashi Vishwanath corridor. The people of Varanasi have been overlooked in its own development story.

But people seem largely satisfied. People are scared. They are scared of false cases being filed against them... about the safety of their families and children and that is why they are not speaking. I, myself, have been a victim. On May 19, they will give their decision.

Speculation was rife about Priyanka Gandhi contesting from Varanasi. If she had come to Varanasi it would have been good and Mr Modi would have lost.

How do you think the SP-BSP-RLD gathbandhan would fare?
The gathbandhan is supporting the BJP. Why did they not wait for the Congress to announce its candidate before fielding their own candidate?

They have fielded Shalini Yadav, who was earlier with the Congress. It is hard to believe that they did not have their own candidate. Shalini Yadav has only fought a mayoral election. They have totally joined forces with the BJP.

Varanasi is known for its temples. People are quiet as they are scared. We have lodged an FIR. I have been targeted for speaking out and was in jail for seven months.

People spoke out against this, but the administration buried the matter. Local BJP leaders did not speak. They just sat at home.