Posturing not enough, only promoting SEZs will bolster FDI inflow

The government had constituted a committee under the chairmanship of industrialist Baba Kalyani to review the SEZ policy. 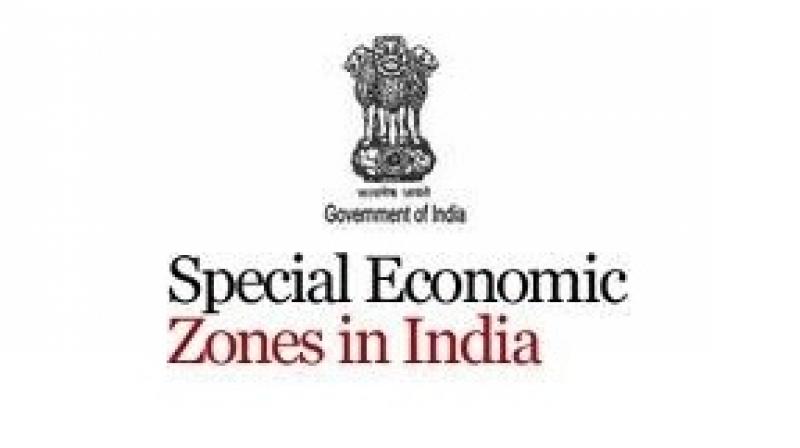 It was recently reported that out of 421 approved SEZs in India, only 355 were notified and just over half (231) were operational. (Photo: File)

It was recently reported that foreign direct investment (FDI) inflows to India dropped by seven per cent to $33.50 billion in April-December 2018, when compared with the inflow of $36 billion during the comparable period in 2017. We may soon experience the first full year decline in FDI inflows since the Narendra Modi government assumed office. This will also have an adverse impact on our international trade. While several reasons have been attributed to such a decline, untenable policy positions and uncertainty due to several factors, including the shifting of goalposts, appear to be the key. On the other hand, we are making a noise about boosting exports to create more jobs, amid a global economic decline. We need a more cogent and hands-on approach to achieve these lofty goals.

This situation does not bode well for the government, which wants to leave no stone unturned to attract FDI, expand the economy, boost farmers’ welfare and boost exports as one of its success stories. Suresh Prabhu, commerce and industry minister, recently highlighted that the government was working on a blueprint to increase FDI inflows to $100 billion through a targeted approach. Further, the government has recently taken some new measures aimed at boosting exports from India.

Such posturing is simply not enough. The government will need to shun rhetoric, move beyond overtures, and prepare a comprehensive strategy informed by ground realities to attract export-oriented FDI. Hitherto, special economic zones (SEZs) have played an important role in attracting export-oriented FDI to the country, especially in the services sector. Exports from SEZs grew about 15 per cent to Rs 5.52 lakh crores in 2017-18, when compared with the previous fiscal. However, the growing governmental apathy and the lack of a coherent approach has taken its toll on SEZs over the years. The rollback of some tax incentives and imposition of the minimum alternate tax and dividend distribution tax has contributed to SEZs losing their sheen.

It was recently reported that out of 421 approved SEZs in India, only 355 were notified and just over half (231) were operational. Moreover, close to 24,000 hectares of land lies vacant in these SEZs. This is despite other nations leveraging their SEZs to attract investments and create jobs. It was recently reported that 12 global companies are likely to invest $5.78 billion in Bangladesh’s SEZs, which could generate around 13,000 new jobs.

The role of SEZs in India’s economic development needs to be re-envisioned. The government had constituted a committee under the chairmanship of industrialist Baba Kalyani to review the SEZ policy. Its report, which was recently put in the public domain, notes some key challenges faced by SEZs as: complexity in undertaking domestic and international business; uncertainty in governmental policies; misalignment of different government stakeholders; the non-operationalisation of some provisions of SEZ policy; procedural delays and infrastructural bottlenecks. It goes on to recommend that SEZs be renamed as Employment and Economic Enclaves (3Es) to bring together all categories of investors that foster economic activity and jobs creation. The committee correctly points to quality infrastructure and the ease of doing business as key enablers in this regard.

We are sure that the committee is aware that mere renaming of SEZs to 3Es is not going to solve their woes, nor is going to increase economic activity or create employment. There is a need to inform policy responses with evidence from the ground and design specific solutions for specific problems. This was revealed in our recently-concluded study on SEZs, done for the finance ministry, wherein we documented the challenges faced by stakeholders in 12 SEZs across five states in India.

Limited incentives for the expansion of SEZ units was recorded as one of the key reasons inhibiting their growth. For instance, it was found that a foreign chemical unit in Dahej SEZ wanted to expand its business by establishing an ancillary unit in its vacant land in the same SEZ. However, owing to procedural delays and bureaucratic hurdles in getting needed permissions, that continued for two years, the new unit was established in Indonesia. A clear time-bound policy on incentives for SEZs’ expansion and/or an empowered ombudsman to dispose of such matters are the need of the hour.

Moreover, while the government is pushing for digitalisation of processes in SEZs for quite some time, the reality is far from desirable. SEZ units are required to apply online and submit physical copies to claim export incentives and obtain necessary permissions, which raises cost of doing business. Institutional assessment and capacity building of government officers to clear online applications in a time-bound manner is the key.

In addition, some benefits like appreciation of the value of land and rebate on state levies, while are available to units outside SEZs, are not available to SEZ units. A level playing field is necessary for enabling SEZ units to compete effectively. We also found that a multi-product SEZ is more likely to be successful instead of a sector-specific SEZ. One of the key reasons for the failure of the Surat Apparel Park SEZ was its limited focus, and its inability to diversify. These are business decisions which should have limited government intervention. Unfortunately, this is not the case.

The Bala Kalyani committee has also made some strategic recommendations to enable economic activity and job creation in the 3Es, such as operationalising an integrated online portal, granting of infrastructure status to all components of 3Es, supporting the development of infrastructure, retaining tax benefits, fostering swift dispute resolution, among others. Going forward, the government has its task cut out. It will need to walk the talk by implementing all key recommendations in a time-bound way to reinvigorate SEZs for exports, development and job creation. If it formulates another committee to consider these suggestions, we will know that it is not serious.