A modern-day twist to mantra yoga, in my view, lies in “affirmations”. 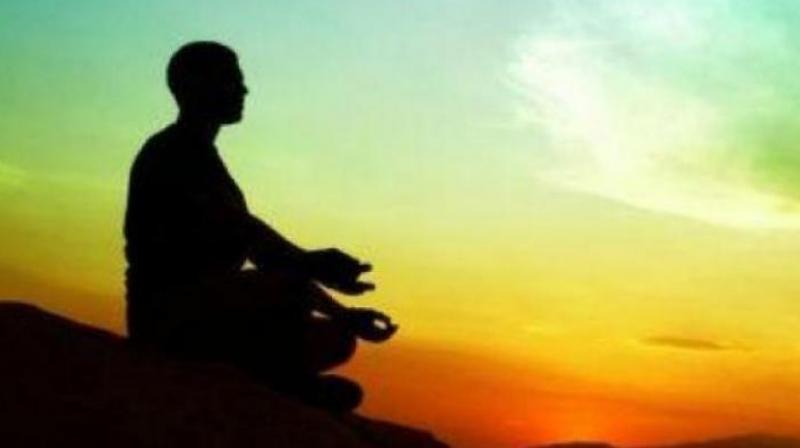 It is said that karma begins in the seed of the thought, and it is at this innermost level that mindfulness must become established and operational. When this happens, we realise that it is really an integrated quality — we cannot be mindful of our breath or emotions, for instance, without also becoming aware of our behaviour, language and conduct.

In most wisdom traditions of the world, the “word” is venerated, perhaps because it is the most effective way in which human beings communicate with each other. The word is also the vehicle for the teachings of truth, imparted by prophets, seers and saints over millennia and recorded in scriptures and texts. The word is worshipped, quite literally, in several traditions where a holy book is placed at the centre of the seeker’s universe, because it contains revealed wisdom thought to be channelled from a divine source, or which is the fruit of a seer’s own spiritual odyssey.

In Indic wisdom traditions, the intriguing concept of Nadabrahman goes a step further and equates sound with the supreme entity. If one translates “Brahman” as the underlying matrix of life, the ground of reality, then Nadabrahman could be understood as sound as an expression of that reality and also as a possible means of experiencing it.

One way of doing this is through a conscious chanting of mantras, which are collections of not just invocatory words but have woven into them specific seed (beej) sounds. These, like Om, hreem, shreem, phat, and so on, are thought to contain within them, like seeds, the potential of creating specific vibrations within and around the chanter. In tantric practice, they are used to invoke and energise the human body, comprising chakras, nadis and the kundalini.

In fact, mantra recitation has been seen as a credible spiritual path on its own, called mantra yoga or mantra sadhana. The fact that most teachers might prescribe mantras in conjunction with other practices to evolve a balanced path for the seeker in no way detracts from their transformative effect, both vibrationally and as tools that aid an experience of truth.

An engaging example of the effect of unceasing mantra recitation unfolds in the 19th century mystical Russian story, The Way of a Pilgrim. In it, the narrator is so moved by the words “pray without ceasing” that he decides to do precisely that and begins to recite a simple Jesus prayer in the manner of a mantra, turning it upon his in-breath and out-breath. His fascinating pilgrimage is towards a continuity of attention, and he feels transformed both by the prayer and by the unbroken awareness that develops as a result.

A modern-day twist to mantra yoga, in my view, lies in “affirmations”. Affirmations attempt to create mindfully personal scripts that are positive in nature and affirm wholesome emotions, which are repeated through the day to bring oneself to equanimity and well-being. In doing so, affirmations attempt to harness the energy of the word to create a fulfilling experience of life.