Unfair parallels: Why are Indians silent, apathetic about Kashmir?

The conscience of the very same people does not stir when it comes to Kashmir. 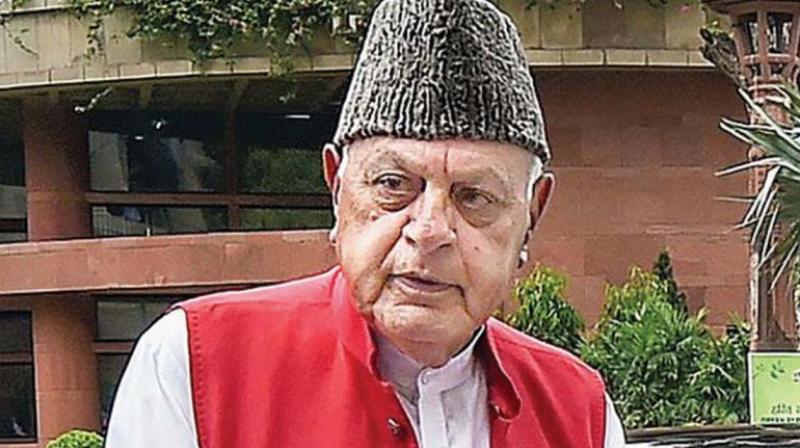 In New Delhi, there is a ready template for containing the Kashmir story. Barring a handful of intellectuals who summon courage to speak up for the political and human rights of Kashmiris, the Indian leftists, secularists, centrists and right-wingers are all unanimous in justifying the unjustifiable in Kashmir. There is unity of thought when it comes to the Kashmir siege.

With respect to Kashmir, they are comfortable with the argument of power instead of the power of argument. They are comfortable with human rights abuses, collective punishment meted out to the Kashmiri populace, disempowerment and dispossession of Kashmiris at multiple fronts, and also with the recent unilateral scrapping of Kashmir’s regional autonomy and statehood. Everything is defended in the “national interest”, including the detention and slapping of Public Safety Act against a five-time chief minister, Dr Farooq Abdullah, and several hundreds of political leaders, civil society actors, rights defenders, lawyers and traders.

If one were to do content analysis of the media coverage of the ongoing anti-Citizenship Amendment Act protests across India and then compare it with the Indian media’s coverage of the civilian protests in Kashmir, one would come to a discomfiting conclusion: For large sections of media houses based in Noida, New Delhi and Mumbai, a Kashmiri protester has no name, (s)he is without dignity, always acts at the behest of Pakistan, and is a “paid agent” or “agitational terrorist” who cannot have an opinion. The brute action of government forces is always defended if the victim happens to be a Kashmiri. A Kashmiri Muslim to be precise. A Kashmiri Muslim is not supposed to have an opinion. And has no right to have political aspirations.

On the contrary, the police action against student protesters across India is always described as brutal action by the same media houses and the peoples’ democratic right to dissent is asserted by the outspoken anchors. In the case of Kashmir, the liberal outspoken anchors turn into Fidayeen Corps batting for the ruling dispensation. Perhaps the similarities with Kashmir start and end with the Kashmiri slogans that are being raised in anti-CAA protest rallies in different parts of India. No matter which side of the ideological fence one belongs to, one has to agree that the creativity of Kashmir has prevailed. For poetic rhythm and meter Kashmir’s slogans have prevailed.

The Kashmir society is quietly seeing its local media houses succumbing, crawling, bending and writing editorials on apricots and cucumbers than on the Kashmir siege, political detentions, abrogation of Articles 370 and 35A, the longest-ever Internet shutdown, and of the political and human rights of the natives.

In Sarajevo, one newspaper survived the 43-month long siege of the city and ensured that the newspaper was out in the market even if there was no bread available to eat the next morning. It was said at the time that as long as the newspaper existed, Sarajevo existed. By that yardstick, Srinagar is long dead.

Friends, civil society coalitions and saner elements in India must know that Kashmir has associations for the parents of disappeared persons and pellet victims. Eye specialists from India spend money on advertisements in Kashmir’s media to offer consultations at concessional rates for Kashmiris hit by the lethal pellet-firing shotguns. The United Nations human rights body has mentioned the lethality of the pellets in its recent damning reports on Kashmir.

In Kashmir, a school principal by the name of Rizwan died in police custody early this year. In August 2016, a research scholar and lecturer Shabir Ahmad Mango was killed by torture in a nearby Army camp in south Kashmir’s Khrew area. Eighteen-month-old baby girl Hiba Jan was hit by pellets in south Kashmir. In April 2017, Farooq, a civilian, was paraded through several villages after being tied on the bonnet of an Army jeep.

Let’s face these facts and have respect for facts. Only after having understood this distinction one can at least endeavour to exercise some restraint before drawing unfair parallels.

At the moment, the right thinking Indians are on the roads with the aim to save the very idea of India.

The conscience of the very same people does not stir when it comes to Kashmir.

Delhi’s chief minister Arvind Kejriwal was among the first ones to indulge in chest-thumping when Jammu and Kashmir was downgraded to a Union territory. He described the revocation of Kashmir’s autonomy and statehood as a “great step”. As if sounding a hawk and irrational on Kashmir is a test of an Indian citizen’s patriotism and national character.

Despite this silence and apathy, many Kashmiris are expressing solidarity with students of the Jawaharlal Nehru University (JNU), Jamia Millia Islamia, Aligarh Muslim University, Jadavpur University and other protesters who are out there for their rights and right to dissent. Kashmiris do feel the pain for they are in pain since 1989. And the only fluid in their body is tears!