Protests can be absurd sometimes

The snowflake twitter storm troopers objected to this labeling on the grounds perhaps, that it implied that only males were welcome to eat it. 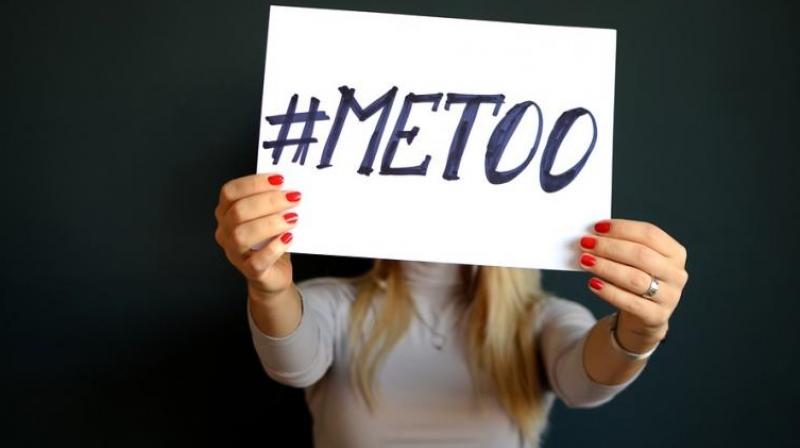 The #MeToo movement is centuries behind its necessary time and has hit India in a very welcome way, even though the courage to expose the sexual misconduct of men in power over women arrived by and large after the West set a lead.

A snowflake is the most delicate of crystalline structures of water. Looked at through crystallographic magnifiers, it’s very pretty. The least heat, the most gentle rays of the sun, melt it. It’s very short-lived in the real world.

The snowflake has, in recent English usage, given its name to those individuals, mostly adolescents of college-going age in America and Britain, who profess various delicacies and demand protection and safe places from what they consider, in the main, opinions and even phrases. The strongest manifestations of their dislikes are assaults on statues of historical figures who were involved in colonial conquests of Africa or who fought on the losing. slave-owning side of the American Civil War. Another popular and frequent maneuver is the banning of speakers with whose opinions they disagree. It’s called “no-platforming” in universities and has been used in the cause of the protection of some newly-contrived delicate sensibility to ban the likes of the pioneering feminist Germaine Greer. I am aware that Ms Greer voices opinions with which many people disagree and some are even shocked and astounded by, but shock and astonishment should be absorbed as part of the knocks of debate, if not of a cruel world.

The latest outbreak of snowflakeism, which, like a rolling snowball gathers volume as it goes, is a twitter storm of protest against the word “man”. The supermarket chain Waitrose had in its food counter, a sandwich made of a brand of pate called “gentleman’s relish”.

The snowflake twitter storm troopers objected to this labeling on the grounds perhaps, that it implied that only males were welcome to eat it. Waitrose, in the interest perhaps of avoiding protest demonstrations outside their outlets or boycotting of their shops, capitulated and said the labeling wasn’t intended to imply that it was a male-only snack. The name simply came from the age-old name of the pate, which came, as I remember, in little round tins. They announced that the sandwich would be renamed. “ladies relish”? or “gender-neutral relish”? (Come back Lewis Carrol, where are you when we need your imagination the most?)

There have been other casualties in the “man” wars. The most ludicrous instance was the snowflakeian respelling of woman as “womxn”. The Wellcome Collection, an art exhibiting institution, advertised their display of women’s artwork and used the non-word “womxn” “to include people of transgender”. It seems this was a light snowfall too far. Women responded by asking why an exhibition by men wasn’t spelt mxn. Others queried Wellcome’s right to invent words. Another told Wellcome to “f*** off”. My question to them would have been, “How do you pronounce it?”

There might well be a case for the women of an Indian campus to “no platform” any politician who, for instance, denies women entry to a temple. Though the animus for such a no-platforming is obvious, it may be more effective to platform one and challenge him. Even better, find a woman in favour of the ban on women in temples, invite her and mount a challenge to her views.

Such a challenge would deal with a real issue of the rights of women, whereas changing the Laws of Manu to The Laws of Womanu or the Laws of Personu would be fatuous. And when he gets the Nobel Prize, will the snowflakes protest that the citation ought to be in the name of Salperson Rushdie?

No doubt, gentle reader, these absurd inventions of mine will be read as such — but are they more absurd than inventing “womxn”?

One columnist in a national UK newspaper argued for sympathy for lexical snowflakes, saying that the phenomenon is a manifestation of their powerlessness in a world that needs correction and reform in many ways. She contends that the lexical snowflake feels helpless to change things that really need changing, and so resorts to protesting against a supermarket that labels a sandwich with the word “gentleman”.

Lexical protestors are not new. Decades ago, there were insulting forms of expression and epithets which were racist or demeaningly sexist, which stimulated campaigns to ban them. One can’t abolish words. The “N” word to describe African people is rightly regarded as racist and though perhaps even half a century ago, it may have been in common usage or part of an idiom concerning a woodpile, it is today only used in deliberately insulting circumstances or as ironic frivolity by African-American men addressing each other.

Protest against words is probably necessary in very many contexts, but it is the easiest form of revolt and takes very little effort but probably imparts a sense of achievement if a supermarket chain feels obliged to apologies and change the name of a soup from cock-a leaky to sexual organ-a-leaky (Yuck! Who would buy it?)

The #MeToo movement is centuries behind its necessary time and has hit India in a very welcome way, even though the courage to expose the sexual misconduct of men in power over women arrived by and large after the West set a lead. The snowflake movement is bound to follow (and I apologise for a lack of research if it already has). One just hopes it doesn’t resort to absurdities such as insisting in a gender-neutral way that picturesque names like Mahalingam be fatally altered.