Fasts in Hinduism are aimed at eschewing the mundane desires of the body for the nourishment of the soul. 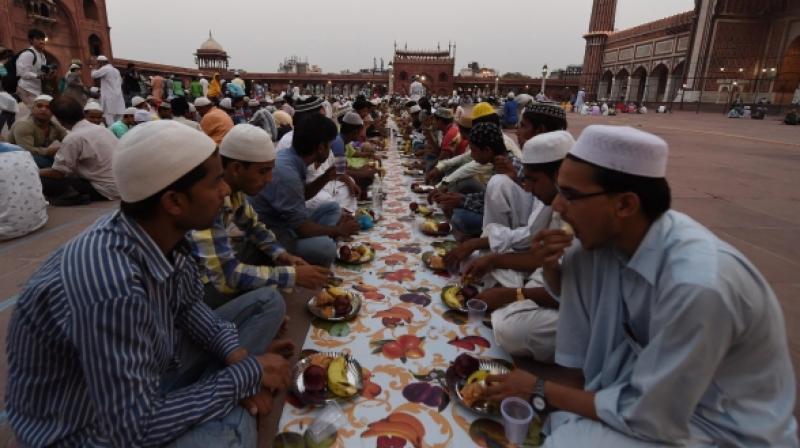 Ramzan requires a complete spiritual inclination towards the achievement of the ultimate purpose of fasting — taqwa (spiritual consciousness and righteousness) — as articulated in the Quran.

The commencement of the sacred Islamic month — Ramzan — is a glad tiding for us. But it brings us both bliss and cautiousness. While we rejoice God’s grace throughout the month-long feast, we are put in a tough spiritual test, not only in our fasts but also in the entire practical life. In the true sense, one becomes a Sa’im or Rozadar (the one who keep fasts) only when s/he eschews all spiritual vices — hate, anger, jealousy, lying, cheating, backbiting and other evils. Merely engaging in a physical exercise of hunger and thirst without achieving this spiritual state is not the end. Prophet Muhammad (pbuh) categorically stated it: “Whoever leaves the food and drink, but does not give up falsehood, evil deeds and badmouthing to others, Allah is not in need of his/her fasts.”

Ramzan requires a complete spiritual inclination towards the achievement of the ultimate purpose of fasting — taqwa (spiritual consciousness and righteousness) — as articulated in the Quran: “O you who have believed, fasting is decreed upon you as it was decreed upon those before you, so that you may become righteous.”

Taqwa is the core essence of fasting in Islam. Muslims are ordained in the month of Ramzan to get well-trained to lead the entire life with full cognisance of the divinity, righteousness and spiritual consciousness. Enjoining good and forbidding evil (amr bil m’aruf and nahy anil munkar) is the means to achieve this noble end.

As the Quran states in the above verse, fasting was prescribed for the earlier prophets and their people with the same purpose, which is, attaining taqwa and warding off the evil. For instance, fasting is prescribed in Judaism as an “inner-directed” and “outer-directed” act of virtue. Jews traditionally observed two types of fasts — collective and individual. The former were meant to seek the mercy of the almighty for the whole community, while the latter were kept as atonement for sins. There are regular fasts in the Jewish jurisprudence such as the day of Sabbath, which has the greatest significance as enunciated in the Mosaic Law.

Similarly, Jesus Christ exhorted to observe fasts with an aim to achieve a higher spiritual culmination. Just as Muslims are ordained, Christians are also required to abstain from food and drink for the same purpose in a way which ensures sincerity and selflessness. Jesus Christ instructed his close disciples to fast in this manner: “And when you fast, don’t make it obvious, as the hypocrites do, for they try to look miserable and dishevelled so people will admire them for their fasting. I tell you the truth that is the only reward they will ever get. But when you fast, comb your hair and wash your face. Then no one will notice that you are fasting, except your Lord, who knows what you do in private. And your Lord, who sees everything, will reward you.”

Notably, the ultimate spiritual purpose of fasting is also prescribed in the Vedic scriptures. Fasts in Hinduism are aimed at eschewing the mundane desires of the body for the nourishment of the soul. According to Vedas, fasts should be observed every once, twice or thrice a week to build a closer personal relationship with the Lord. For instance, on the day of Ekadashi, a fast is observed by the followers of Sanatan Dharma.