The Balakot facility was headed by a brother-in-law of JeM chief Masood Azhar. 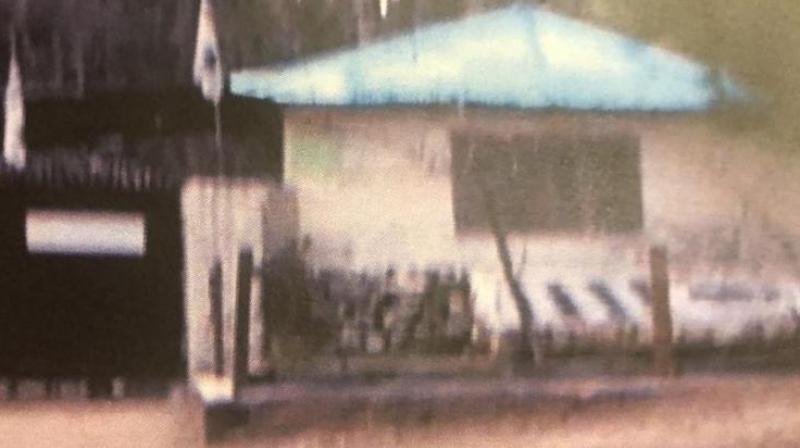 This pre-emptive action was described as an “intelligence-led operation” in which a large number of Jaish militants were killed. (Photo: ANI)

Twelve Mirage-2000 combat jets of the Indian Air Force crossed the Line of Control in the pre-dawn hours of Tuesday — for the first time since the 1971 war — and struck at several locations, including the Jaish-e-Mohammed’s biggest training camp at Balakot, in a payback for the Pulwama attack 12 days ago. The Balakot facility was headed by a brother-in-law of JeM chief Masood Azhar. This pre-emptive action was described as an “intelligence-led operation” in which a large number of Jaish militants were killed.

The Prime Minister of Pakistan is a Pathan, justifiably proud of his Niazi ancestry. But he is no Ahmed Shah Abdali whom he may perhaps be attempting to emulate, subconsciously, or even consciously. The impact on India of the Pakistan PM’s recent read-out message from the script prepared by his masters, the Pakistan Army and its Inter-Services Intelligence (ISI), crashed well short of its target. Because the times have moved on — this is now 2019, and a New Age India. The Pakistan Army, still trying the theories of “badla”, should know it only too well, as Bangladesh in 1971 had proved. But the Prime Minister of “Naya” Pakistan is still new to the game, and his confidants must advise him accordingly.

The fidayeen attack on February 14 on a Srinagar-bound CRPF convoy on National Highway 44 near Awantipore, in Pulwama district of Jammu and Kashmir, raised the bar for violence in that troubled state and introduced two new elements into the “hot peace” environment between India and Pakistan — the suicide bomber and the vehicle-borne improvised explosive device, or VBIED, otherwise known as the car bomb. The high-powered bomb is neither simple or easy to fabricate. The suicide bomber is the lead player in a dark drama of self-immolation. He (or she, at times) is a very special “designer” product, whose preparation for the final debut requires careful crafting by experts with ideological knowledge and psychological motivational techniques. Similarly, the preparation of the VBIED and its “suicide driver”, in this case Adil Ahmed, requires a certain level of technical expertise and requisite infrastructure, and above all some local support within the vicinity of the planned incident. All these were present in the
case of the Pulwama incident, which is undoubtedly a case of massive intelligence failure.

The action-reaction chain that began with the Pakistani trans-LoC attack at Uri was retaliated with an Indian retaliatory trans-LoC SHBO (Special Heli-Borne Operation), or “surgical strike”, onto militant launchpads in Pakistan-occupied Kashmir in the Naugam area by Indian Special Forces.

India’s surgical strike was a dramatic operation almost made to order for the silver screen, and subsequently popularised in contemporary folklore titled as the “surgical strike”. Fortunately, there had been no casualties among the special forces. But a euphoric public and an exultant political class must never forget that an SHBO always remains a very high-risk mission which requires detailed and, above all, patient, cool-headed planning, and is always a gamble, carrying a significant potential of turning into a high-cost failure should any one of innumerable details go wrong.

In the run-up to this year’s general election, meanwhile, television images of the petulant political dogfight over “ownership” of the surgical strike devalues the courage of the special forces who literally jumped “into the jaws of death, into the mouth of hell”.

The background narrative focuses on two nephews of Masood Azhar, who joined the Hizbul Mujahideen as fidayeen in the jihad against India in the Kashmir Valley. A Pakistan-inspired militant’s lifespan in Kashmir Valley tends to be brief, sometimes measured only in days. Both the nephews of Masood Azhar were killed by the Indian security forces. They perished by the same sword which they aspired to live by. Masood Azhar took his nephews’ deaths as a personal insult which demanded “badla” in the Pashtun code. He sent back across the LoC his hitman, Kamran, aka Ghazi Rashid, reputed to be a “hardened veteran” of the CIA-inspired jihad in Afghanistan, and who had become an explosives “expert” in the process. His task had been to recruit misguided young Kashmiris and motivate them to become suicide bombers for jihad against India and hopefully, in time, to turn India into another desolation spot like Syria, Chechnya or post-Saddam Iraq. But the Indian Army does not welcome criminal intruders from Pakistan across its “line of death” along the Line of Control. Within 40 hours of the Pulwama incident, Kamran (“Ghazi Rashid”) was dead, hunted down and killed by the Indian security forces. India’s repayment for Pulwama had already commenced.

This is also an appropriate place to mention that the Pakistan Army and the ISI are not the only enemies India has to contend with. Pulwama has given rise to other villains as well, this time lumpen elements in Indian society with extreme sectarian anti-minority views who kill, intimidate, injure, maim and lynch their fellow citizens, all Indians, especially those from Jammu and Kashmir, as well those of minority faiths who live peacefully throughout the country in exercise of their inalienable rights as Indian citizens to live anywhere in the country, and study, work or practice any profession here, without threats or harassment or assault by lumpen elements with political muscle. The Government of India has a prime duty, as part of its “raj dharma”, to enforce the law strictly and protect all citizens regardless of race, ethnicity or religion.

Also, perhaps for the first time, India has chosen to closely examine the arcane fine print of the hitherto sacrosanct India-Pakistan Indus Waters Treaty and exploit its provisions to its own advantage. It will be very long haul, but at least a concrete start has been made. Hopefully, there will be continuity in future policy as well.

The Indian Army is a dynamic organisation and with a proud record of being professionally competent, totally apolitical, and completely secular. Now, with the 2019 general election shaping up as undoubtedly one of the most bitterly contested in the nation’s history, the Indian Army is indeed a strong and comforting presence.