People’s Jinnah and his memorial hall

The campaign that inspired the memorial began the day of Willingdon’s insult to B.G. Tilak at a provincial war conference on June 10, 1918. 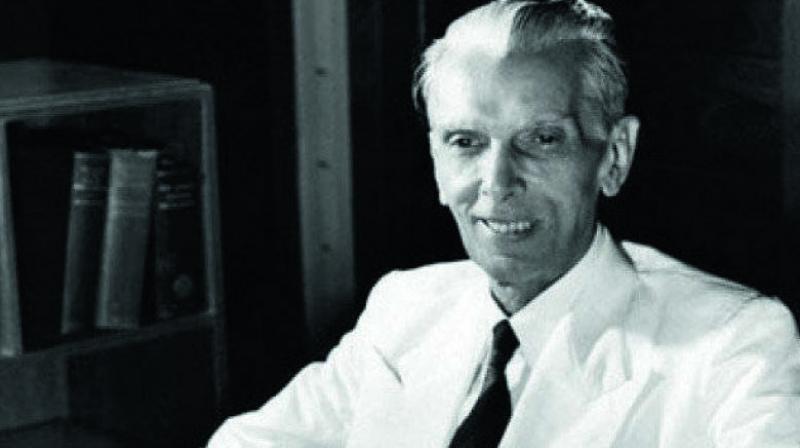 Jinnah House on Mount Pleasant Road in Mumbai has won deserved fame. Sadly, the People’s Jinnah Memorial Hall in the same city has been ignored. It stands, however neglected, as a testimony to Quaid-i-Azam Mohammad Ali Jinnah’s achievement and standing as a staunch fighter against British rule.

Two successive governors of Bombay, Willingdon and George Lloyd, were inclined to recommend his deportation out of India. In 1918, the British labelled Jinnah an “extremist” and even, horror of horrors, a “Bolshevik”.

The campaign that inspired the memorial began the day of Willingdon’s insult to B.G. Tilak at a provincial war conference on June 10, 1918. Tilak, Jinnah, Bombay Chronicle editor B.G. Horniman and others were invited. Tilak walked out; Jinnah stayed back and delivered a blistering attack, silencing the governor’s interruption.

As Willingdon’s term expired, the Times of India editor Sir Stanley Reed and some others decided to hold a meeting to vote for a memorial in his honour on behalf of the city. Jinnah and 29 others wrote to him on November 8, warning him that “should any such meeting be called we shall attend the same for the purpose of opposing” the proposal.

At 7 am on December 11, the leaders of the anti-requisitionists arrived at the town hall. They were received with loud cheers by 200 or 300 supporters, who had arrived earlier and were waiting on the roadside. At 10 am, the doors were opened. The opposition leaders immediately took their places in the queue, which their supporters had held for them. Thus, the first persons to enter were Jinnah, Horniman, Umar Sobhani, K.M. Munshi, P.K. Telang, Syed Hussain, other leaders, and a large following of supporters.

They succeeded in resisting an audacious attempt to thrust them into the back seats. Headed by Jinnah, they insisted on their right as first-comers to take whichever seats they chose, and after some argument their claim to occupy the central seats was conceded. Ruttie Jinnah was on the steps to the hall managing the volunteers.

Jamsetjee Jeejeebhoy was voted to the chair on a motion by Dinshaw Wacha, seconded by Fazalbhoy Currimbhoy. Horniman’s protests and his motion that Telang be chairman were ignored. Bedlam ensued. The police commissioner came in to clear the hall. Jinnah was among those assaulted by the police. However, he and his colleagues were received with loud, continued roars of applause. Jinnah and a couple of others addressed them from the windows of an insurance company. They met that night at a meeting at Shantaram Chawl, where Jinnah and Tilak used to address people. Jinnah was already a mass leader by then. Munshi said of Jinnah that he had never seen the likes of him before.

A Bombay solicitor, B.D. Lam, wrote a letter published in the Chronicle on December 10: “If, as a result of the meeting, anybody deserves a memorial, it is Jinnah, whose fine leadership and fearless courage have marked a great epoch in the public life of Bombay. He has shown the spirit of our late lamented leaders like Dadabhai Naoroji and Gopal Krishna Gokhale.

“We should mark our great appreciation of Mr Jinnah’s service by raising a fund in which each of his supporters should contribute one rupee. That rupee will come not from a man’s pocket but from his heart. If we had our own way we would raise a statute of Jinnah to be placed in the Town Hall of Bombay, for Jinnah has forever laid low the tyranny of town hall meetings held in the name of the public. His name will be cherished forever as the great Indian who is a symbol of their true public spirit. That spirit never existed in Bombay, but Jinnah has established it on firm basis in yesterday’s proceedings. We ought not to allow this occasion to pass without a fitting tribute to Jinnah. A souvenir ought to be presented to him to mark the everlasting services he has rendered not only to Bombay but to the whole of India.”

Within a month, 65,000 citizens had donated a rupee each to the fund. Annie Besant came down from London specifically to inaugurate the People’s Jinnah Memorial Hall. Jinnah was 42 then.

In 1985, I wrote an article on Jinnah for the Illustrated Weekly of India for which I requested the editor, Pritish Nandy, to have his plaque cleaned of accumulated dirt before he took photos of it. Inscribed on it were these words: “This Hall has been raised by the citizens of Bombay to commemorate their historic triumph of 11 December 1918 under the brave and brilliant leadership of Mohmed (sic) Ali Jinnah”. By 2018, the plaque was gone.

History cannot be wiped out thus. From 1906 to 1947, Bombay witnessed Jinnah’s contribution to India’s struggle for freedom, and for respect for civil liberties. He is an important part of its history. Pakistan is a monument to Jinnah’s tenacity and skill. India is a mute witness to his greatness. His dreams lie buried in India as well as in Pakistan.