For Londoners, the exit was very painful — as this multicultural city had voted to “Remain”. 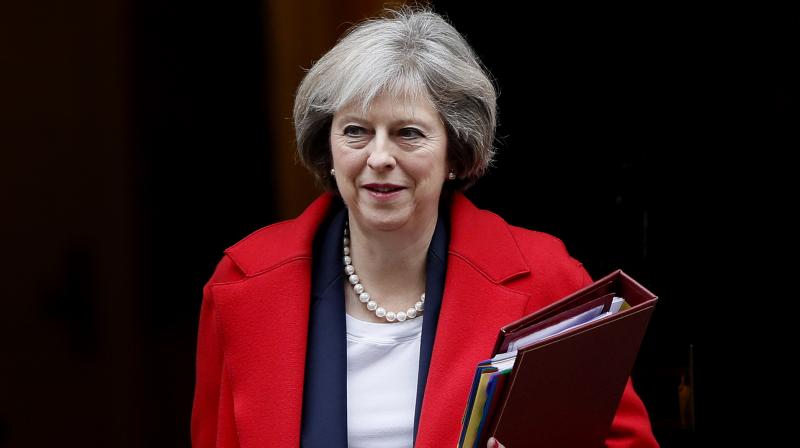 What an amazing, celebratory, shocking, joyous and painful year it has been. Both the UK and the United States went through their own turmoils created entirely through the ballot box. In the UK, 2016 will be remembered forever as the year in which Britain decided to leave the European Union. The term “Brexit” has already entered the Oxford English Dictionary. That night of June 23/24 was the sort of historic occasion when we will ask each other in the future: “Where were you when we Brexited?” For Londoners, the exit was very painful — as this multicultural city had voted to “Remain”.

It was around 4 am on June 24 when the results came and the pound plunged. None of us could believe it. I empathise with those who did not believe that Donald Trump would win, as I had the same sinking feeling on June 24. So many felt we were living in a parallel universe — surely in the real world people had to be smarter, cleverer — less parochial and inward looking? (Such is our vanity!) But all adjectives and remonstrations failed as we viewed the enormity of the result. It was as though a silent, invisible tsunami had swept the landscape, and we could only deal with the aftereffects. But fair or not, correct or wrong — who could judge? Once we had been given a free and fair democratic vote — one had to bow to the mandate.

But it has been a difficult decision to deal with, and the divisions continue to trouble — as the “liberals” and intellectuals grapple with a new UK. The Remainers feel cheated and want another referendum and the Leavers continue to insist that one referendum is enough. Brexit has taken over our life and our politics.

But then, it was sad to see David Cameron depart from politics. We will always cherish his help with the Gandhi Statue in Parliament Square. He was a gracious host for Union finance minister Arun Jaitley, who unveiled the statue, and then again for Prime Minister Narendra Modi when he addressed local Indians at Wembley. Theresa May has swiftly taken his place as if she was always ready to be Prime Minister. Priti Patel is a Cabinet minister, a first for a PIO.

London voted to Remain, with our own borough of Lambeth with the highest margin 72/28. But then London has its own unique character.

After all, in Sadiq Khan we have a Muslim mayor, the first in the West of a major metropolis. He is so firmly pro-Europe that he wants special status for London to negotiate separately. The fourth sculpture chosen for the empty plinth in Trafalgar Square — the strong upright thumb — says it all. London has its own will and will try to have its way.

London also got its first black bishop. Just as the year was coming to an end, Woyin Karowei Dorgu, Nigerian by origin, was consecrated as the Bishop of Woolwich in the Southwark Cathedral. He is only the second black bishop beside Archbishop John Sentamu of York. London continues to don a coat of many colours!

It has also been the year of the Queen’s 90th birthday. She became the longest reigning British monarch ever. London celebrated her birthday in style with a picnic style lunch on the Mall for hundreds and many more cheering the monarch as she passed by in her horse carriage. Even with great grandchildren by her side she shows little signs of slowing down!

But she is trying… She just gave up being the patron of 20 charities, including the Battersea Dogs Home and Barnardo’s, passing them on to her children. She has still 600 other organisations in her care.

We are all waiting for Prince Harry to settle down. But not yet, not in 2016. It looks like in Meghan he may have found the woman who will win him. Ever since they became an “item”, the press has not left them alone for a second. Of course, Harry would like his privacy but then what good it is to be a Londoner if you can’t show your girlfriend the delights of the West End. So there they were in SoHo, catching a play, not a care in the world, walking around nonchalantly. Let us hope 2017 will bring a royal wedding.

For me personally, the year saw the realisation of a dream project, though it has a rather difficult India-UK history to recount: we set up the world’s first Partition Museum at Town Hall, Amritsar. The response has been phenomenal and even our curtainraiser exhibition is receiving thousands of visitors. As we begin to collect oral histories and memorabilia to place in the museum from the UK, I urge all Londoners whose families were connected with that period, to please get in touch!

And when the London School of Economics annual conference is held in New Delhi — the Partition Museum will have a special exhibition in 2017. Look out for it.

Merry Christmas and a Happy New Year to all!