He was the second chief minister of Uttarakhand and the first state Bharatiya Janata Party President. 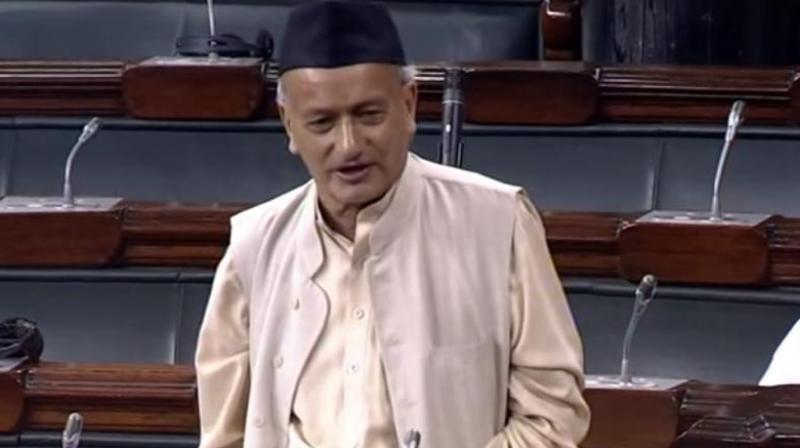 An out and out Rashtriya Swayamsevak Sangh (RSS) man, Bhagat Singh Kothari has held all important posts in Uttarakhand.

He was the second chief minister of Uttarakhand and the first state Bharatiya Janata Party (BJP) president.

The 74-year-old bachelor hails from Kapkot in Bageshwar district of Kumaon region, where he started out as an RSS pracharak (worker). He was instrumental in setting up of several branches of Saraswati Shishu Mandir, schools where RSS teachings are imparted along with formal education.

He entered the legislative council in undivided Uttar Pradesh in 1997 and served as an MLC till the formation of Uttarakhand.

Mr Koshiyari is the tallest BJP leader in the state and a Rajput from Kumaon. His clout was such in the RSS that he replaced Nityanand Swamy, the first chief minister of Uttarakhand, mid-term.

The BJP, however, lost the first Uttarakhand Assembly elections in 2002 when he was the chief minister — a jolt for him as he had replaced the incumbent Mr Swamy.

From 2002 to 2007, he remained in Uttarakhand as leader of Opposition in the Assembly. His planning and organisational skills led BJP to victory in the 2007 Assembly elections.

With RSS’ backing, it was certain that the top job would go to Mr Koshiyari, but the BJP high command had other plans.

A secret vote was organised in which 28 out of 34 members of legislative Assembly supported him, but with intense pressure from the central leadership — even the RSS had to back off —retired Major Gen. B.C. Khanduri became the chief minister.

Mr Koshiyari was later given a Rajya Sabha nomination. In the 2009 Lok Sabha elections, when the BJP lost all five seats in the state, there was once again talk of leadership change. He was again among the top contenders, but lost out at the last minute.

If BJP comes within striking distance of forming government in 2017, he will be the frontrunner for the chief minister’s post.