At home in court, Parliament, and the social circuit

Like a good lawyer with a sharp eye, he could grasp the treacherous nuances of the social and political landscape. 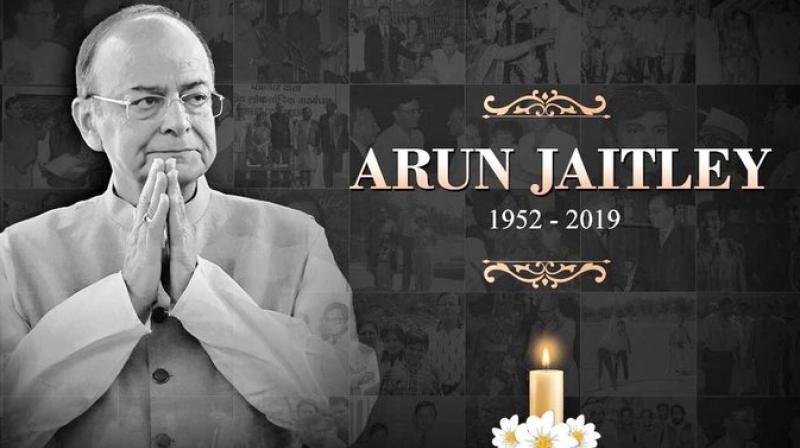 For a politician, Arun Jaitley, who passed away seven minutes past noon on Saturday in New Delhi due to medical complications, was informal, even nonchalant, chatty and humorous, relaxed. Generally, politicians take themselves seriously and others also seriously. And he loved to chat. Not many politicians are comfortable doing it. It could be because Jaitley still relished the university canteen atmosphere. He was India’s metropolitan politician of his generation. It is for this reason that he was a misfit in Indian politics where provincial rootedness was the key to success. Politicians from Mumbai, Kolkata, Chennai, Bengaluru and Hyderabad should be metropolitan but they are not because they shed their urbanity before taking to politics and win elections. That Jaitley did not win a popular election turns out to be a blessing in disguise. He did not have to shed his city mannerism, easy bonhomie to survive in the political arena. This could be seen when he would come back from the cross-examination of the feisty Ram Jethmalani in the defamation case that he had filed against Delhi Chief Minister Arvind Kejriwal, unflustered. And he had a word of praise for Jethmalani’s prosecutorial skills.

The BJP needed a politician like him, the urban, urbane face, the man who would talk smoothly and not be carried away by ideological rage, which is generally the case with BJP leaders. He was a right-wing politician alright, something that India was always in need of, and there have always been many in every party and every era. Jaitley was the right-wing politician along with many others of his generation in the party but with this difference that his right-wing credentials did not antagonise or intimidate people from other schools of political belief. This was both an advantage and disadvantage. While it gave him unprecedented opportunity in the nation’s capital to represent the party, it prevented him from becoming the essential party man who knew the cadres and the ins and outs of provincial politics though he did gain much experience while he was in charge of UP and Karnataka into local politics. He kept himself above the fray even in Delhi politics, including that of his party. Like a good lawyer with a sharp eye, he could grasp the treacherous nuances of the social and political landscape. His professional standing as a lawyer kept him above the fray. He was not the professional politician who had to survive on his politics. He had a life other than politics and that was a great help. He was a loner in the party to whom everyone turned as and when the need arose, but he was not the insider. Jaitley was in many ways a stranger in BJP, the outsider/insider.

During his stint in the Vajpayee government as minister of law, commerce, he came across as a liberal who believed in family courts, in reforming the Criminal Procedure Code and the introduction of American style plea bargaining. And when he represented India at the World Trade Organisation ministerial meeting at Cancun, he instinctively understood that the livelihoods of 600 million in rural India cannot be bartered away. At the same time, he also felt that India would have to do away with the Monopolies and Restrictive Trade Practices Commission and replaced with the Competition Commission as there is need for Indian companies to grow big enough in size to be counted among the global giants.

In his second stint in the government, as finance and defence minister, Jaitley lost some of his liberal views. He was only too ready to pass legislation without going through the Rajya Sabha where the BJP did not have majority by using the Money Bill route as in case of Aadhaar. He argued that the popularly elected Lok Sabha should have its way over the indirectly elected Rajya Sabha in matters of legislation. At one point he talked of the need for restrictions on freedom of speech.

In the fiercely competitive space within the party, he held his own because there were not many with his grasp of legalities of an issue and his ability to explain. The party had to turn to him when it came to preparing its and the government’s stance and response. But it became clear as Prime Minister Narendra Modi’s first term was winding down, that Jaitley did not seem as indispensable as he had at the beginning. Modi was an assertive leader who did not feel the need to consult colleagues. It appeared Jaitley had not much of a role to play in the demonetisation drama of 2016. Jaitley was ready to make way for others in a graceful manner.

As general secretary of the party, as Leader of Opposition in Rajya Sabha and even as Union finance minister, he found time to chat with journalists, something that very few BJP leaders are inclined to do. He would give a nice spin to the political developments of the day, without insisting it should be swallowed hook, sinker and worm. He allowed the journalists to turn around the spin on the story to their requirements. Mockingly called Jaitley’s media durbar, all were welcome with the proviso that the chatter was non-official and not to be quoted. Not that he gave away any secrets of the state or of the party, but he would explain, and many a time explain away, the good, the bad and the ugly things.

He was not competitive. He got what he got in the party and in government because it was felt that he was the only suitable man for the position. When Modi became prime minister in 2014, everyone knew that Jaitley would be the finance minister. That changed by 2018. He would have enjoyed a quiet post-political life, chatting with friends and writing his blog and social media posts. A contented man. He was not afraid of the quiet life.