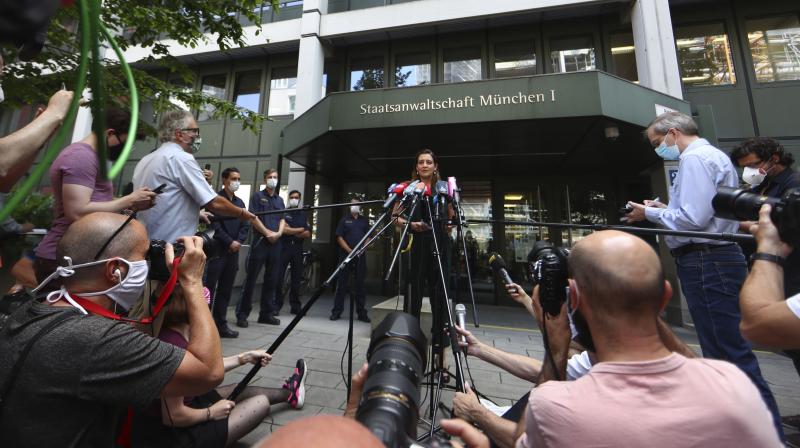 So why should Hindutva forces orchestrate a crusade against Gunasekaran and his ilk? Representational Image

Beyond the coronavirus induced retrenchments and salary cuts, Tamil journalism faces a challenge from India’s right wingers. Gripped by a fear of the impending 2021 state Assembly polls, they have launched their campaign in right earnest, not among the people but in the media.

It started with a vlogger named Maridhas, whose admiration for Prime Minister Narendra Modi is an open book, targeting a few prominent faces of Tamil television journalism, questioning their neutrality.

His prime quarry, M. Gunasekaran, heading the News18 Tamil channel, was suddenly stripped of his powers in the organisation and asked just to anchor a prime-time debate in an internal crackdown that happened a few days after the channel officially lodged a police complaint against Maridhas. A couple of other journalists were sacked and some others’ responsibilities reorganised.

But what was clearly evident was that it was not Maridhas who prompted the shuffle in News18 Tamil but mightier political forces were behind it.

That enraged not just mediapersons but television viewers and ordinary people, who took to social media to express their displeasure.

Countering the public anger was an orchestrated social media operation, which ensured that if a hashtag #ShameonyouNews18 trended on the top in the morning within hours #WelldoneNews18 came on top.

So why should Hindutva forces orchestrate a crusade against Gunasekaran and his ilk? Maridhas’ charge was that the Tamils channels were partisan — read as not falling flat at the BJP’s feet — because their decks have been filled with persons subscribing to Communist and Dravidian ideologies.

Of course there is every possibility for that since the two ideological streams run deep into rural subaltern societies and such political thoughts might have influenced the first generation learners from poor homes.

But what raised the hackles of the Hindutva forces and their acolytes like Maridhas and Sandhya Ravishankar, a freelance journalist, is how those rural youth are in the newsrooms.

Ravishankar’s juggernaut rolled in to bolster what Maridhas had spoken against Gunasekaran with a longish article on her own website.

The common grouse is understandable given the fact that upper caste people, particularly Brahmins, dominate every walk of life, including mainstream print media, in Tamil Nadu.

Unfortunately, the Brahmins, who identify every emerging field and storm in as pioneers, had lost out on the Tamil news television industry though its precursor, Doordarshan, had its due share of Brahmins.

The private Tamil news television industry started in an unprofessional manner with earlier day channels run by political parties. Those that came in subsequently did not offer worthy career prospects.

Besides, those channels followed the early Doordarshan style of presenting news through “readers” who were not journalists.

So, in 2011 when Puthiya Thalaimurai was launched as a professional venture, they had to look for journalists working in the print media who knew and could speak Tamil properly. Thus was a crop from the English print media identified and among them was Gunasekaran, who had worked his way up the career ladder from a Tamil daily to a series of English dailies.

His wide knowledge of politics and impeccable spoken Tamil helped him enter and grow in the emerging industry. It was the case with a few others, whom Maridhas is angry with.

Those new breed of Tamil television personalities became popular and endeared themselves to the ordinary people through their debates and selection and presentation of news as they had their fingers in the pulse of the ordinary people, enabled by their own humble origins.

Those who joined them in the middle and lower level editorial positions were also from similar backgrounds though the top management honchos of the channels, who vetted their applications, were upper caste elites.

It so happened that when the BJP, realising the role the Tamil news channels play in shaping public opinion, started seeking them out, they found out that the channels were filled with people from subaltern communities and raised an alarm through Maridhas and some others of his ilk.

Yet, that Ravishankar, who claims to be a journalist, could be roped in to spread canards is something incredible. It’s easy to dismiss it as a case of her settling personal scores.

While the fact that she was recruited in News18 Tamil by Gunasekaran himself knocks the bottom out of her prime allegation that only people from Dravidian background were taken into the channel, her impunity to write a highly defamatory piece raises doubts.

Of course she and Gunasekaran had had differences of opinion, which had primarily arisen from the cultural divide. But can personal dislike alone prompt a self-styled journalist to toe the line of Hindutva elements? Perhaps that’s how the BJP works. It repulses and also embraces journalists?

It just depends on which end of the cultural spectrum one stands.