Article 102 of the Constitution lays down certain criteria for disqualifications for membership of Parliament. 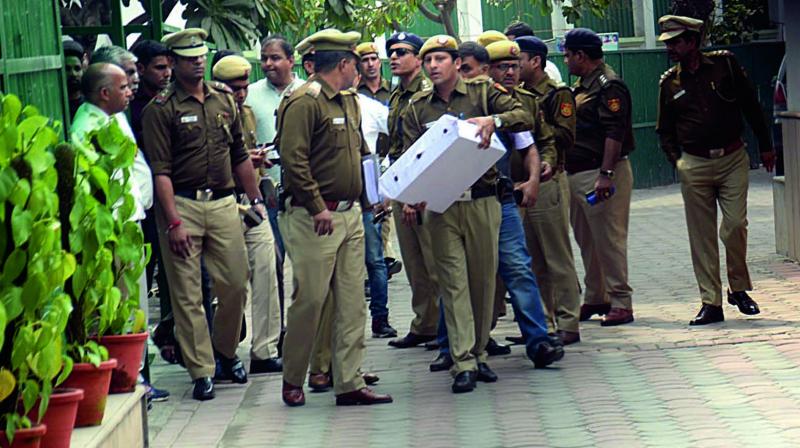 It is unfortunate that a question concerning the probity in public life should have become entangled in the cold war which the Narendra Modi government has launched against all non-BJP-ruled governments — in this instance the government of Delhi, headed by chief minister Arvind Kejriwal. At issue is the scope of the constitutional bar on legislators holding any “office of profit”. Twenty legislators of the ruling Aam Aadmi Party (AAP) were disqualified on the grounds that they held the office of parliamentary secretaries.

In 18th-century Britain, the crown could, with ease, command the votes of a couple of hundred placemen in the House of Commons; hence the statutes disqualifying holders of office of profit from membership of the Commons. Framers of the Indian Constitution accepted the principle but allowed the legislatures — Central and state — to make exceptions.

The drafting committee of the constituent assembly was, indeed, urged to delete the power to make exceptions. The offices that the committee cited as examples were parliamentary secretary, minister of state, and membership of the armed forces in an emergency.

Under Article 103, if any question arises as to whether a legislator has become subject to a disqualification it shall be referred for the decision of the President — his decision shall be final. However, before giving a decision, “the President shall obtain the opinion of the election commission and shall act according to that opinion”.

In the Delhi case, mala fides are writ large all over the record. The Legislative Assembly of Delhi enacted the Delhi Members of Legislative Assembly (Removal of Disqualifications) Act in 1997, which was amended in 2006 to include several offices exempted from disqualification. One was “the office of the parliamentary secretary to the chief minister of the government of National Capital Territory of Delhi” — and no other minister. In modern times, with the government’s expanding reach, it’s hard to see ministers function efficiently without a parliamentary secretary’s help.

On June 23, 2015, the Delhi government introduced in the Assembly, the Delhi Members of Legislative Assembly (Removal of Disqualification) Amendment Bill. It was introduced within five days of a petition that was presented to the President to disqualify the 20 parliamentary secretaries; it was passed the very next day. It was an obvious attempt to exploit the oversight in 2006. Any head of state with any claim to fairness would have accorded his assent to the bill, but the then President Pranab Mukherjee refused to do so.

The dispute was referred to the election commission, which gave its opinion to the President. On Jan 19, 2018, the 20 AAM ministers of the Delhi Legislative Assembly were liable to be disqualified. It was the last day in office of the chief election commissioner, Achal Kumar Jyoti. On Jan 21, President Ram Nath Kovind accepted the commission’s recommendation, disqualifying the MLAs. In 2015, the AAP swept the polls, bagging 67 out of 70 seats. It had to be destabilised. The government will not fall because of the President’s order, but it faces other challenges — conceived in the same spirit.

Neither the law nor the Constitution can provide a cure; it lies in the political culture of the people and their awareness. Even with the strictest of laws, the state has umpteen ways to buy up legislators to support its policies. Bribes are not always paid in money. There are any number of committees and delegations that could travel abroad to the gain of both the government and the legislators.