Sadly since Independence, India’s tryst with this sensitive post has been increasingly time serving, patronising or political. 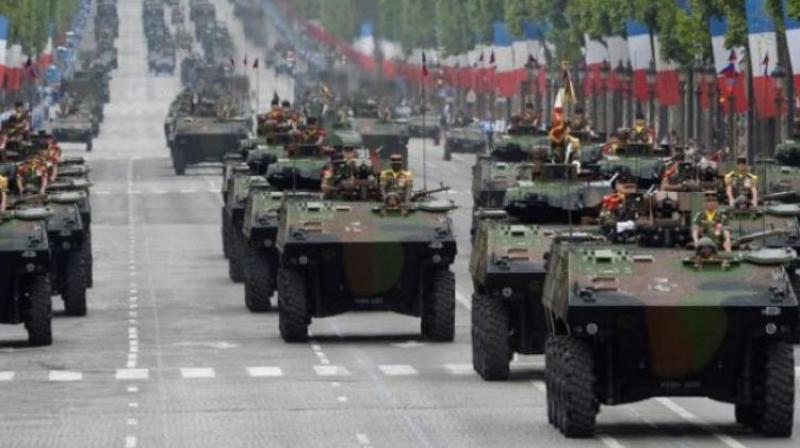 In the Indian narrative of the 26 ministers of defence till date, only Jaswant Singh could claim any functional and emotional affinity with the military. (Representational image)

Militarily, India is arguably the fourth most powerful country after the United States, Russia and China. The executive head of the US military is “secretary of defence” Jim Mattis, a former four-star Marine Corp general. Sergey Shoygu is the “Russian minister of defence of the Russian Federation”, and a four-star general of the Russian Army. In the complex Chinese system of the apex body of “state councillors”, Chang Wanquan is also a career general of the People’s Liberation Army. All three countries are vying for global dominance and security assertions that requires a hybrid framework of economic-military-geopolitical-geostrategic imperatives. These levers are carefully deployed in various degrees, permutations and combinations to further the respective sovereign interests. Besides the defence ministries, there are security experts in other ministries in both China and Russia, and even in the US, eight out of the 24 Cabinet-level officials have served in the US military. This affords strategic culture, military logic and sensitivities of the armed forces in the course of national governance.

In the Indian narrative of the 26 ministers of defence till date, only Jaswant Singh could claim any functional and emotional affinity with the military. Perhaps the strictly enforced civilian control over the military in early years, with the appointment of known military baiters like V.K. Menon, the apolitical stance of the serving soldiers and the veterans, ensured that it was sub-optimally represented in the political leadership ever since. The lacunae went unnoticed initially as the national priorities veered around self-sufficiency, defensive posturing and at best, a regional ambition that could be managed in terms of the security wherewithal offered by the well-oiled and regimented set-up of the Indian armed forces inherited from the British. 1962 was a wake-up call of the unpreparedness and it took a relatively more progressive minister of defence, Y.B. Chavan (1962-66), at the helm for the Indian armed forces to recover and gloriously deliver 1965, 1967 and 1971 in quick successions. This was again followed by an era of either direct control by the Prime Minister’s Office or by regional satraps who had neither the understanding, strategic nuance or “connect” with security matters.

Today India stands at the cusp of immense possibilities and fancies, a place on the global map for its wares, “soft power” and influence, albeit, with more pacifistic undertones as compared to the Chinese. This opportune moment is borne of the economic vibrancy unleashed in the early 1990s, and the geopolitical churn that has seen India emerge as the “pivot” for the free world. Oddly the timing also coincides with an equally unfortunate tag as the “world’s largest arms importer”, with a lopsided development reality that celebrates success with missile technology but cannot develop a perfunctory rifle for its military! Beyond development and inadequacies of materials and weaponry, there have been unresolved issues of force integrations, work conditions, status, personnel nature, etc. all pointing to a consistent relegation of the military issues to the backburner by all political dispensations. The ghosts of Bofors have continued with the “coffingate”, Westland helicopters, Tatra vehicles, etc. to now Rafale getting mired in political and acquisition-related controversy, which has little to do with the “unformed” fraternity themselves. Politico-bureaucrat combine (with some from the institution itself) have failed the forces with a combination of inaction, corruption or simple, disinterest beyond condescending platitudes and selective invocation of the “soldier” as an electoral prop.

The armed forces necessitate a strict command-and-control culture, with defined hierarchies and inviolable traditions that ensure that it retains its “kinetic abilities”. Historically, the military shuns political posturing, usurpations and disdains “voicing” its own opinion publically as that is left to the defence minister to manage the same with the required rectitude, restraint and to-the-point manner without any loaded political import. There has been an unfortunate change in recent times without any meaningful benefit to the institution. The phenomenon of photo-ops of ministers undertaking the Siachen visits, flying in fighter planes or sitting in the front seat of the official cars are all expressively designed for the constituency beyond the armed forces. The spit and polish of decorum, choona-lined cantonments, physical mannerism and “officer-like qualities” are not elitist trappings or colonial hangovers, they are euphemisms for discipline, order and the unflappable conduct that behooves a “soldier”, hence the collective frown when a defence minister takes a guard of honour wearing casual footwear — unfortunately the supposed simplicity does not win battles, only votes beyond the cantonments. It is the deeply-embedded concept of izzat or pride (not hubris) that stands diminished when a soldier is asked to collect garbage in the hills, even though the same soldier would not blink an eyelid to put himself or herself in harm’s way to protect the citizenry, be it in a natural, civil or combat operation. It is this concern of compromise to its security and sanctity of its culture and facilities that rankles the only governmental institution that has retained its professional efficacy by withstanding the larger societal morass by keeping its cantonment doors closed till recently.

Given the avowedly apolitical mandate of the institution, onus is on the defence minister to avoid partaking expansive political debates beyond military matters as such conversations willy-nilly appropriate and reflect on the apolitical soldier. Due to the military’s unique wiring and operational style, the conduct of the defence minister cannot be equated to lateral ministers of agriculture, finance, railways, etc. The domain, stakes and sensitivities of the raksha mantri are not more or less important than other ministries; they are simply different. It is this heightened and holistic sense of institutional empathy, and not the selective and theatrical outrage on the ostensible “morale” of the soldier, that begets the ideal construct of the raksha mantri. Noise around controversies like Rafale should be insulated from the soldier, and a genuine concern of the “ways of the institution” should override all other considerations, with the buck starting with the raksha mantri. Sadly since Independence, India’s tryst with this sensitive post has been increasingly time serving, patronising or political.