Mystic Mantra: In the name of Ram

The journey of life begins with Ram and ends with Ram. 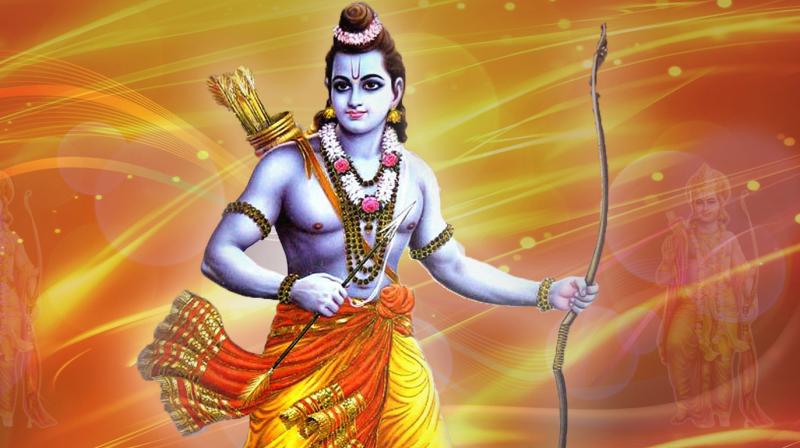 Ram is the wide river of cultural narrative, and not just a deity or a sacred presence.

Do we really need evidence of how deeply Ram is etched in our collective psyche? In certain parts of the country, the standard greeting is a simple “Ram, Ram”.

When somebody can’t remember something or cannot predict how something will pan out, the frustrated utterance is often, “Ram jaaney (Ram knows)!’ In almost every situation, there is some way in which Ram can be interjected.

The journey of life begins with Ram and ends with Ram. Ram is in common parlance, especially among Hindi speakers, a stand-in for so many spiritual and philosophical concepts — consciousness, awareness, knowingness, God — almost all these can be, depending on the occasion, be denoted with just one word, “Ram”.

Ram can be used to punctuate a sentence, or even a life — who can forget Mahatma Gandhi’s poorna viram (full stop), the last two words he uttered as he fell to his assassin’s bullets?

Ram can be in form, as maryada purushottam — an ideal, at times interpreted chauvinistically and selectively, just as Ram can be that which lies beyond form — nirgun, formless, omnipresent.

In this sense, Ram can be worshipped as an idol in temples or shrines, with rituals and mantras. And Ram can also be experienced as supreme consciousness, meditated upon, in the cave of one’s being.

Ram is the wide river of cultural narrative, and not just a deity or a sacred presence. For instance, Ram is perhaps one of the most common of names in north India, at times appended to other names or simply as a standalone. Ram is a daily mainstay — called to in times of crisis, turned to in times of need, the easiest recall for many from among the burgeoning godly pantheon of Hinduism.

Ram is a centre point in Bhakti poetry, especially that of Kabir. For him, Ram is evoked in the nirgun sense, which he uses to denote both brahman, supreme consciousness, and its individual expression as atman. For instance,

Just as a musk deer looks for the source of its fragrance in the forest, not knowing it lies within its own body, similarly human beings do not realise ghat-ghat Ram hai — that Ram is within each one — and search for some sort of a godly presence externally.

In this sense, Ram denotes the spark of consciousness within each one of us.

No one is wealthy — material wealth is meaningless — other than one who has the wealth of “Ram naam”. I personally feel Kabir uses Ram naam in the sense of a spiritual process – sadhana – and not just in the form of chanting.

Of course, chanting is one of the ways in which sadhana can be accomplished, but not the only one. It is a seeking that takes an entire lifetime, and one that might as well begin with Ram.