The mosque’s clerics had attracted around them a core of banned militant organisations including Al Qaeda and Jaish-i-Mohammad. 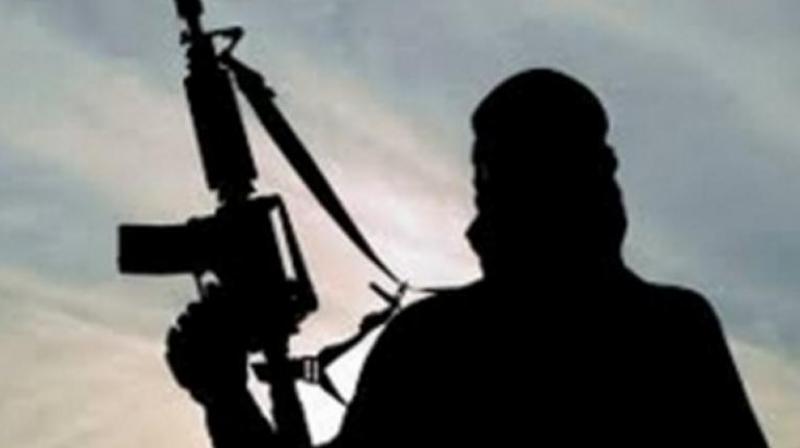 Surely it’s time to recall how appeasing terrorism culminated in the horrific disaster of 2007. That’s when Islamabad became a battlefield above which thick smoke filled the sky for days. (Photo: ANI)

Maulana Abdul Aziz of Lal Masjid fame is back on the scene. He is threatening a second round unless his demands are met. Negotiations are currently in process to placate him. One wonders if old memories have gotten lost. Or, instead, are they still so fresh that the authorities dare not refuse Aziz’s demands.

Surely it’s time to recall how appeasing terrorism culminated in the horrific disaster of 2007. That’s when Islamabad became a battlefield above which thick smoke filled the sky for days.

Led by Abdul Aziz and his brother Abdur Rashid Ghazi (later killed), Lal Masjid clerics had set out to create their version of an Islamic state in the city. On April 12, 2007, in an FM broadcast from an illegal transmitter on the mosque’s premises, they issued a chilling threat to the government: “There will be suicide blasts in every nook and cranny of the country. We have weapons, grenades and we are experts in manufacturing bombs. We are not afraid of death.” This was four months before the final showdown on July 4, 2007.

The mosque’s clerics had attracted around them a core of banned militant organisations including Al Qaeda and Jaish-i-Mohammad. A state within a state, Lal Masjid was a magnet for fighters from Central Asian Republics. Inside the mosque’s premises, Ghazi and Aziz ran their own Islamic court. Here they received the Saudi Arabian ambassador and negotiated with the Chinese ambassador for the release of his country’s kidnapped nationals.

For many months Gen. Musharraf’s government looked the other way. Even as arms and fuel were being stockpiled inside the mosque and Jamia Hafsa students rampaged across Islamabad, the government rejected suggestions to cut off the mosque-madressah complex’s electricity and gas supply, block its website, or shut down its illegal FM radio station. To this day, we do not know if this was cowardice or complicity.

The softness shown to the mullahs left Islamabad’s residents bewildered. Clearly, the state had a hard fist because just months earlier the 80-year-old Oxford-educated Nawab Akbar Bugti had been killed by aerial bombardment in Kohlu, Balochistan. But on the Lal Masjid matter Musharraf’s chief negotiator, Chaudhry Shujaat Husain, flatly ruled out the use of force. Speaking to the press he described the Burqa Brigade militants as “our daughters” with whom negotiations would continue and against whom “no operation could be contemplated”.

The reader is asked to imagine the course of events had there been a similar uprising in Saudi Arabia, UAE, Iran or Egypt. If their capitals had been taken over, their response would have been immediate — and perhaps unforgivably brutal. On the other hand, Lal Masjid militants were needlessly pampered until the Chinese forced Musharraf to act.

The rest became history. Islamabad shook to the sound of rockets and bombs and carnage followed. Ten SSG crack commandos were killed by the heavily fortified defenders and scores wounded. In an earlier suicide attack on a checkpoint near the mosque, over a dozen policemen died. On the side of Lal Masjid defenders the death count ran into hundreds. A massive cache of weapons was seized after the defenders were eliminated and placed in police custody. Weeks later, it disappeared mysteriously.

It did not take long for the death of soldiers and policemen to be forgotten. No FIR was ever lodged by the authorities against Aziz and his companions. Sometime later, he walked out a free man and resumed his preaching. But many years later Khurram Zaki, a 40-year old civil rights activist from Karachi, decided to take on Aziz’s hate speech against Shias. He and his friends were to file an FIR but on May 7, 2016, just days after he declared his intent, he was gunned down by unknown assailants on a motorcycle.

No normal state rewards those who once stood up against it in violent, armed insurrection and now threaten it again. Normal states do not reward those who kill their own soldiers and policemen. Surely such abnormal behaviour must have a cause. Could it be because no other country is particularly interested in reining in the Lal Masjid clerics?

Let us note that last week the founder of Lashkar-e-Taiba, Hafiz Saeed, was convicted by an anti-terrorism court to two prison terms each of five-and-a-half years. The openly whispered secret is that the punishment came not because he deserves it but because this helps avoid Pakistan being blacklisted by the Financial Action Task Force. Even if true, this does not explain everything. We know that FATF carries a big stick and so one can slightly understand why Hafiz Saeed must be jailed for now. But, after great cost, Aziz’s stick had been whittled down to size. Why fear it? Why agree to give, as reported, `35 million and 20 kanals of expensive urban land? Certainly, the authorities refuse to negotiate with either the PTM or Baloch nationalists and prefer crushing to talking. Is there something different here?

An answer of sorts could once be hazarded. Extra-state actors provided by Aziz and others were cheap, disposable tools for pursuing foreign policy objectives in Kashmir and Afghanistan. The strategy eventually backfired and Pakistan finally dumped it. Neighbouring countries now make fewer complaints compared to years ago.

Confirming the shift, and presumably with the backing of the current Army establishment, Prime Minister Imran Khan famously tweeted on October 5, 2019, that “anyone crossing the LoC from AJK to provide humanitarian aid or support for Kashmiri struggle will play into the hands of the Indian narrative”. One doesn’t doubt the sincerity of his statement. Pakistan is far more peaceful now that the age of extra-state actors has passed. So why continue kowtowing to Aziz and his kind? I am totally stumped.

The authorities must explain why they are choosing to appease those who fought the state and killed its soldiers and policemen. They have to tell us why they are handling with velvet gloves those responsible for the tragic sufferings of 13 years ago. Else a second tragedy may not be far away.