India should break away from its ‘permanent poll mode’

In November this year, American Republican Senator Steve Daines achieved a long-standing “breakthrough” in selling $200 million worth of beef to China 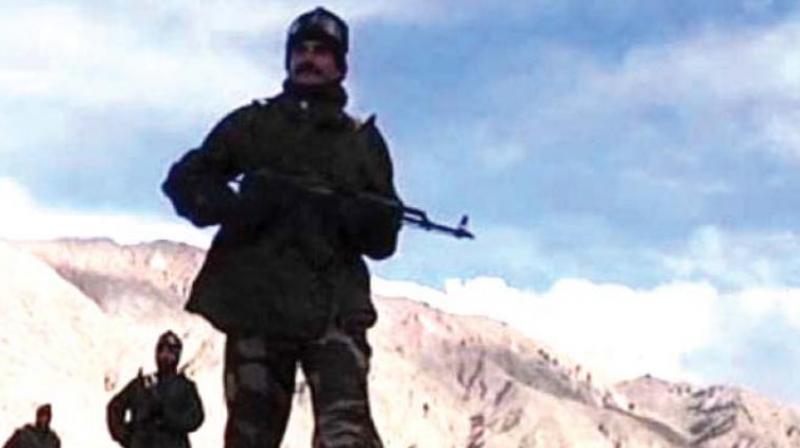 As expected the BJP won the recent state elections in Gujarat and Himachal Pradesh. Prime Minister Narendra Modi has shifted focus to the forthcoming elections in the Northeast. Given that numerous other critical matters involving national security need the urgent attention of our tireless Prime Minister, it is perhaps time that both the Central and state elections are held either simultaneously or almost simultaneously.

As the world is moving closer to possibility of war in the Korean peninsula, and China has permanently based 1,800 troops in Doklam, India apparently remains in near-permanent election mode. In the meantime, President Donald Trump has announced a new National Security Strategy (NSS) on December 18 to deal with the emerging threats, while our time-tested strategic partner Russia is increasingly aligning with China to confront the United States. To add fuel to the fire, the Pakistani national security adviser has recently stated that “a nuclear war in South Asia cannot be ruled out”. This article seeks to show what new threats have now emerged, along with two frequently used phrases by the media and the strategic community — “Thucydides Trap” and “sharp power”.

First, President Trump’s NSS 2017 recognises the challenges to the US from China, Russia, emphasises the importance of a strong military, proactive homeland defence against terror and missile attacks, envisions a radical upgrade in US industrial base, largescale support for scientific and technical education and rebuilding of infrastructure in response to China’s economic and strategic challenge. Other details include retaliation against “economic aggression” by states who exploit free trade selectively, and embracing “emergency dominance” by removing restrictions on shale oil exploitation and nuclear energy, a new system of alliances centring on Japan and India to counter China’s economic diplomacy in Asia. And finally, the NSS recognises India as an emerging global power while portraying China and Pakistan as antithetical to US interests.

Thucydides was an Athenian (Greek) general and historian of fifth century BC, when he wrote: “What made war inevitable was the growth of Athenian power and the fear which this caused in Sparta.” In the 1970s, American political scientist Professor Graham Tillett Allison, Jr. coined the phrase “Thucydides Trap” to refer to “when a rising power (China) causes fear in an established power (the US), which escalates towards war”.

The term “hard power” refers to coercion by a country using its military and economic power. On the other hand, “soft power” is based on attraction, arising out of the positive appeal of a country’s culture, political ideals, policies, as well as a vibrant independent civil society. “Sharp power” is a term applied to powerful, ambitious and authoritarian regimes (e.g. China), which ruthlessly suppress free expression and pluralism at home while exploiting democratic conditions in other countries like China has done in Australia, where as per media reports, Australian foreign minister Julie Bishop has bluntly warned Chinese university students in Australia, affiliated to the Communist Party of China (who were “reporting to Beijing on” other Chinese students), to respect freedom of speech in Australia. Security agencies in Australia are now asking allies — the US, the UK, Canada and New Zealand — to forge a common strategy to resist Chinese government intrusions into Western universities. Last fortnight, a prominent Australian Opposition member, Sam Dastyari, resigned from the Senate over charges of having close links with wealthy Chinese donors. In November this year, American Republican Senator Steve Daines achieved a long-standing “breakthrough” in selling $200 million worth of beef to China. In return he was required to host on December 5 a delegation of Chinese party officials who oversee Tibet, to undermine a simultaneous visit to Washington by the president of the Tibetan government-in-exile.

How close is the world to a local conflict, which may spread rapidly to destroy the global economy and is based on sea-borne commerce? In the Korean peninsula, things are heating up with military and naval drills by both sides, while China has commenced building refugee camps along its border with North Korea and also conducted joint anti-ballastic missile drills with new ally Russia. Chinese warplanes with missiles have started flying close to Taiwan, while the tensions in the South China Sea-East China Sea (SCS-ECS) continue unabated. A few days back for the first time, Chinese warplanes entered the South Korean Air Defence Identification Zone and were intercepted by South Korean Air Force jets.

Closer home, 1,800 PLA troops have camped at Doklam in the freezing winter for the first time, indicating a new hardness in the Chinese posture, which could escalate to a shooting war anywhere along the 4,000-km disputed Line of Actual Control, and will invariably suck in the Pakistani Army and its home-grown terrorists to attempt some “territory grab”, across the disputed Line of Control. In any case a war in the Korean peninsula will most probably spill over to the SCS-ECS at a minimum and severely disrupt half of India’s total sea-borne trade. In a worst-case scenario, India must be prepared for tensions, economic backlash and possibly conflict reaching its backyard in the Indian Ocean Region with the possibility of nuclear war in the Korean peninsula.

India’s leadership needs to break away from the “permanent election mode” by combining state and national elections, starting end-2018 (possibly by advancing the 2019 general election with the 15 state elections due end-2018), recognise the threats to national security from dynamic global changes and promulgate an “Indian NSS 2018” by April 2018, walk a diplomatic tightrope in greatly improving ties with the US while retaining its time-tested strategic ties with Russia.