Ptolemaic astronomers made the earth the centre around which all the heavenly bodies revolved. 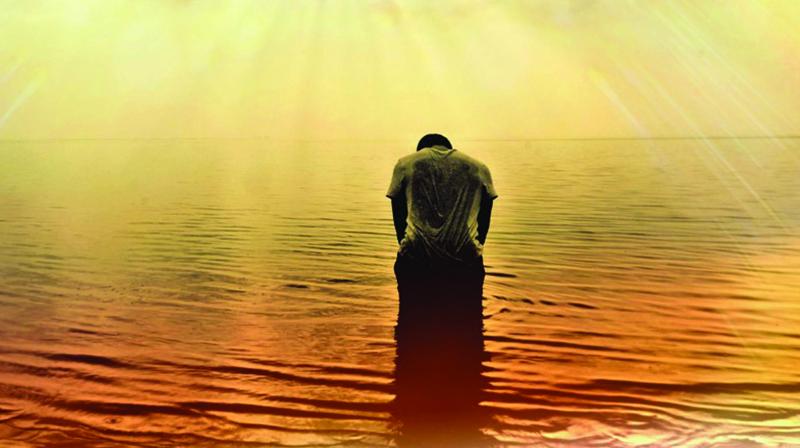 Life is full of misery and we feel so lonely and alienated because no one is loyal to the other.

“Man is the only creature who refuses to be what he is.”
— Albert Camus

The new wave of spiritualism is born out of the confluence of science and mysticism and has opened our window to a world that promises us with the way to unite within the context of daily life, both knowledge and action, and the mundane and the sacred. It shows us the path of integration of daily life with the sacred. This idea is grounded in the belief that the purpose of sacred law is to forge a connection between the will of God and everyday life, and between the worldly and the temporal realms.

The pluralistic world created by the global diffusion of the world’s religions should unite in the continuing task of building a good society, a world in which all may live freely and pursue visions of the highest values. Yet we are confronted with a world in which we have no time to breathe, to relax. Life is full of misery and we feel so lonely and alienated because no one is loyal to the other. Bertrand Russell observed that “Neither a man nor a crowd nor a nation can be trusted to act humanely or to think sanely under the influence of a great fear.” Russell’s point was that irrational fear can propel us to unjust wars and the inhumane treatment of others, depriving us of opportunities to improve our everyday lives.

Voltaire reiterates the same philosophy: “All sects differ because they come from men; morality is everywhere the same, because it comes from God.” Einstein’s views on the moral decay of man are as relevant today as they were when they were spoken in 1938: “One misses the elementary reaction against injustice and for justice — that reaction which in the long run represents man’s only protection against a relapse into barbarism.” Man doesn’t want other denizens of earth to get into the revaluating measure. Man, and man alone wants to sit as juror over God to the exclusion of other species of the earth, and given his record on the measure of humanism, he is the most unfit creature to do so. Perhaps because man is the least qualified to be called just. Luckily, we also have men whose are capable of seeing this fallacy; they can see that making itself the centre is faulty.

Ptolemaic astronomers made the earth the centre around which all the heavenly bodies revolved. To them, the centricity of earth was the most obvious and basic fact. However, it is in the same way that man wants to place himself at the centre, and measure this world through his own lenses of perception. In spite of all the modern knowledge of the infinite vastness of the universe of matter, a man’s sense of joy and satisfaction continues to be the centre of all his evaluations. Several learned and enlightened individuals recognise that it is unscientific for humans to judge the universe, its structure or its operations by the reactions of just one of the myriad species on this planet.

There is an observation of Aristotle which is akin to this saying: “Man when perfected is the best of animals, but when separated from law and justice, he is the worst of all since armed injustice is the more dangerous”.

In times like this, the simple yet powerful prayer of Saint Francis of Assisi provides an ideal around which to fashion our philosophy. His prayer is a precious document for us, an indispensable, and invaluable frame of reference by which to judge our own lives.