Let’s focus on the well-being of our young people

In order to make our country a happier place, we must focus on the well-being of children first as this would have a long-term impact on their lives. 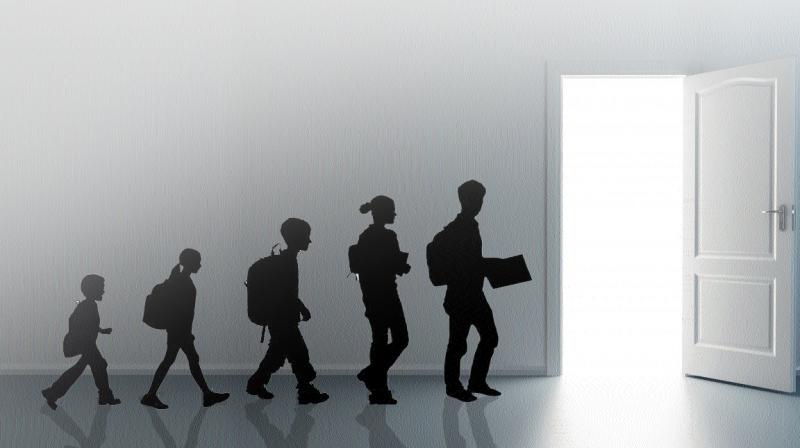 If we consider the factors contributing to the well-being of children, resilience would definitely be one of the most significant.

It is perhaps universally acknowledged that the purpose of education is the development of human beings. But neither progress nor development is possible without good health, fitness of body and mind and a sense of satisfaction with life. While our nation tries to advance at a frenetic pace, statistics indicate that mental health problems among children are on the rise. In this context, it is disturbing to see the widespread indifference to children’s happiness and well-being.

Schools — and parents — are totally taken up with examination results, career-related skills, new information and the like. While still coping with the Digital Revolution, there is an urgency to prepare for the age of Artificial Intelligence. Children are being encouraged to focus on STEM (science, technology, engineering, mathematics) subjects and learn coding and robotics. But actually, it is the constant pressure to succeed that affects children’s well-being the most. The extreme measure a child takes in the face of failure — or what the child perceives as failure — is to take his or her life. It appears that May is the month for juvenile suicides. At the last count, over 9,000 students committed suicide in one year, of which over 2,000 are attributed to failure in exams.

Thankfully, people are now waking up to the fact that the secret of progress lies in the well-being of people. Even at the global technology giant Google, technical skills are ranked eighth after seven kinds of human behaviours that are more desirable in leaders. In its effort to measure students’ happiness in school and the outcomes of their learning, The Programme for International Students Assessment, widely known as PISA, included indicators of happiness in its 2012 assessment. These include personal relationships, biological and behavioural factors and positive psychology. Very recently a national magazine chose “Happiness” as its cover story. The keys to well-being, one of the articles said, were the art of giving, compassion, a sense of wonder, mindfulness, empathy, letting go of anger, open-mindedness, contentment, gratitude and connecting with people.

I was pleasantly surprised to read that in Delhi, government schools had added “happiness” in their curriculum last year. No less than the Dalai Lama had been invited to inaugurate the programme. I am not too sure that structured lessons would automatically lead to happiness, but yoga, meditation, “joyful exercises”, indoor games, story-telling, group discussions and other such components of the curriculum show that at least the awareness and effort to promote the child’s overall happiness is present in these schools. However, it is fervently hoped that children are not assessed to find out how well they had assimilated the ingredients of happiness — or else, the whole purpose would be defeated.

A couple of days ago, a philosopher-friend who is also extremely successful in his line of work, sent me one of his writings that dwelt on this topic. After extensive research, reading, exploration and interaction with those who delve in spiritual matters, he has come to the conclusion that life has two scripts. The first, which he says is more “common and pervasive” is about success and material wealth, while the second script is about connecting with people and helping them to develop. It is through the process of the second script, he maintains, that we are transformed ourselves. In other words, the first script brings success at a cost and the second brings fulfilment.

It is sad to see that in the happiness rating of 2018 drawn up by the UN Development Solutions Network (SDSN), India is ranked 133 out of 156 countries. On hearing this, someone remarked that one of the fastest growing economies was turning out to be the saddest place to live in. To address this, a “happiness ministry” was opened in Madhya Pradesh, but alas the country’s only “happiness minister” is now wanted for murder.

In order to make our country a happier place, we must focus on the well-being of children first as this would have a long-term impact on their lives. First of all, fitness and health for all must be taken seriously. Instead of encouraging cut-throat competition, schools must stress on the process of learning and the joys of finding out. This doesn’t mean that students should lead completely relaxed and happy-go-lucky lives. They should be expected to work hard and strive for excellence. It is imperative that we recognise and celebrate good behaviour, positive character traits and original ideas, instead of just talent and academic ability.

According to Richard Gerver (a motivational speaker, author and thinker), the 2020s may “herald a new era of human endeavour that is driven by relationships, reality and collaboration”. His optimism is probably because all over the world people have begun to wake up to the importance of well-being. There is a sudden proliferation of writings that deal with wellness and happiness — this article is an example — and the Index for Happiness has assumed great importance of late. The nine domains of happiness in a country include psychological well-being, health, education, time use, cultural diversity and resilience, good governance, community vitality, ecolo-gical diversity and resilience, and living standards.

If we consider the factors contributing to the well-being of children, resilience would definitely be one of the most significant. Maya Angelou expressed her understanding of resilience with great clarity when she said: “You may not control all the events that happen to you, but you can decide not to be reduced by them.” As for being happy, children should be encouraged to savour the simple pleasures of life which may range from a connection with nature to enjoyment of a friend’s company to the joy of pursuing a hobby. Actually, children as well as adults can learn how to keep sadness at bay from the lyrics of the well-known song “My Favourite Things”, sung by the inimitable Julie Andrews. Its essence is as follows: “…When I feel sad/I simply remember my favourite things/ And then I don’t feel so bad…”