Protests set to grow after the clampdown lifts in J&K

After the Partition of India, that “separatist” sentiment became stronger still. 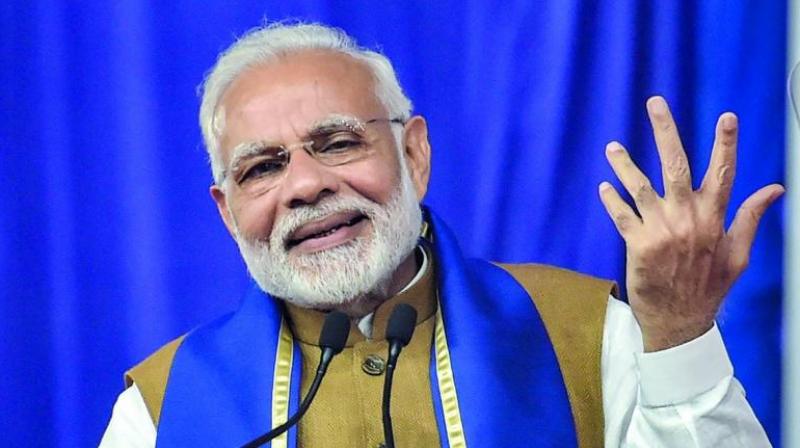 Addressing a public rally in his home state of Gujarat on September 17, Prime Minister Narendra Modi revealed that his government drew inspiration from Vallabhbhai Patel’s vision for the moves it had made on August 5 to reduce Kashmir to a Union territory; in effect, a colony. The disclosure is as revealing as it is belated.

A Muslim-majority Kashmir was an eye-sore to the RSS’ political wing, the BJP. So, it was also to India’s deputy prime minister and home minister, Vallabhbhai Patel. His favourite was the Dogra ruler of Kashmir, Hari Singh. Two letters he wrote reveal his outlook.

On June 16, 1946, while the Congress was supposedly still committed to the Cabinet Mission’s plan for a united India, Patel wrote to a Kashmiri Pandit Jiyalal Kaul Jalali: “I realise the difficulties and hardships of a small community like yours in Kashmir. ... I understand that Pandit Jawaharlal Nehru is himself coming there as a messenger of peace to bring about honourable settlement of this vexed question. After all, he is also a Hindu and ... a Kashmiri Hindu.”

Three days later, Patel wrote to C. Parmeshwaram, a businessman in Srinagar: “The Kashmiri Pandits and the Hindus form a very small proportion of the population, and as they are comparatively better off, the poorer majority which is getting conscious, is trying to assert itself. ... The state, being a Hindu state situated in Muslim surroundings, finds itself in a very delicate and difficult position to take strong action against revolt or lawlessness.”

After the Partition of India, that “separatist” sentiment became stronger still. The RSS-BJP & Co had no use for appearances or, for that matter, respect for the people’s views. Abrogation of Article 370 was one of its three major demands since 1951 when the BJP’s ancestor, the Jan Sangh, was established. The other two were Ayodhya, where it demolished Babri Masjid on December 6, 1992, and a uniform civil code, i.e. abolition of the Muslim Personal Law. It has moved in that direction by making the hideous triple talaq a criminal offence. This entire political scheme shows that Modi sought to fulfil the three-front agenda and proclaim that he had succeeded where the BJP’s earlier Prime Minister, Atal Behari Vajpayee, had failed.

A leader of the Communist Party of India (Marxist) Mohammed Yousuf Tarigami said on September 17 in New Delhi that the people of Kashmir were “dying a slow death” due to the clampdown since August 5. He is no secessionist. Nor was Dr Farooq Abdullah; three times chief minister and once Union minister. The Tamil leader Vaiko invited him to Chennai to deliver an address. The official line was that the doctor was a free man, whereas he was de facto a prisoner. Vaiko moved the Supreme Court for a writ of habeas corpus. The Centre acted swiftly. On Monday, before the court could hear the petition, it ordered his detention under the draconian Public Safety Act, 1978. He is alleged to be a threat to “public order”.

The 83-year-old ailing Abdullah, hitherto under house arrest, was now confined to one room; his family cook was taken away. A daughter is prevented from meeting him. She is a next-door neighbour who looked after her ailing octogenarian father. A day before the clampdown, Abdullah held an all-party meeting on the lawns of his house on Gupkar Road. It is this belated united front that alarmed New Delhi and helps to explain the clampdown, unheard of in British times. A respected columnist calls the Valley “India’s West Bank”.

Haseeb A. Drabu has documented how the “grassroots of democracy are being irrigated with cash”. Election to the Assembly will not be held before 2021, it is said — after the constituencies are “properly” redrawn. New Delhi’s plans will fail. International criticism will grow. So, too, will the Kashmiris’ spirit of resistance. Conditions will get worse next month when the new laws come into operation. Protests will grow. New Delhi is grooming new stooges to take the place of old. That is the plan.