Can a risk-averse India be a $5 trillion economy?

The first, and this may surprise some readers, is the former Soviet Union. 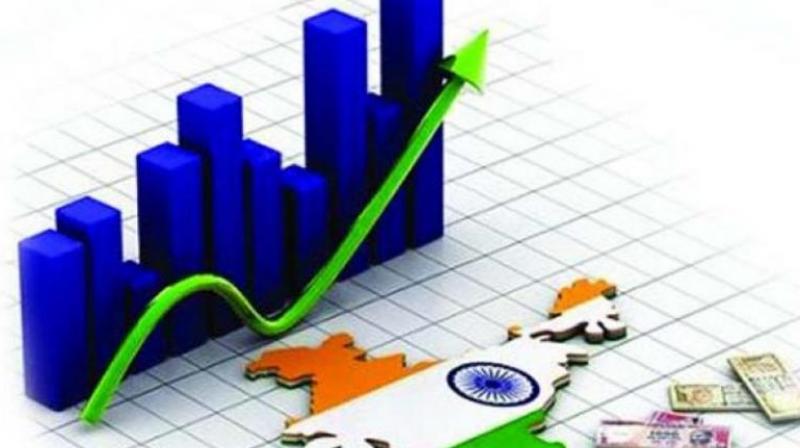 We have seen an example of one such action, and that is the cut in the rate of taxes paid by India’s corporates. The stock market reacted very positively to this step by the Narendra Modi government and we shall see in the coming days if this enthusiasm continues and delivers stronger growth. The state that is efficient can devise and implement policies that it believes can boost growth. However, this can happen only when the state is efficient in doing this. (Representational image)

How can India achieve and consistently keep a high rate of growth? A high rate would be 8 per cent per year or more. Why is this important? It is because India wants to get to being a $5 trillion (meaning a $5,000 billion) economy by 2025. To get there, we have to grow at 9 per cent. We are currently growing at 5 per cent, according to the data from the last quarter. So is it possible to grow at 9 per cent? The answer is yes, and other nations have done it. Certainly, the Prime Minister seems to believe that it is possible. A few years ago, when I interviewed him when he was chief minister of Gujarat, he said that he wanted that state to grow at the rate of 15 per cent so that India in turn could grow at 10 per cent. So the ambition is certainly there, and at least three large nations in modern times have done this.

The first, and this may surprise some readers, is the former Soviet Union. The Russia that emerged out of World War II was extremely poor. Between 1950 and 1970, the Soviet economy grew at one of the fastest paces in the world, regularly clocking more than 10 per cent a year. This was despite the fact that it did not have capitalism and economic growth was driven by the state. The USSR’s collapse left a Russia that was poor by Western standards, but still wealthy compared to the rest of the world.

The second large nation to have clocked this consistently high rate is China, which began growing at over 10 per cent in the early 1990s and continued for several years thereafter. Between 1965 and 1975, the US, despite already having a fairly high per capita GDP compared to the rest of the world, was also able to grow at an average of more than 10 per cent. So the goal is achievable. The next thing to consider is what is stopping us from getting there. Here, we can look at two important agents that can drive the economy. The first is the state, meaning the apparatus of the government and how it can stimulate growth through policies.

We have seen an example of one such action, and that is the cut in the rate of taxes paid by India’s corporates. The stock market reacted very positively to this step by the Narendra Modi government and we shall see in the coming days if this enthusiasm continues and delivers stronger growth. The state that is efficient can devise and implement policies that it believes can boost growth. However, this can happen only when the state is efficient in doing this.

One of the problems of India is that it seems to be less governable than other nations. The state writes up laws but cannot fully implement them. An example here is income tax. The rate of compliance in India is very low compared to other middle-income nations and the primary reason is the inability of the state to convince or coerce its citizenry into paying it its due. When we speak of good governance, this is what we mean.

The second agent is of course society and its pool of talent. The economy can grow if there are lots of Indians saving money and investing in it, and then there are individuals and corporations who are using the resources available to produce goods and services. There is a lack of good data on this but one of the obstacles we have here is middle class conservatism.

India’s middle class has a particular pathway that it sees as life goals and ambitions. This pathway has a backbone and that is a permanent, white-collar job, whether in the corporate sector or in the higher parts of the government (the Indian Administrative Service and the Indian Police Service for example). If there is a professional angle, there is an emphasis on medicine and engineering, but again there is a focus on being employed. We should examine the various causes for this and whether this is shifting or has remained the same. This is important because otherwise all the focus on GDP growth and all the responsibility and blame for it is shifted to the current government, which is not fair.

To my mind, one reason for our conservatism is caste. If we look at either the largest 100 privately owned corporations in India or the new age information technology companies, they are owned and led by two or three very small communities, meaning the Agarwals and the Gujarati Baniyas. All other things being equal, they seem to be better at raising and managing capital than the rest of us. Or, and this is why I think there is an issue of cultural conservatism involved, they are more used to taking risks with capital and it is not a question merely of talent. This restriction that India has does not apply to China.