Of marijuana and the Mumbai police 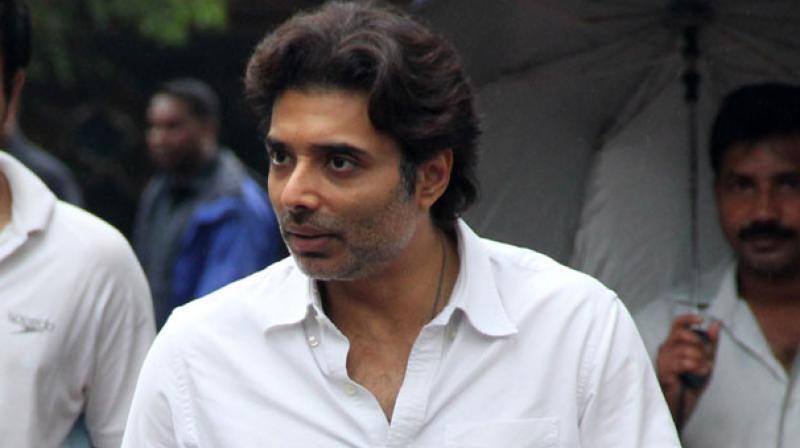 “The lion will lie down with the lamb
And what will the offspring look like?”
From The Bachchoonama

A straight question to Narendra Modiji, to Amit Shah and all the RSS leaders in existence: “Have you never during the Holi festivities had a sip of bhang in a milk or lassi drink?”

They can either lie or acknowledge that as good ritual-and-tradition-embracing Hindus they have indeed “quaffed the exhilarating soma”, as our old history books used to put it.

I am no etymologist but with to point out the similarity between the “haoma” of Zoroastrian texts and the “soma” of Vedic ones. S was often transformed in those Aryan times to H and vice versa as in Sindhu to Hindu.

If Modiji and the others do admit to having had a sip they should “be mindful” of the statement issued by the Mumbai police last week. It said:

“Be mindful, as of now, consumption, possession and transportation of marijuana invites harsh punishment as per provisions of NDPS Act 1985.”

What is perhaps not as clear to most “bhangees” is that what they are imbibing is that self-same marijuana which the Mumbai police warns against. My extensive socio-scientific researches turn up the fact that friends don’t realise that bhang is indeed a concoction of cannabis sativa — the marijuana plant of which ganja, charas, hashish, grass and dope are all products.

The Mumbai police issued its dire warning in a public reply to a handsome Indian actor called Uday Chopra who a few days ago called on the social media for the legalisation of marijuana in India. He naturally denied, perhaps a trifle disingenuously, ever using the stuff. Why put yourself in the way of NDPS Act 1985?

Once in my joyous boyhood, as William Wordsworth would have put it, I descended upon a grove in Bihar — now in Jharkhand, where I was to spend some weeks in communion with nature and recall several blissful evenings spent with the priest of the village temple devoted to Shiva smoking the dried leaves of a plant that grew prolifically for at least an acre behind the temple.

He taught me to hold the clay pipe, shaped like an ice-cream cone, with a dirty stained rag for a filter at its sucking end and inhale the smoke from the smouldering leaves. He taught me to say, in flat musical tones “Shambho hai Shambho! Jai Shambho!” What could be more Hindu cultural than that? And no, I am not about to give the location of his village to the Mumbai police so they can close in on him quoting the dreaded NSPC Act 1532, or whatever!

Secondly, the young but wise Mr Chopra says legalising it would remove the threat of the said NKVD Act 1766 which hangs like a sword of Damocles over the throats of millions, including perhaps PM Modiji and president saheb Amit Shah. (Kindly note I have not anywhere implied that they have admitted to drinking bhang or being willing witnesses to celebrations in which it was the elixir of choice! — Your Honour!)

Just think about the number of policemen and women it would take during the festival of Holi to arrest all those who had a sip of bhang! There would be no policemen on our streets or in the thane to deal with rapists, murderers, corrupt politicians and black money launderers or even to do the splendid job they do of controlling our cities’ free-flowing traffic. Chaos yaaron!

Thirdly, the talented and prophetic Mr Chopra, with millions of followers on his netfeed, or whatever it’s called, contends that it would, if legalised and sold, presumably by the seer by paanwallas and in branded packets in metropolitan malls, be a source of huge income to the State.

In several countries of the world and in some states of America this legalisation has not yet led to huge revenues flowing in. But in India one can be sure that the big capitalists will seize the opportunity legalisation would bring and immediately clear the acreage of tribal forests, grow marijuana, package it with brand names like Mushy Khushy and advertise it on TV with the old rhyme “Charsi kaddi na marsi!” with fair-skinned raven-haired temptresses smoking chillums on screen.

Then, as they always do, they would openly declare their profits and pay their fair share of tax to the government, the revenues of which could be used to treat drug addicts. Baat bangayi beytein!

In the UK, a lady has just won a case in the courts to legalise the medical use of marijuana for her son whose epilepsy, she and some doctors contend, is relieved by its ingestion. Some say it cures everything though it didn’t do that for Bob Marley.

Myself? I had a rare experience with legalised cannabis. As a UK TV bureaucrat I went with my colleagues to a film festival in Amsterdam where I was scheduled to speak. A couple of hours before the event we gathered in a pub and were having a drink when we noticed that legalised cannabis was being sold from a showcase.

We took the young vendor’s advice and bought a stinky variety of ganja called skunk, rolled joints and passed them around. Nothing happened. Deceptive Dutchmen!

Then we stepped out and when the fresh air hit me I felt the world spinning and saw dinosaur mocking me from the canals. I said I was going back to my hotel, I was out of it and unable to stand, leave aside lecture. No, said my colleagues. Rule Britannia, I had to do my duty by Queen, country and my employer Channel 4 TV. They dragged me to the auditorium and onto the stage.

I remember nothing of it, but my colleagues said it was the clearest and most incisive speech they had heard me make.