The learning outcomes of this entire exercise were abundantly clear. 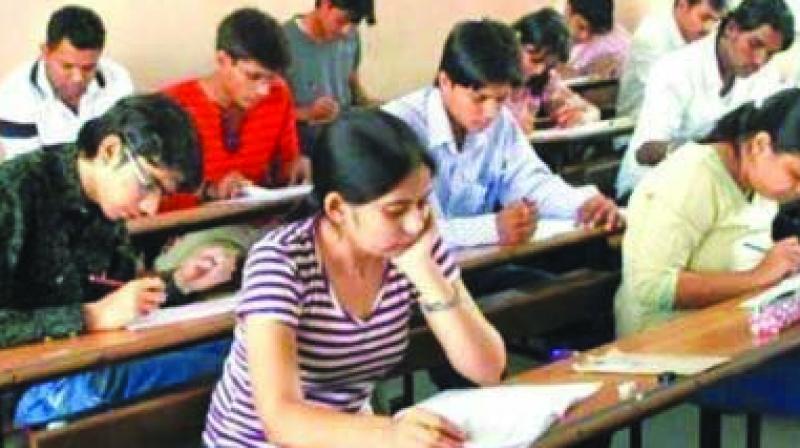 Most students find the gap between high school and higher studies quite daunting. A meaningful way of closing this gap would be for university professors and Ph.D. scholars to invite high school students to work with them on real projects and papers. The success of such a scheme initiated by the University of California, Santa Cruz, through the SIP (Science Internship Programme) and SPHERE (Stem Programmes for High School Students Engaging in Research Early) is now widely acknowledged. This was spoken about by Prof. Puragra (Raja) Guha Thakurta and Michelle Whittington at the IC3 2017 Conference that was held last month. I was invited to present the high school perspective.

I had been invited to participate because six students from my school (Modern High School for Girls, Kolkata) had participated in a research project in two consecutive years and this was facilitated by Prof. Guha Thakurta. Three students had to present a paper before a gathering of scientists at PAES (The Pacific Astronomy and Engineering Summit) at Hawaii in 2014 and another three in 2015. Not one of them had any research experience nor was astronomy — their chosen subject for the two papers — part of their coursework in school. The question asked at the conference was: “Is it worthwhile for high school students to take time away from test preparation and the current school curriculum to work on open-ended problem solving?”

Of course I endorse this strongly. Over the years I have been increasingly feeling that most worthwhile learning happens outside of textbooks and exams. Thinking schools have already become tired of the intense but mechanical learning of high school students as exam dates approach and cut-off percentages for gaining entry into the colleges of their choice loom menacingly over their heads. It is a tribute to these six students and even more to their parents that they decided to devote their time and energy to do research on a subject that had nothing to do with their board exams or their schoolwork. At some level, the parents must have believed that their daughters would gather rich experiences and learn some important lessons of life. And without any exaggeration I can say that each one of them returned from Hawaii impressively transformed into confident, mature, young women who appeared to be ready to take on the challenges of higher studies.

Without a doubt, a great part of the credit goes to Prof. Guha Thakurta, who patiently and painstakingly took the girls through baby steps to the final goal of making the presentation. The topics of research were:Dynamics of Halo Stars in the Milky Way Galaxy and Nature and Motion of Andromeda’s Stellar Disk. At the outset, it was all very strange and quite unfathomable for the girls. One of them said that when she was given a research paper, she read the first page over and over again but still couldn’t comprehend anything. She had been filled with self-doubt. None of the girls had even known the difference between an “abstract” and a “summary”. It was their mentor, the professor, who with simple analogies and clear explanations got the girls to overcome their difficulties. And it had helped that Prof. Guha Thakurta’s Ph.D. student Emily Cunningham could really empathise with their diffidence.

The learning outcomes of this entire exercise were abundantly clear. The six students gained tremendous self-confidence, learned to manage resources, worked as a team and shed their fear of asking “stupid” questions. They found that they could now read, understand, sift through and analyse difficult text. They went through the process of preparing material systematically from raw data and then finally presenting the finished document to an audience comprising a body of scientists. The students maintained that they had picked up skills that would last them a lifetime. And to crown it all, they were still networking with academics and professional researchers.

As for myself, I was filled with pride when I found them chattering enthusiastically about “cannibalising stars” and the impending collision of  the Milky Way and Andromeda galaxies in 3.75 billion years. I observed how lucidly they explained various aspects of their recent learning to their teachers and classmates, which indicated the clarity of their concepts. I was convinced that we needed to engage our students in research in school itself. Indeed, the elements of research can be introduced at an even earlier stage. It is imperative that today’s children are taught how to look for relevant information on their own, organise this information, validate it and then arrive at their own findings and conclusions. It is also important for children to reflect on open-ended problems. They spend so much of their time solving set problems to which there are set solutions which more often than not are provided at the back of their books or by their tutors. In fact, one research student discovered that though they were not tested or graded on their paper, their understanding and retention “were great”. Another claimed that her research experience had helped her in arriving at a decision as to which colleges to apply to, which offer to accept and subsequently which courses to take up in the first year of college. In other words, she had learned to become an informed decisionmaker and making decisions is very often harder than solving problems because the element of risk is not present in the latter.

It would be greatly productive to take a leaf out of the UCSC project and have high school students in India actually assist Ph.D. scholars and college professors in real world research. This should not be only in STEM but in all subjects, including the social sciences. The term that is currently in use is STEAM — science, technology, engineering, arts and medicine. I wish our universities would reach out to high school students and engage them in actual research. Universities would also benefit by getting college-ready students. One-on-one mentoring of high school students by professors and Ph.D. scholars would certainly help to build the much-needed bridge between high school and tertiary education.