Mystic Mantra: The fires of Easter and Notre Dame

Coincidentally, one of the rituals at Easter night, celebrating Jesus’ resurrection is the blessing of the new fire. 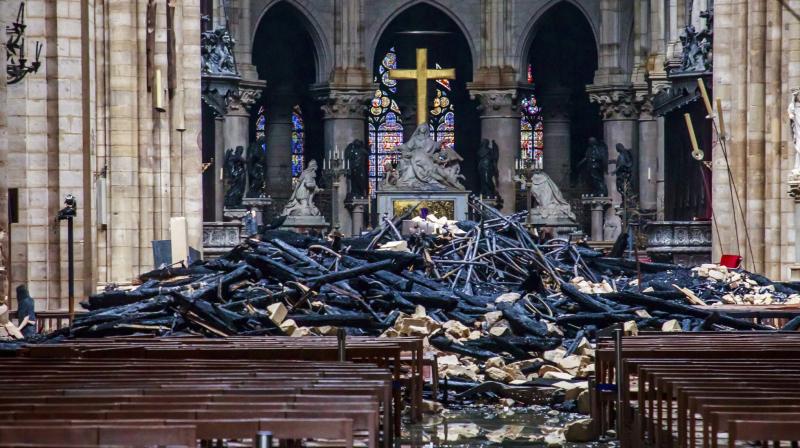 The world stood stunned watching the engulfing fire in the 850-year-old Notre Dame de Paris. Having prayed at that cathedral twice, a couple of tears spontaneously dropped from my eyes. To make things worse, it happened during the most Holy Week for Christians when the Christian world observes the last tragic days of Jesus’ human existence on earth culminating on Good Friday. Then he was done to death in the most gruesome and shameful manner.

The fire shocked and saddened people around the world, but especially the French, for whom Notre Dame is not merely a religious site but one around which their cultural identity is woven. No wonder then that within less than 24 hours of that fateful fire, $700 million was raised to rebuild it — perhaps — “even more beautiful” than before.

People of all hues, be they atheists, agnostics, rationalists and even people of faith just wondered as to where God was in all this? If people have been worshipping there for eight centuries, could God and Notre Dame (Mother Mary), then not rescue it? Did God not worry as to where people would gather to meditate the holy mysteries of Jesus’ death in the next days? Why did God remain silent? Or was God helpless?

Almost 2,000 years ago, Jesus raised a helpless cry from the Cross before breathing his last, “Father, why have you forsaken me?” Did God budge? The great Sufi mystic Jalal ad-Din Rumi believed, “silence is the language of God; all else is poor translation”. God is neither a magician nor is He there to satisfy our curiosity or to act on our whims and fancies. His presence is there for all to see and experience, especially when we abandon ourselves into His hands. “Father into your hands I commend my spirit”, were Jesus’ last words which we commemorated last week, even as a portion of Notre Dame lay in ashes.

This week, however, the Christian world is rejoicing, “Halleluiah, the Lord Jesus has risen from the dead”. That was God’s answer to Jesus who surrendered himself into His hands. God, though silent, is full of love and hope.

Coincidentally, one of the rituals at Easter night, celebrating Jesus’ resurrection is the blessing of the new fire. Was the fire at Notre Dame a premonition of the new fire to be blessed at Easter night? And was it just a coincidence that when the Church was opened next morning, the cross hanging behind the main altar shone brightly as the sunrays beamed through the burnt down ceiling? But that is exactly what Easter is all about. Death on the Cross or the burning of Notre Dame is not the end. There is always new life and new hope, because the risen Lord Jesus lives forever.