According to Islam, there can be no compulsion in matters of faith. 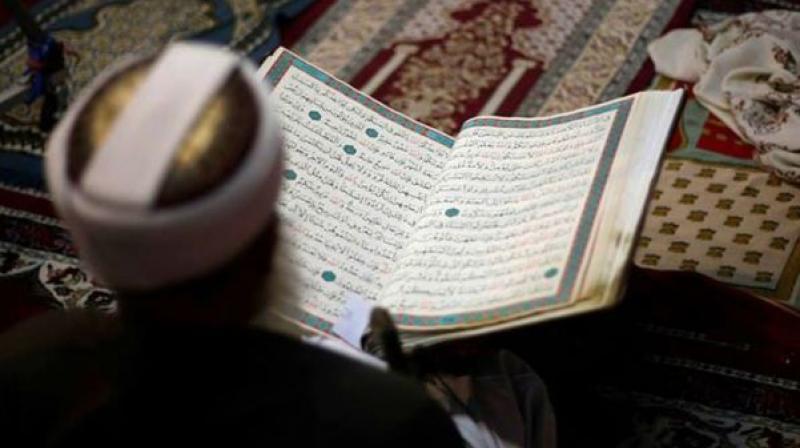 The Quran speaks about the centrality of non-coercion and God’s infinite compassion.

One of the meanings of Islam is peace, a permanently desired state of harmony with all that exists on the planet. Islam classifies jihad, which literally means, “to strive” — into jihad-e-asghar, smaller battle, against evil and jihad-e-akbar, larger battle, against the nafs, one’s own ego.

When people submit to evil, they become a source of danger to society. To ensure peace and security, these forces have to be defeated.

The Quran verses sanctioning a military jihad were revealed to the Prophet after 13 years of passive resistance. During this long period, he and his followers were subjected to torture, injustice and severe oppression. Eventually, the Muslims were allowed an armed struggle. The Prophet stressed that jihad could not be pursued for economic gain, personal honour or the propagation of narrow nationalism.

Laying down battle rules, he said, “Do not slay women or children or non-combatants and do not harm old people or religious people”.

The Prophet specifically mentioned priests, nuns and rabbis who serve God in houses of worship. He forbade the mutilation of bodies, cutting down of trees and poisoning of wells.

He prohibited the burning of houses and cornfields, and the killing of livestock — except for food. The Prophet established an exemplary code of conduct for the prisoners of war. He said, “Mercy is not taken out of anyone but the damned”. The Quran urges not to let the hatred of people prevent you from being just.

Given the non-violent resistance during the founding years of Islam in Mecca, there is a rich resource of material on non-violence in the Quran and Hadith literature.

The Quran speaks about the centrality of non-coercion and God’s infinite compassion. Just 26 of over 6,000 verses deal directly with combat contexts with specific conditions and restraints.

Some battles book place during the last 10 years of the Prophet’s life.

These resulted in uniting the Arab tribes who were constantly at war with each other. It is important to remember that during this period, the sword was used under the laws of the constitution of Medina and not to establish the law.

While returning from the battlefield of Badr, the first armed conflict, the Prophet defined the two faces of jihad, “We are returning from the lesser battle to the greater battle against ourselves”. On another occasion, he said, “The most excellent jihad is to speak up for the truth in the face of a tyrannical authority”.

According to Islam, there can be no compulsion in matters of faith. The Quran clearly states, “No coercion in religion. Distinct has now become the right way from the way of wrong; hence who rejects falsehood and has faith in God has held on to the tightest knot that could not be undone. God is all-hearing, all-knowing.”