Amid siege outside, love finds a way in

Finally I have been able to accomplish the two basic human needs without having to fret or fight: to love and be loved in return 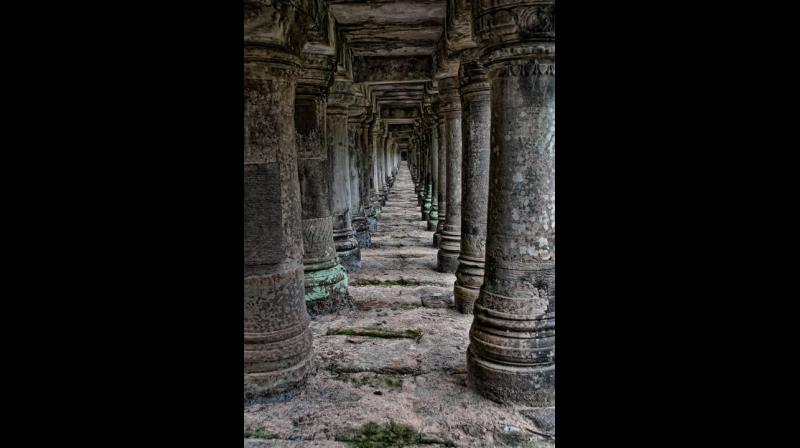 When you are quarantined with your parents, is it house arrest?

When you are quarantined with your parents, is it house arrest? I ask because for the last two weeks or so, having abandoned my wife in Mumbai, I have been with my parents in Ghaziabad.

The reason is my father’s respiratory illness, a condition that is hard to manage because of his bouts of depression and feelings of hopelessness. My mother and I agree that the isolation of the Intensive Care Unit was too much for his fragile (he's 74) and detective (he was a cop) nature to bear. Even though I call it house arrest, my time with my parents is the best I have ever had. In the last fifteen years this is the longest I have stayed with them and finally I have been able to accomplish the two basic human needs without having to fret or fight: to love and be loved in return.

My father wakes up every morning and complains about his lack of sleep. I chide him parentally. There’s always a positive side to things and best to focus there, I tell him. My mother cracks a joke and we all sit down for tea.

Thursday night was particularly special. My parents and I watched the prime minister’s address to the nation where he announced a citizen curfew for today and goaded simple-minded people like my parents that the curfew needs to be celebrated at five of clock with clapping and/or beating of a steel plate. For a moment I wondered if I was in China. But my father lauded Modi and reminded me of the merits of a democratically-elected leader who can actually lead.

Later that night I found it hard to sleep. I watched the final season of Breaking Bad for the umpteenth time and around two am began the process of tossing and turning during which my mind shuttled between memories of the past, hopes for the future, and the painfully frustrating wait for daybreak. When I got back from my walk, I found my mother reading the papers. Suddenly she looked up and asked: did you see people on your walk? I hadn’t given much thought to the empty roads but when she mentioned it, I said, yes, the roads were empty. Go to the balcony and look out. I did. All around me windows were shut, parks were empty. The eerie silence reminded me of Picnic at Hanging Rock, a day-time horror movie I love.

What does this remind you of, I asked my mother. The blackouts during the wars, she said. It is a war, I said. For a moment, both of us were silent. The whole world is under arrest, my mother said suddenly. Will they find a cure? I am not sure, I said, but I read somewhere that Indian doctors have treated the disease with anti-retro viral drugs used to treat HIV. I had responded offhandedly, without thinking too much. What happened to AIDS, she asked. You did so much work around it. I recall you would read tomes all night, meet doctors, and try to convince anyone who would listen, that something really fishy was going on in the name of AIDS.

I was surprised to hear her talk like that. I had wiped those days from my memory. In my early 20s, when the HIV/AIDS narrative was peaking globally, I invested time and energy researching all aspects of the HIV/AIDS research and was enamoured by the dissident view of some remarkable scientists including the Nobel Laureate Dr. Kary Mullis, who was famously discredited by the scientific community after he questioned the conventional hypothesis that HIV is the cause of AIDS.

Those were rough days. I would land up at AIDS conferences which suspiciously took place in five-star hotels and were attended by leading advertising gurus, celebrity speakers, and maybe one or two doctors. I asked uncomfortable questions. If condoms are essential for containing HIV infections then how was it possible that both the HIV infection rate and condom sales were declining? I witnessed strange incidents. UN officials would quote highly-inflated figures of AIDS deaths in India and when questioned persistently would claim that the figures were a printing error. The long and short of the story is that HIV/AIDS left me bitter and brittle. I drank a lot, smoked a lot of weed, and fought with my parents.

Around that time, I moved out of my parent's home and never returned for more than a week. My mother’s memory of those days is tinged with pain and regret. Pain for what we did to each other and regret for what we could not. I teared up a bit.

Just then my father woke up. I hugged him like I do everyday now, and the three of us sat down for tea. You know what, my mother began, all said and done, you can’t question the establishment anymore. This is also a kind of virus, she said. I looked at my old parents, and finally saw the validation I had been searching for all my life. And just like that we went on with our day.

Mayank Tewari is the writer of Newton, Accidental Prime Minister, and Bard of Blood