Khamenei was tough and uncompromising in his remarks. He referred to the previous fortnight as "historical days". 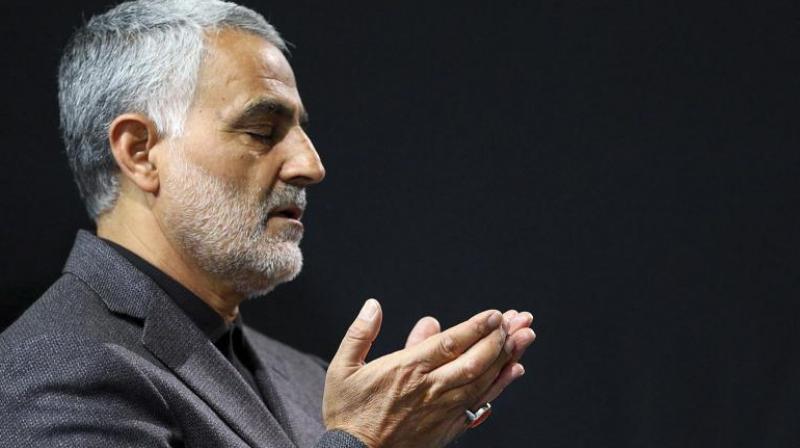 On January 17, Iran’s Supreme Leader, Ayatollah Ali Khamenei personally delivered the Friday sermon in Tehran — for the first time in eight years. This was a response to the highly emotive scenario in Iran following the US assassination of the popular head of the Al Qods Force, General Qassem Soleimani two weeks earlier, and the later revelation that the air wing of the Islamic Revolutionary Guard Corps (IRGC) had inadvertently shot down a Ukrainian civilian aircraft, killing all 176 persons on board, including dozens of Iranian students.

Khamenei was tough and uncompromising in his remarks. He referred to the previous fortnight as "historical days". Applauding the Iranian missile attack on US facilities in Iraq in response to the murder, Khamenei said Iran had shown its "ability to slap the face of the world's bully". He also claimed that the attacks had been a "blow to America's superpower image". The shooting of the plane he called a "bitter accident".

Khamenei's personal intervention amidst the national upsurge of anger was necessitated by the strong shift in popular mood: when earlier the nation had united in grief and rage after the Soleimani murder, it had later directed the same outrage at the Iranian leadership when the IRGC admitted, after earlier denials, that its personnel had brought down the aircraft believing that it was an American missile directed at Iranian military facilities.

Hundreds of young protesters demonstrated in several towns, calling for the resignation of the Supreme Leader and the removal of the government. In one instance, a portrait of Soleimani was also damaged.

The Iranian attacks on US bases had more a symbolic value than an attempt to effect lethal damage on US facilities and personnel, which would have triggered further US retaliation. The 22-missile strike on January 8 was directed at the same base, Ayn al-Assad, from where the US drones had been launched to kill Soleimani. Again, the Iranian attack coincided with the exact time of Soleimani's funeral, so that Iran's leaders could claim that the US had been slapped, while President Trump could declare "All's well" and that the US was ready for peace.

The US initially said there had been no injuries, but some days later admitted that 11 soldiers had suffered concussion and had been evacuated.

There now appears to be a short lull as the region's nations gather their breath and reflect on how they should cope with the implications of the assassination that has thrown the region in such disarray.

The immediate concern for Soleimani's successor, Maj Gen Esmail Ghaani, is to retain Iran's influence in Syria and Iraq. Ghaani was Soleimani's deputy for ten years and is fully familiar with both theatres. Early discussions between Syrian and Iranian officials suggest that both sides will attempt to carry on as before.

Iran's leaders have conveyed that the removal of US' "corrupt presence" from West Asia is their long-term aim. This could prove more difficult to achieve since US allies — Israel and the Gulf Sheikhdoms — believe they need an American presence for their security.

Iraq has generated some pressure to get the US forces out. Its parliament has passed a resolution calling on the government to end the 2014 agreement that had allowed a US military presence to fight the Islamic State. But this has evoked Trump's ire: he has demanded billions of dollars from Iraq to pay for the US facilities built in the country and promised other dire penal action.

In Syria, Trump has repeatedly indicated his interest in a speedy US withdrawal, only to be reversed by his officials claiming the need to prevent Iran from getting to Syrian oil or the fear of an ISIS resurrection.  Reports that Trump may have obtained a hardened neocon and Bolton colleague, David Wurmser, as his West Asia adviser suggest that US withdrawal from the region is unlikely, while conflict with Iran would be a priority.

Over the last few years, Turkey has made brinkmanship its foreign policy tenet. President Erdogan has maintained close ties with Trump, while steadily building military and political relations with Russia and working with the latter and Iran on the Astana peace process for Syria. As the US-Iran divide acquires a sharper edge in coming days, the US will insist that Turkey work on the US side.

This will pose several problems: Turkey and Iran are on the same side against the Kurds in Syria and Iraq, oppose Saudi influence in the Islamic world, and do not trust the Americans, particularly since the US has traditionally been close to the Kurds and could back their aspirations for independence.

Turkey would also not like to abandon its ties with Russia which it views as a serious regional player and more reliable than the Trump administration. Putin visited Ankara on 8 January to discuss the regional scenario, even as the two countries are attempting to reconcile their interests in Libya. Brinkmanship may reach its use-by date for Turkey fairly soon.

It is interesting to note that the Soleimani killing has evoked little enthusiasm among the Gulf Arab Sheikhdoms. Their principal interest is to reduce tensions and avoid the prospect of conflict, since they will be in the frontline of Iranian attacks.

Russian officials have sharply criticised the US for unilaterally contributing to promoting the prospect of a region-wide conflict and "serious negative consequences for the entire system of international security", as the defence ministry put it. The ongoing regional crisis could encourage Russia and China to work more closely with Iran, given that both were identified as principal US concerns in the US National Defense Strategy of 2018. They could even promote a new global financial system to pursue trade with Iran.

There will further escalation in regional tensions ignited by the precipitate, ill-judged murder by the US. Having no strategic vision for the region or clear next steps for peace, Trump has placed his friends, enemies and his own nation on the cusp of serious devastation.