Shock over silencing of Big Ben

The attacks in Barcelona reminded me poignantly of the city of Picasso and Gaudi, where we had spent many happy moments one summer. 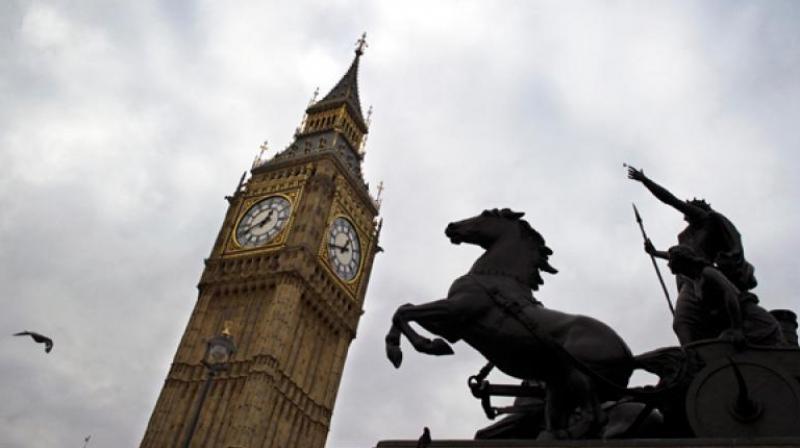 We all remember the song “Main ghanti Big Ben ki, saara London thumakda...” but alas London might not sway to the “bong” of Big Ben for much longer!

It is one of the most iconic landmarks in the world... perhaps the best known. London’s Big Ben is unforgettable. That “bong” even punctuates the start of some well-known BBC shows. To think that now it might be silenced for four years is eerie, because every time we enter the House of Lords, there it is, Elizabeth Tower, on which the clock has been chiming out the hours for decades. How can it be quiet? Every time we scurry along Victoria Street it is Big Ben that reminds us of the seconds and the hours.

But alas, according to Steve Jaggs, the Keeper of the Great Clock, the time has come to redo the mechanism, and preserve it for posterity... I have a feeling we will continue to hear the phantom sound for years, till the Big Bong is back!

This silencing of Big Ben, of course, is part of the expected refurbishment of the UK Parliament, which is inevitable. Even the 157-year-old mechanism of the clock is now surrounded by scaffolding. Does the silencing of the Big Ben mean that parliamentarians might even be shifted out — to conduct much-needed repairs? That is something most parliamentarians would not be pleased about — as there is a joy in working within one of the best known heritage buildings in the world.

The attacks in Barcelona reminded me poignantly of the city of Picasso and Gaudi, where we had spent many happy moments one summer. Sadly, now Barcelona is linked in a girdle of pain to other cities such as London and Nice where similar attacks have taken place. This is the real spread of a cruel franchise set up by maniacs, available to all with only a vehicle and household weapons at their command. And whoever is giving this fanatical encouragement to young people to become murderers is obviously worthy of being placed in a mental health institution. By calling them “terrorists” we are glorifying them.

We should call them murdering lunatics and ensure they get the same denigration as would any other wilful destroyer of human life.

Far too many of these youngsters, who become killers are quite marginalised already and are mostly ill-educated and dysfunctional. It is quite possible they have poor parenting as no elder, ever, in their families, seems to know what their intentions are.

ISIS gives a purpose to their lives (however macabre and crazy) as obviously they have no other ambition than to die and become infamous in the attempt.

Unfortunately, this act will make countries even more suspicious about Muslims in particular — which ironically helps the case of ISIS. It fuels the victimhood theory that these apparently mentally ill young men and women are eager to believe.

Diana is not someone we can ever forget, and it is astonishing how much material exists about her that lends itself to a fresh wave of documentaries being made about her decades after her death. The people’s princess is now being remembered in a minute-to-minute documentary recollecting her last day. The filmmaker has pieced together all that the princess did during those 24 hours, including whom she spoke to and the time she spent with the equally ill-fated Dodi al Fayed, her boyfriend at the time that she died.

It was the chase, as we know, between the couple and the media, who were photographing them relentlessly, which led to her death. But the documentary adds more details: when leaving Dodi’s apartment in Paris, Diana and Dodi chose to allow their official chauffeur to use a more public exit, while they left by a more discreet passage. Unfortunately, it now seems, that the driver of their car was not sober, which could have ultimately led to the fatal crash.

All this material is probably well-known, but every now and then there will be an anniversary or an event prompting us to remember her. And the media intrusion which was responsible for her death, resurrects her once more.

And, so, the world’s first Partition Museum was inaugurated at Town Hall in Amritsar by Capt. Amarinder Singh, chief minister of Punjab, on August 17, Partition Remembrance Day. The museum is about the colonial past and the events leading up to and post-Partition, focusing both on the freedom struggle — and what happened around the 1930s when the demand for a separate state of Pakistan grew louder. It tells a story of a brutal Raj, specially the deliberate humiliation of a colonised nation.

One prized item in the museum is an original “certificate” issued by the British rulers allowing a wealthy Indian gentleman permission to be seated in front of a British officer. It is dated 1919. This forced inequality led to many violent uprisings.

To me, the most interesting part is that the two states that saw the most anti-British violence were also the two that were partitioned — Punjab and Bengal. Was this the final blow from a departing colonial ruler? Do visit the museum to find out more.