The students are absolutely within their rights to airbrush poems they don’t want to see on the walls of what is their building. 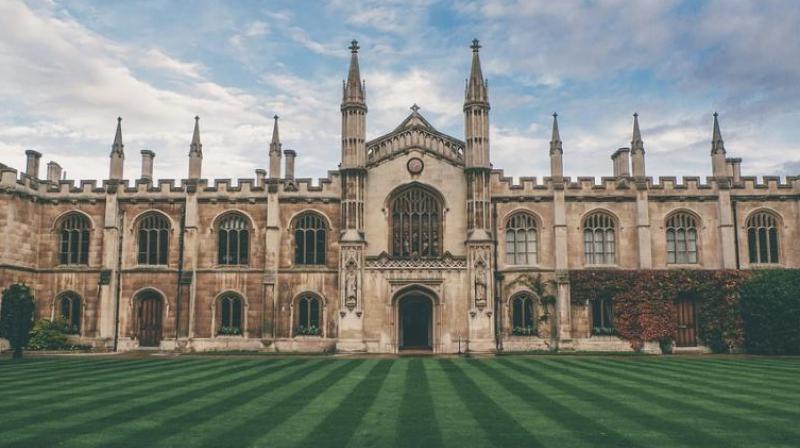 The fact that Manchester University’s student diversity officer and liberation and access officer initiate a move to erase If from their sight, will not result in Kipling’s works disappearing from the history of literature. (Photo: Pixabay)

“A noun as I was taught
Is the name of a person, place or thing.
I’m a person in this place and the world is overwrought
With Shiv Lings
And chicken wings
And every bird that sings.

Hamlet thought it was a play
Omar called them a sorry scheme
St Peter said they were all to all
And a wise man said they are not what they seem.”
From Ai Don’t be Silly
Yaar by Bachchoo

Photographs of the Russian Communist Party from the 1920s have had Leon Trotsky airbrushed out of them. Stalin, who initiated this photoshopping, didn’t succeed in removing Trotsky from history. We know about Leon.

It may be that Joseph Yugashvilli (Stalin’s real name) wanted to hang the politburo photographs in his bedroom and preferred not to see Trotsky’s bearded mug.

Something similar is happening today in Manchester University’s student union. Recent decoration of the building entailed inscribing Rudyard Kipling’s poem, If, on one of the large round internal pillars. The poem, as you gentle reader will know, is advice on how to live an ethical and balanced existence:

“…If you can fill the unforgiving minute/ With sixty seconds worth of distance run/ Yours is the Earth and everything that’s in it/ And which is more, you’ll be a Man my son!” is how it concludes. It is a remarkable piece of work, the more so for being written as one long sentence!

The student union’s officials erased the poem by painting over it and replaced it with a poem by the Afro-American poet Maya Angelou. On reading this as news, with the photograph of a young lady called Sara Khan, who is the “liberation and access officer” of the union, standing next to the poetry pillar, I concluded that she had been offended by the advice being offered to Kipling’s son rather than his daughter. I was wrong.

Another female student called Riddi Viswanathan, the union’s “diversity officer”, said that the elected panel of the union felt that Kipling was “not in line with our values” because he wrote another poem called The White Man’s Burden.

Ms Khan went on to say that Kipling was a racist and Angelou’s poem was chosen “because it reclaimed the history of people who had been oppressed by the likes of Kipling for so many centuries”.

The poem — If — itself contains no racist allusions or language. I have never regarded it as offensive in any way, though The White Man’s Burden and some other sentiments expressed in Kipling’s work can be seen as unacceptable and were so even at the time he wrote them.

Peculiarly, in a week in which British politics has been thrown into complete turmoil by the rebellions in Parliament and by the fate of Brexit and therefore the future of the nation hanging in the balance, this erasure of a poem made headline news in the nation’s media. It was seen by some as an illiberal act of censorship. By others, as an insult to a great writer, some of whose attitudes reflected the ideology of his times.

The students are absolutely within their rights to airbrush poems they don’t want to see on the walls of what is their building. Those who object to their objection are never going to set eyes on the said walls and have no concern or right to say what should or should not be on them. It’s the same as Stalin’s right to cut old Trotsky out of the photographs if he was only hanging these in his bedroom. We think it unfair that Stalin attempted to distort history as the photographs were not only intended for his private viewing. This batch of students are not banning Kipling’s works from being read by posterity. It’s just their wall and will be that of the next batch who may plaster 20 Kipling poems on it if its “anti-offences officer” puts forward a convincing case.

Many years ago, I wrote an MA thesis on the influence of Indian myth and folklore on Kipling’s work with special focus on The Jungle Book. Years after writing it I was invited by Charles Allen, the distinguished historian and biographer of Rudyard, to appear on a platform to discuss his work. The symposium was in the Royal Festival Hall. Charles was chairing and as I began to present my ideas three of the audience, a young black man and two young black women, identifiable from their accents as of West Indian descent, stood up and objected to my speaking. They said I, as an Indian, should not be giving a “racist writer” the benefit of any analysis.

I asked if they’d give me the opportunity to present a more complex view of Kipling’s attitudes towards the races, religions and imperial servants of the Indian subcontinent. They said they weren’t interested in listening to anything about a racist. Charles, from the chair, then asked them what they had read of Kipling’s work and their answer was that they had read nothing of his work because they didn’t read racist writers. That brought a not-very-appreciative reaction form the rest of the audience and the three of them made their way out of it and out of the hall.

The fact that Manchester University’s student diversity officer and liberation and access officer initiate a move to erase If from their sight will not result in Kipling’s works disappearing from the history of literature. I hope both the officers will take some time to read the very substantial and very important works of Rudyard Kipling and come to the conclusion that though there certainly are racist and imperialist statements in the work, there are also very many countering attitudes. His rendering of Indian idiom in English is, to date, unparalleled. And most of all that Rudy-baba has contributed a body of work to English literature comparable in importance to Dickens or maybe even… no, I won’t say it!