Suparna Sharma | The etiquette of dying 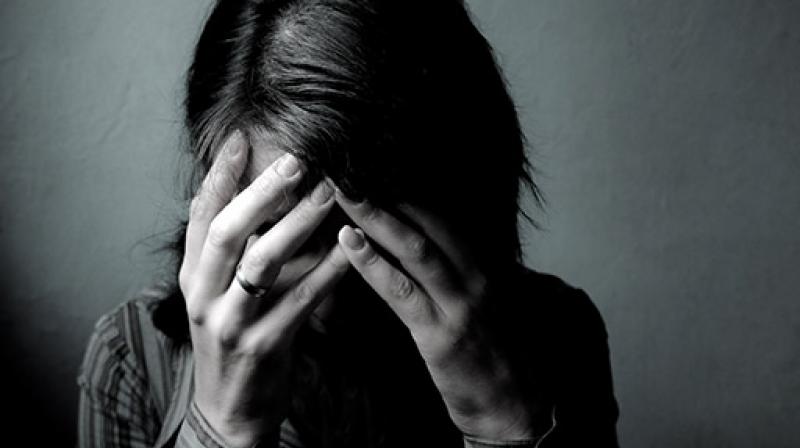 All suicides are not equal.

They differ, emotionally, culturally, and in the courtesies they extend us.
Some, because of their distance and regularity, pass without ripples or rage: Farmers-loan-pesticides. Brides-dowry-kerosene.

Then there are those whose reasons and triggers we understand: Tragic, untimely loss, or the fear of losing a loved one, money, business, reputation, health, freedom…But some, that leave no clues, seem as if they are meant to shock and stalk us.

In certain cultures, certain suicides are deemed honourable. They are encased in tradition and celebrated.

Before a man sitting in a white kimono, facing an audience, plunges a dagger into his abdomen and moves it from left to right, this last performance involves a meal, a drink of sake and writing a death poem.

Sushant Singh Rajput had his last drink. A glass of pomegranate juice before he grabbed a bedsheet and began twisting and knotting it. But he didn’t leave a note.

According to the Oxford English Dictionary, the first time the word “suicide” was used was in 1651. Since then there have been studies, research and even a specialised field suicidology dedicated to investigating its causes and prevention.

Suicide is the 10th leading cause of death worldwide. Every year, around 800,000 to a million people die by suicide, and there are about 10 to 20 million non-fatal suicide attempts a year. At its lowest, that’s about 27,000 suicide attempts a day. A huge database. Yet, the enigma endures.

Psychologists, psychiatrists, sociologists and philosophers know that suicidal thoughts and suicide attempts are mostly underpinned by mental health issues  depression, anxiety, schizophrenia, low self-esteem, trauma and that there is a gradual leading up to it.

Even when people have been toying with the idea, have had a long relationship with it, in most cases suicide is attempted when living ceases to be the better option. When there are multiple knocks biological, psychological, social, physical.

Suicide, they say, is not a choice between two opposite options a good and a bad one. It is attempted when dying seems easier, better than living. More than the wish to die, suicide is an act of rebellion against life.

And because suicide requires taking action, psychiatrists agree that it is usually not attempted when people battling mental illness are at the rock bottom. It’s mostly attempted during recovery, when people are seemingly doing better.

It’s impossible to predict who will act on it, they say, but when there are signs, bringing up suicide is not triggering. Talking about suicide can take away its power.

Seemingly, Sushant Singh Rajput had everything. A huge TV star, he had successfully transitioned to Bollywood in 2013 when his first film, Kai Po Che!, won him many awards.

The actor who later dared to play M.S. Dhoni quite memorably was obviously very talented and dedicated to his craft. And he was, by all accounts, intense, intelligent, emotional, but also fragile.

He wanted and sought acceptance. He wanted to feel like a star. And for that, he wanted to be treated like one. Sushant had bought a farmhouse, a Range Rover, a Maserati Quattroporte, and a BMW bike.

But Bollywood is a hard place. Stardom and the pursuit of it  breeds a heightened sense of insecurity, and so clubs and cliques are formed where people find comfort, some loyalty, validation.

They band together to wield power, to enjoy and dole out privileges. Certain interests are safeguarded, others are made to wither with gossip, malevolence. The marketing-media game is played, divas are shaped, careers are embellished and nepotism keeps them all in business.

Being born into a Bollywood royal family can guarantee membership to these cliques. Otherwise, entry is by invitation only.

Sushant Singh Rajput apparently tried to get in, but it seems that every time he thought he had a foot in the door, it shut on him.

In Sushant Singh Rajput’s 6th floor duplex apartment in Bandra, Mumbai, a massive Meade 14 LX600 telescope stands on a tripod, staring out of the living room window. An engineering student, Sushant would often train it this way and that, to look at the stars, at Saturn’s rings, Jupiter’s moons, or he would explore Andromeda, the galaxy next door.

Police say that he was under treatment for depression, but had recently stopped taking his medication.

That his girlfriend had moved out. Though he had a movie ready for release, the ironically titled Dil Bechara, he had lost some big-banner films. That he had made a few phone calls the night before, but they had gone unanswered.
Multiple knocks.

Psychiatrists and sociologists agree that the news of suicide of someone we know, or know of  can trigger suicidal thoughts, and suicide can suddenly become an attractive option.

On June 10, four days before Sushant Singh Rajput hung himself, his former manager, Disha Salian, had jumped from the 14th floor of a building.

In every suicide report that we read, we eagerly look for the bit about a suicide note. If it says, a “suicide note was found”, we feel relieved. There is comfort in the banality of a suicide note. In knowing that we will know. Else, there is the unbearable burden of silence. Shattering, haunting.

Sushant’s last moments are like a mystery, a frozen frame that we hope holds some clues.

That's why, perhaps, many have been foraging, tracing back, looking for reasons, a culprit. We want to pin the blame, rage, punish. Because otherwise, maybe, we may be culpable, too.

Philosophy professor Simon Critchley, who has studied the suicide note and calls it a “fascinating literary genre”, says, “Here’s someone in their last moments, trying to communicate...”

Critchley, however, doesn’t know why some leave a note, while others don’t. But he talks of suicide sometimes being an act of revenge, and recalls one particular note:
Dear Betty,
I hate you.
Love,
George
Love-hate.

Is the act of suicide then, the message itself? Is it, sometimes, flipping the middle finger at life? Or is the act of not leaving a suicide note, the statement? I owe you nothing. Especially not closure.

Did Sushant Singh Rajput break the etiquette of dying by not leaving a note? Or are we just trying our best not to read his death poem?