Worst thing to brag about now is a 56-inch chest

Disgust and loathing were evident as citizens raised their voices to demand more than just hot air and rhetoric. 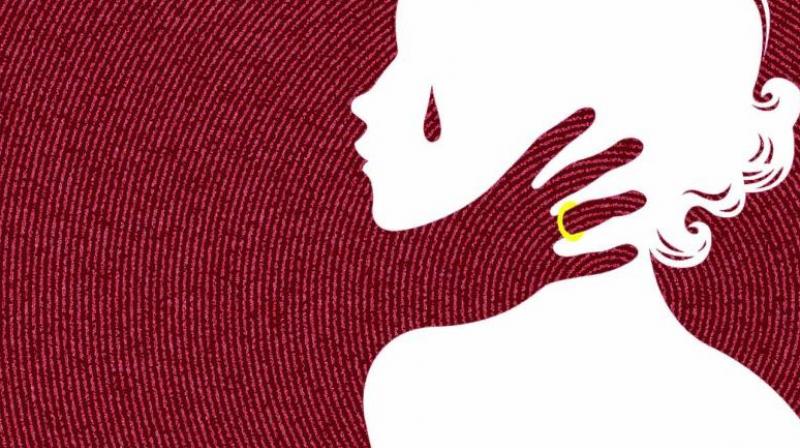 Most of these crimes go unreported. And yet, this particular crime touched millions of people sufficiently for them to take to the streets and protest. (Representational image)

It had to happen. And it has. It took the rape and murder of an innocent eight-year-old girl to bring down a behemoth. The young Kathua victim has achieved a feat nobody else could have pulled off. She showed the world that the self-styled emperor of India wears no clothes.

Tragically, in death, she has succeeded in damaging the impregnable wall built around India’s Prime Minister Narendra Modi. The damage appears irreversible. To that extent, let us console ourselves that the Kathua victim’s death has not been in vain. She has unwittingly performed a national service, exposed a powerful man’s apathy and become our hero.

The pathos behind the narrative cannot be dismissed. It took the brutalisation of an innocent little girl, for citizens across the board, across political divides, across continents, to wake up to the callousness of Mr Modi and his colleagues. What was it about her kidnapping, rape and murder that brought a horrified and sickened nation together? As has been argued, hundreds of little girls (and little boys) are raped and murdered daily in India.

Most of these crimes go unreported. And yet, this particular crime touched millions of people sufficiently for them to take to the streets and protest.

Misinformed cynics mocked those they considered “cosmetic activists”. A senior journalist went so far as to ask Bollywood stars who spoke up for the Kathua victim to “shut up”. As if he was the sole arbiter of who was entitled to express outrage and who wasn’t. The haunting image of the eight-year-old, whose bruised and battered body was finally located after a long search by her impoverished, nomadic parents, led to widespread international comment and condemnation. The anger was as much for the barbarity that a child had been subjected to by men who displayed their bestial natures (though animals would never stoop to these low levels), as for the belligerent attempts to hush up the case, protect the criminals and bully the family of the victim. Had it not been for certain sections of the media, the Kathua victim too would have been one more pathetic statistic.

Well, the time for that is over. Public opinion in India is on fire. And Narendra Modi is paying a gigantic price for his indifference and silence. By the time he woke up to the enormity of the outrage, and issued the standard tepid statement about protecting the daughters of India blah blah blah... it was already too late to recover lost ground.

Disgust and loathing were evident as citizens raised their voices to demand more than just hot air and rhetoric. So far, nothing of any great consequence has taken place. It is not enough to pick up two smirking conspirators and charge them with the crime. It is not enough to bleat and make the right noises in London about making sure we ask our daughters where they are going, what they are wearing and who they are going with.

Come on, Mr Prime Minister, which age are you living in? Punish the perpetrators! And do it quickly. People are asking tiredly: “Didn’t we hear the same old rubbish after Nirbhaya? And then what happened?” That’s just the point —nothing!

The most poignant comment in the Kathua rape-murder case came from her grief-stricken father when he confessed: “We looked for her everywhere, but we didn’t think of looking for her inside the temple because we thought it was a very sacred place.” When that “sacred place” gets desecrated by men who used the premises to sadistically batter the fragile body of a little girl, you know there is little hope left for a political party that supports such a heinous and terrible act.

What happens next will determine how India votes next year. These last four years have been a fascinating exercise in how to self-destruct. Narendra Modi started off on a high note and then just blew the advantage, one false move at a time.

There is a limit to megalomania, no matter how charismatic the leader is. Even his most ardent bhakts have been left red-faced after Kathua, unable to defend the casualness of their leaders, some of whom were brazen enough to shield the rapists.

The PM can chest thump in London for all we care. The widespread protests, jeers and taunts that greeted him spoke a different story. Eyewitnesses wrote about the 200-odd Gujarati supporters who showed up to cheer him against the far bigger number of activists who raised slogans (“Modi Go Home!”) and demanded justice for the Kathua victim.

It goes without saying that desi channels back home chose (or were ordered) to telecast a carefully edited version of the London trip, not realising that in these times, just one phone camera in the audience is enough to widely disseminate the truth to the world.

The truth is horrific and shameful. Try as he might, Narendra Modi is losing this round, and how. His empty words have angered former civil servants sufficiently to pen the Prime Minister a strongly worded letter registering their anguish and disappointment.

By underestimating the mood of the nation at a sensitive time like this, Mr Modi may have jeopardised his party’s expected win in the next election. There is an apt Gujarati word for people who are full of bombast, but hollow within — khokla. That’s what Mr Modi is sounding like when he brags about the surgical strikes against Pakistan and struts around on the international stage mouthing grandiose declarations.

Clearly, all that bombast did not impress IMF chief Christine Lagarde, who openly ticked him off for the second time from a public platform. Someone should have brought him down to earth by showing him the images of people at an airport in Turkey wearing T-shirts that warned tourists about visiting India because of the lack of safety for women. No amount of damage control is going to whitewash what took place in Kathua with an innocent shepherd girl. Let it be said over and over again, bluntly and boldly — it was a bunch of depraved, debauched Hindu men, who kidnapped, drugged, raped and murdered a Muslim child inside a temple, and whose broken body was found carelessly thrown on a deserted road inside a forest. There. It is said. It is the truth. Let’s face it. So many months later, her grief-stricken family is on the move, having left their village behind forever.

They have lost a precious daughter. India has lost face.