The perils of fighter price fixing

Huge delays and the resulting rising costs have marred the modernisation programme and timely replenishment of inventory of frontline fighters. 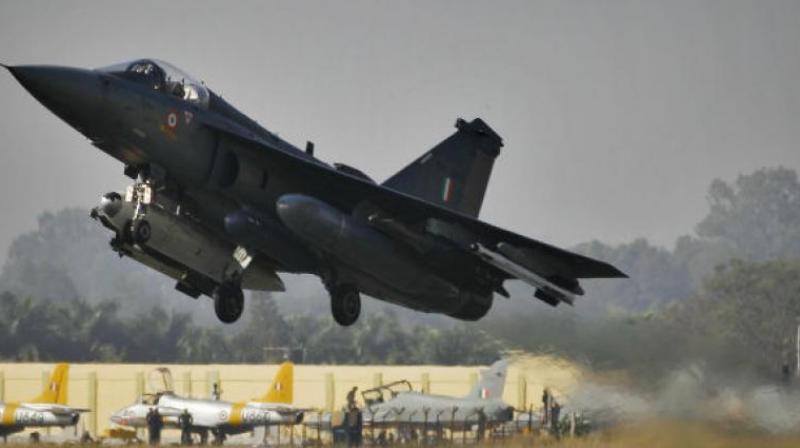 It is the cost involved that is creating a problem for India’s aircraft (civil and combat) acquisition programme for the last four decades. (Photo: PTI)

I was neither surprised nor shocked to see media reports like “India’s weapon-buying system is in shambles”; “Make in India Defence plans still non-starter” and “Defence Ministry ‘paper’ picks holes in arms buying procedure”.

Though I don’t have access to the information referred to by the media, the reported built-up reality can safely be visualised from the fact that successive governments, irrespective of which party is in power, have failed to ensure defence preparedness either on their own account or due to some unavoidable and inexplicable divine intervention!

The bottomline nevertheless stands stark. India’s military forces are in dire straits when it comes to equipment that is crucial for defending our borders. Huge delays and the resulting rising costs have marred the modernisation programme and timely replenishment of inventory of frontline fighters. All the three services have been affected — the Air Force, Army and Navy.

Take the “test case” of the medium multi-role combat aircraft (MMRCA). It can now be a classic “case study” for budding human resources development and technical managers. Managers are taught the art and craft of management, but they must also have a fair idea about mismanagement, else the learning remains incomplete.

Surprised? Don’t be. Management and mismanagement are two sides of the same coin, just like success and failure are. If you want to enjoy the fruits of success, you must first consume the bitter pill of failure.

For India, however, it seems that the “management of mismanagement” has lingered rather too long. So much so that whosoever is in power today, or whosoever will assume power tomorrow, will find the untying of the MMRCA knot a virtual nightmare, possibly sounding the death knell of their policy and polity — all due to the government’s inability to focus on indigenous fighter aircraft production in right earnest for more than seven decades.

Why do I say so? Well, one just has to glance through some published facts and figures, and it won’t be difficult to understand. When India called for the MMRCA bid for 126 aircraft, six vendors responded. Four of them were twin-engine (US Boeing F-18; Russian MiG-29/35; the four-nation Eurofighter and the French Rafale), and two were single-engine (US Lockheed F-16 and the Swedish Saab JAS 39 Gripen).

It is the cost involved that is creating a problem for India’s aircraft (civil and combat) acquisition programme for the last four decades. Once the aircraft have been imported, no one bothers about its quality and utility. Rather, everyone is worried about the cost involved. Rightly so, no doubt, but one must not forget that it takes two to tango — the price fixer and price acceptor.

Let’s have a look at the listed price of the six bidders of the now-defunct MMRCA process. The US Lockheed single-engine F-16E/F unit cost is reported to be around $50-55 million. The Swedish single-engine Saab JAS 39 Gripen — the South African purchase of 28 jets was estimated to cost $1.9 billion in 1998 — which makes it a little more than $67 million-plus per aircraft. In contrast, the Brazilian order for 36 was valued at SEK (Swedish kroner) 39.3 billion (2015).

Simply put, even during normal times, the pricing of fighter aircraft is a complex process. However, more complex and complicated is the price fixation on the negotiation table between a key technology-holding manufacturer-supplier and the receiver who banks on “charity of goodwill and friendship” of the former. However, the arms bazaar is a hardcore business market, not a charity game. It’s a cash for combat weapon. It’s wealth creation economics of manufacturer and state-exchequer-depleting compulsion for the non-manufacturing buyer. One point, however, deserves to be noted. When six vendors vie for one contract, it’s advantageous for the buyer as it has a wide choice. India certainly had a traditional advantage vis-a-vis the manufacturer-seller. However, sustained corruption allegations (which are perceived to be true) have unfortunately turned the buyer’s market into a seller’s market, thereby giving the foreign vendors an upper hand. Consequently, our soldiers, sailors and airmen have to bear the brunt. That is the real tragedy.

(All the facts and figures in this piece are gleaned from verifiable, credible, printed open sources like Jane’s; the International Institute for Strategic Studies (London) and the Stockholm International Peace Research Institute)