Using a sub-account of a foreign institutional investor or foreign portfolio investor, one could mask the identity of the actual investor. 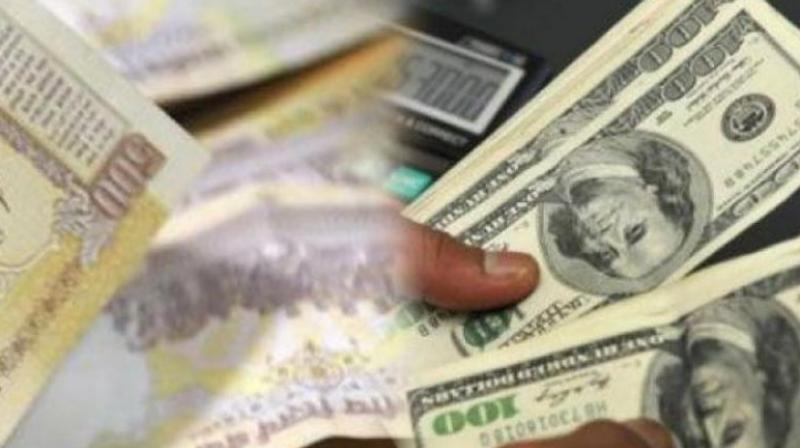 The illusion of free will is as dangerous as its actual suspension, for surreal as the dream is, a noxious chimera, a world of make belief; it leads to a comfort zone which requires instant tearing down. For if this eco-system is used to imperil a democratic institution by removing the scope of robust debate, then anarchic legislation like the draconian Land Acquisition Bill of Sonia Gandhi, which can de-industrialise India, is a byproduct for decelerating development.

What happened last week was akin to the release of such an incapacitating agent and it slipped through the cracks since no one was looking.

Or was it a bipartisan attempt to push through a sinister and tendentious law? Simply because lucre is the lubricant.

That seems to have been the case, for amid complete pandemonium, the BJP government amended the FCRA (Foreign Contribution Regulation Act 2010), which banned overseas corporations from funding Indian political parties. A Delhi high court ruling of 2014 had held both the BJP and the Congress guilty of flouting the law. What was worse is that last week’s amendment was done retrospectively. Consciousness is nothing more than processing of information — fear, bias, compassion, anger, depression, emotion, et al are a part of cognitive realism. A 42-year-old law was changed in 42 minutes of mayhem in the House. The dopamine levels were deliberately dumbed down, it seems, for the din allowed safe passage, but what were our neurotransmitters doing, are they alive and kicking to circumvent such illusory tactics, tipping everything directly into the net?

Unfortunately, all of us stood mute testimony to electoral funding being corrupted. After all the song and dance on electoral funding the government was making and how it would clean the Augean stables, this was a betrayal.

Just imagine — the amendment frees Indian political parties of any legal scrutiny on receiving foreign political funding, once again confirming the long-held belief in the stockmarkets that the P Notes (Participatory Notes) were nothing but a derivative instrumentality to round trip one’s own money back into the country, using the safe haven of an offshore tax destination. Using a sub-account of a foreign institutional investor or foreign portfolio investor, one could mask the identity of the actual investor.

The dubious P Note, on which the government has tightened its vigil, was also known as Promoter’s Note or Politician’s Note, both euphemisms for bringing back black stash from overseas tax havens. Now, the gatekeeper has himself opened the floodgates and that is the only truism. For it will allow them to escape scrutiny with retrospective effect for 42 years, even as it provides a security shield and protection from judicial inquiry.

It can only be described as a travesty. The BJP and the Congress will tell you off the record that elections have to be funded.

Of course, the din was also used as a ruse to pass other things, including a cutback on various government schemes, and there was no debate on the Finance Bill. All the visceral hatred that exists between the two main political parties was buried for this amendment to be passed by voice vote. The Association for Democratic Reforms (ADR), which considers itself to be a guardian of democratic reforms, stated on its website — in 2016 — that finance minister Arun Jaitley had inserted a surreptitious amendment in that year’s Finance Bill which shielded both political parties from having violated the Foreign Contribution (Regulation) Act 2010 when they accepted donations from London-based multinational Vedanta. The amendment was a thinly-disguised attempt to overturn the 2014 Delhi high court order that found both the Congress and BJP guilty of violating the FCRA, and ordered the government and the Election Commission to act against them. However, the 2016 amendment — which changed FCRA to redefine foreign companies as “Indian” if their ownership in an Indian entity was within the foreign investment limits prescribed by the government for that sector — was made retrospective only from 2010, which is when the latest version of FCRA was introduced. This meant that donations received from foreign companies prior to 2010 were not covered by the retrospective amendment.

Ironically, the impugned Vedanta donation itself was from before 2010. A new amendment in Finance Bill 2018 — made public after the announcement of the Budget on February 1 — then sought to amend that 2016 amendment so that the BJP and Congress were off the hook for any donation received after August 5, 1976 — the date of the commencement of the original Foreign Contribution (Regulation) Act of 1976. The 1976 law was repealed and later re-enacted as a separate piece of legislation in 2010 with minor changes.

The new amendment gets both political parties off the hook for receiving foreign donations of up to Rs 5 crores from companies even before 2010 as well.

With foreign donors bypassing government scrutiny, courtesy this amendment, the Representation of the People Act, which bars political parties from receiving foreign funds, has been bushwhacked. There are at least 25 instances of the Congress and BJP receiving funding from “Indian” subsidiaries of various foreign companies before 2010. The data compiled by ADR shows the parties have got funding in the range of Rs 5 lakhs to Rs 5 crores from Indian subsidiaries of Vedanta, Dow Chemicals and Switzerland-based Mundipharma over the course of six years, from 2004 to 2010.

By sidestepping the core issue, what happens to the optics on cleaner and transparent electoral funding? “As per the existing provisions, any Indian company will fall in the category of foreign source if at any time more than 50 per cent of its shareholding is acquired by a foreign entity and would require to seek approval under the FCRA to implement its corporate social responsibility (CSR) activities as mandated under Section 135 of the Companies Act.

Moreover, the problem multiplies for listed companies as the shareholding pattern fluctuates on a daily basis.

As such, such entities can transfer funds only to associations registered or granted prior permission under FCRA,” was the defence put out by minister of state for home Kiren Rijiju in 2016. He added that contributions made by Indian companies with foreign holdings up to the prescribed limit as per extant FDI policy will not be treated as foreign contributions.

“As these are still Indian companies registered and governed under Indian laws for companies, treating their CSR contributions as “foreign contribution” under FCRA creates complications for donor companies as well as recipient associations. Similar problems have also come to notice in cases of donations by such companies to various political parties by companies,” he added.

Incidentally, last year, the BJP and the Congress withdrew their respective appeals in the Supreme Court against the Delhi high court verdict that held them guilty of violating the Foreign Contribution (Regulation) Act when they accepted donations from London-based Vedanta.

The bipartisanship conspiracy theory is proving to be absolutely correct. A charade was played out before our eyes, and we were unable to prevent it from fructifying.