India-China talks in Agra: No give nor take

Aksai Chin lies between Jammu and Kashmir, and China’s Xinjiang province, both regions that are also riven by separatist conflicts. 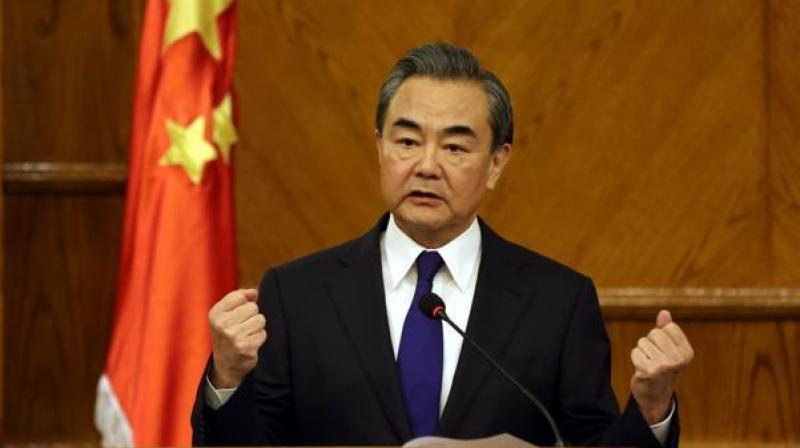 The Indian and Chinese special representatives, national security adviser Ajit Doval and state councillor and foreign minister Wang Yi, will have their 22nd round of talks ostensibly to discuss the “border issue” on December 21 in Agra under the shadow of that eternal symbol of love, the Taj Mahal. But will love bloom between the two countries? It seems extremely unlikely. There is now a monotonous regularity in these talks and no resolution of the vexatious border issue seems to be in sight, let alone be discussed. Since the border issue now seems very intractable, the two representatives have broadened the scope of the talks to discuss other bilateral issues. Nevertheless, while it is clearly understood that the resolution of the border territories dispute may never be on the horizon, but at least agreeing on where the interim lines of control lie the military vigil on the borders will ease off into a less tense standstill. Sadly for us, there was a time when with a little bit of give and take this contentious and now protracted problem seemed solvable.

In 1960 Chinese Premier Zhou Enlai suggested something akin to a status quo as a permanent solution. This was repeated in 1982 by Chairman Deng Xiaoping to India’s ambassador in Beijing G. Parthasarathy. Once again it was offered during Rajiv Gandhi’s tenure as Prime Minister to then Indian ambassador A.P. Venkateswaran and the senior adviser to then Chinese PM Zhao Ziyang. But when Prime Minister Rajiv Gandhi visited Beijing in 1988, both countries decided to keep a permanent solution aside and focus on immediate “doables”. All along India felt that the internal political situation will not allow the government of the day the room to go with it. It hasn’t changed much, with the historical issues even less understood and inflamed public opinions prevailing on both sides.

What is commonly referred to as the “border dispute” between India and China has now manifested itself into two distinct disputes. The first is the dispute over two large and separated tracts of territories. One is Aksai Chin, a virtually uninhabited high-altitude desert expanse of about 37,000 sq km. The other is what is now the Indian state of Arunachal Pradesh, a diversely populated hill region with a population of around 1.4 million people spread out over 84,000 sq km, which China claims as Lower Tibet.

Aksai Chin lies between Jammu and Kashmir, and China’s Xinjiang province, both regions that are also riven by separatist conflicts. Arunachal Pradesh borders Tibet, which also has a separation conflict with China. India claims that these borders were agreed upon by British India, and independent or semi-independent authorities, in Xinjiang and Tibet in the early days of the last century. China doesn’t agree with these. Both countries agree that these are legacies of history and cannot be solved in the immediate or near term and are best be left to the future to resolve.

But what causes the frequent frictions between the two is that they do not have agreed Lines of Actual Control (LAC) to separate the jurisdictions under the control of the armies of the two countries. The perceptions of the LAC differ at many places. At some places it might be by just a few meters, and elsewhere by tens of kilometers.

To minimise the inflammability due to active patrolling of security personnel of both sides, the two countries have a Border Defence Cooperation Agreement that sets out norms of behaviour for both sides. The important thing being that nothing of a permanent nature will be built on these disputed areas, and that the patrols take all precautions not to confront each other. Which simply means, if they come face to face, they will both withdraw. The corollary to this is that the patrols will not tail each other. The agreement also requires local commanders to frequently meet and exchange views and sort out local differences across the table.

Despite the adverse geographical and climatic conditions, and the overarching tensions between Asia’s biggest economies and military powers, the troops on the ground are able to show surprising bonhomie and friendliness. But periodically, either due to a misunderstanding or local-level posturing by either side, there are frictions that threaten to erupt into a conflict with use of arms. But it has not happened since 1967, when the two armies fought a fierce localised battle in the Sikkim sector, quite close to where the recent Doklam dispute took place.

The two countries have been engaged in frequent talks at various levels since 1981. After Prime Minister Rajiv Gandhi’s visit to Beijing in 1988, both countries had agreed to set up a task force to find a solution to the “border issue”. Chairman Deng, welcoming his “young friend”, suggested that they “forget the past” as they stood in the centre of the cavernous Great Hall of the People in Beijing and the handshake lasted three long minutes.

For three long decades since then, the two countries have been meeting to discuss the border issue, but so far we have seen unwillingness by both sides to forget the past. Since 2003, these talks were elevated to a high-level political dialogue between special representatives, in India’s case the national security adviser and in China’s case an official at the level of state councillor. The first meeting at this level took place between Indian NSA Brajesh Mishra and Chinese state councillor Dai Bing Guo. We are now having the 22nd round of this dialogue between India’s NSA Ajit Doval and China’s state councillor Wang Yi.

A former Indian NSA once told me that the talks are high in style and hospitality, with the Indian side trying hard to match the Chinese, but there has been little traction. This is because of the versions of the claims that have been internalised and now form public opinion in both countries. Both countries are gripped by strong nationalism bordering on jingoism, which makes give and take, so vital in the resolution of such vexatious disputes, extremely difficult.

But the Border Management and Cooperation Agreement is a major outcome of these talks, and that has by and large worked. The next logical step of these talks should be to agree on a LAC. Unfortunately, however, even that is now being weighed down by aggressive nationalism driven by the social media, that equates “giving up” with national loss of face. This is something that is increasingly very important to both countries. We will not be seen giving up anything, even our obduracy and historical short-sightedness.

Both countries are now very different then what they were in the last century. Both India and China are relatively prosperous and militarily powerful, but not so powerful to take by force what they desire. The new geopolitics and the new interdependent economics also will not permit a major dislocation in the world order. But the rise of new nationalisms has also led to a hardening of hearts. Neither now seems capable of giving or taking. So once again, when Ajit Doval and Wang Yi meet in Agra this weekend, both sides will not give away anything and we will have to wait for another time for that.