The therapist told his politician friend that the root cause of his disease was his hatred towards Richard Nixon. 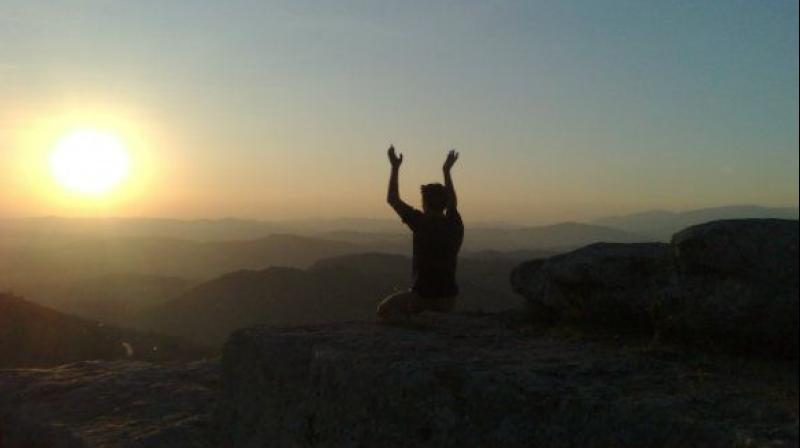 Clouds are there, because without clouds there can be no lightning - dark clouds of thoughts are there. (Representational image)

There is a very significant old story. A psychotherapist met his politician friend who was suffering from ulcers. Generally, all over the world. the politicians live a life of hate and anger against their opponents. So it is natural that they suffer such diseases. The therapist told his politician friend that the root cause of his disease was his hatred towards Richard Nixon. He prescribed him a method of healing his ulcers. The method was to write in big letters the name of Richard Nixon on his pillow and beat the pillow for some days, express his violence on the pillow. He said it was a sure cure for the ulcers.

The politician said: No, this won’t do. I want to beat up the real Richard Nixon. I don’t care if the ulcers get healed or not. I hate Nixon.

The therapist told him to experiment with another powerful method of cutting woods in the jungle for some days. The politcian did not agree to do this also.

It is a coincidence that after four months the politician had a chance to stay on a certain mountain with one of his friends to make future plans . It was winter time and though the house was very beautiful, there was one problem that there was no electricity. They could not warm up the house and get hot water for shower. So they had to walk down daily a few miles towards the valley to cut the trees and bring woods to the house for a whole month.

After a month the politician came back to the city where he lived and went for another health check-up. To his surprise, the doctors told him that he had no trace of ulcers. The doctors told him that the repressed energy had become toxic within his system and he had suffered ulcers. The same energy had been released. It was not a miracle but a pure science of release of toxic energy.

It happens all human beings, as most of us are ignorant about the way our energy works. The hate and the anger vitiate the energy—and the same energy creates smoke and unhealthy fumes within us and we become ugly. We can purify this energy with love and compassion, and then we become radiant. The energy affects our consciousness both in the negative and positive way. We need to be aware and observe it.

Besides the cathartic methods of expressions, Osho gives a powerful method of transformation through observation: If you become aware of your anger, understanding penetrates. Just watching, with no judgment, not saying good, not saying bad. There is lightning, anger, you feel hot, the whole nervous system shaking and quaking, and you feel a tremor all over the body - a beautiful moment, because when energy functions you can watch it easily. Close your eyes and meditate on it. Don’t fight it, just look at what is happening. Just like you watch a storm in the sky - the whole sky filled with electricity, so much lightning, so much beauty - lie down and look at the sky and watch. Then do the same inside.

Clouds are there, because without clouds there can be no lightning - dark clouds of thoughts are there. Somebody has insulted you, somebody has laughed at you - many dark clouds are there in the inner sky and much lightning. Watch. It is a beautiful scene - terrible also, because you don’t understand. So you are afraid of it. Awareness is an in-goingphenomenon, it always goes inwards: the less aware you are, the more out you are; unconscious - you are completely out of your house, wandering around.

Unconsciousness is a wandering outside; consciousness is a deepening of the inside. When anger is there, keep looking, watching, and soon you will see a change. The moment the watcher comes in, the anger has already started becoming cool, the heat is lost. Then you can understand that the heat is given by you; it is your identification that makes it hot, and the moment you feel it is not hot, the fear is gone, and you feel unidentified with it - a distance is created. It is there, lightning flashing around you, but you are not it. You become a watcher on a hill: down in the valley, there is much lightning... the distance keeps growing, and a moment comes when suddenly you are not joined to it at all. The identity is broken, and the moment the identity breaks, immediately the whole hot process becomes a cool process - anger becomes compassion.