Severe to very poor: Air quality is a metaphor for political leadership

The Delhi Met Bureau may have actually made a deeply philosophical observation with its imagery applicable to several facets of life these days. 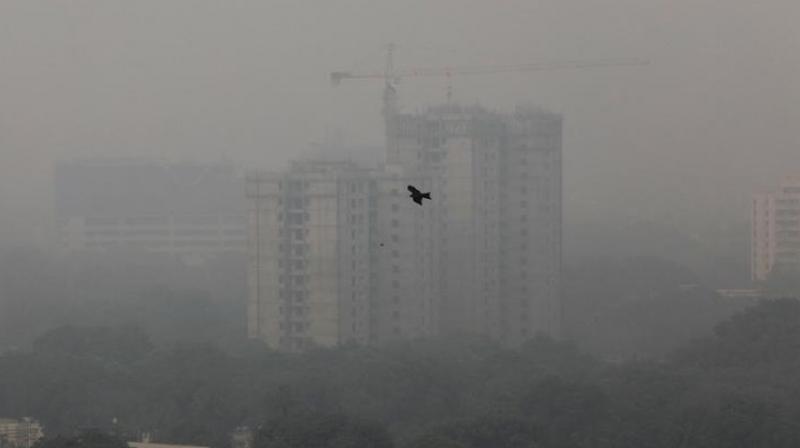 The intriguing metaphor of improvement between severe and very poor certainly applies to extant political choices in a large number of locations. (Photo: ANI)

Spurred by an unexpected breeze, the quality of air in Delhi ‘improved’ from ‘severe’ to ‘very poor’. Some improvement, you would say, but do tarry a little.

The Delhi Met Bureau may have actually made a deeply philosophical observation with its imagery applicable to several facets of life these days. The intriguing metaphor of improvement between severe and very poor certainly applies to extant political choices in a large number of locations.

Take Pakistan, where the PPP is compelled to swear by Z.A. Bhutto as a great liberal even though he heaped misery on a minority community in a moment of communally inspired political opportunism. And Nawaz Sharif is the preferred symbol of the nation’s hopes for a democratic recovery having conjured images of a Taliban-style amirul
momineen replacing the country’s elected prime minister.

As for Imran Khan, he continues to flirt with some kind of liberation theology given his abiding faith in the Muslim clergy. As for the generals, they trump everyone by merging the options into a seemingly irreversible order of things.

Transpose the irony of self-limiting choices on American politics. Is it not true that Obama was to Libya what Bush was to Iraq and Clinton was to Yugoslavia? To the American voters, however, these former icons define all that they can choose from. The slightest difference in demeanour and style becomes the critical inflection. Elizabeth Warren, or whoever gets to lead the Democratic challenge against Donald Trump next year, thus needs to fight not just Trump but the ghost of his predecessors to progress from choosing between severe and very poor.

In this regard, the choices for Indians have been even more notably stifling. It seems as though the ‘Good’ has been removed as an option from a Clint Eastwood movie, leaving only the ‘Bad’ and the ‘Ugly’ to battle it out. Among other regressions, Nehru’s Congress is talking to the Shiv Sena in Maharashtra where they could come together along with the Nationalist Congress Party (NCP) of
former chief minister Sharad Pawar.

Following recent state elections, which the BJP-Shiv Sena had fought together, the BJP’s numbers in the new assembly dwindled. In Haryana too, in Delhi’s neighbourhood, Modi’s party lost seats, but it co-opted the services of a discredited legislator to cobble a wafer-thin majority. The BJP had earlier sought the man’s arrest for alleged rape but it is now beholden to him for critical support. The Congress has no role in the ugliness of the moment and needs to just watch the BJP choke on its own muck.

It is significant that in Maharashtra and Haryana Modi’s appeal didn’t work. And this happened despite the Congress grappling with its own severe crisis as it limps on under an interim president in Sonia Gandhi. It has the numbers with the NCP to wean Shiv Sena away from the BJP by offering it greater share in the power structure. But should it morally do so?

The Shiv Sena has run on fascist principles with a pernicious anti-Muslim and anti-Dalit ideology. The outfit shored up by militant middle-caste Marathas was actually set up by the Congress, as a cat’s-paw against the influence of Brahmin-led communist unions that greatly troubled Mumbai’s business captains. The strike-breaking Sena conjured different enemies in stages and is currently positioned as anti-Muslim and anti-Dalit. Its volunteers confessed to taking part in the demolition of the Babri Masjid in 1992.

What’s significant about this Congress-NCP-Shiv Sena project, though it is still on the anvil, is that it follows the supreme court’s judgement on the Ayodhya dispute, which rather controversially assigned the piece of land where the Hindu mob razed the 16th-century mosque against the supreme court’s orders to the very mob with a mandate to build a temple to Lord Ram there.

Many Hindus worship Ram as the god-prince of Ayodhya, but only the BJP and its linked groups seem to know the precise spot where he came into the world. There was a time when the Congress government under Manmohan Singh told the apex court tartly that though Ram was worshipped across the country — and Muslim poets including Iqbal had written paeans to him — there was no scientific evidence he actually existed. Be that as it may, the Congress is now fully on board with the temple project, which is not surprising at all.

Ever since the communists parted ways with the Congress party in the wake of Indira Gandhi’s emergency rule, the Congress has veered closer to the Hindu right. This was a leading factor in Mrs Gandhi’s hurried calculations that led her to misjudge the mood in Punjab where she weighed in against the alienated Sikh community with military might.

The consequence was disastrous for India even though in the short run Rajiv Gandhi did win an unprecedented landslide, seen as a sympathy vote over his mother’s assassination by her

Sikh bodyguards. Thousands of Sikhs were slaughtered in Delhi by mobs that were encouraged by the Congress party’s backroom cosiness with the Hindu right.

As for Maharashtra, there is nothing new or even surprising about the Congress and the NCP coming close to the Shiv Sena even if they pretend to be wary of its pronounced fascist tag. One needs only to flick off the dust from the Justice Shri Krishna Commission report on the 1992-93 anti-Muslim violence in Mumbai in the wake of the Ayodhya outrage. The commission cited direct evidence to illustrate complicity between the Shiv Sena, sections of the police and the Congress government of the day who were together named by the report, the reason why they jointly buried it. Not unlike the Delhi Met, William Shakespeare’s witches may have been pointing to a similarly deep universal reality as they sang in unison: “Fair is foul and foul is fair. Hover through the fog and filthy air.”