The government has bumbled along since Mr Modi’s triumphant announcement. 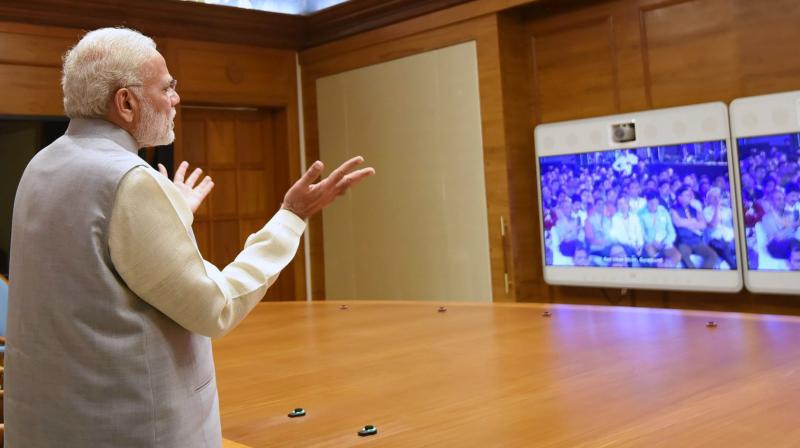 Two of the things Prime Minister Narendra Modi said he would bring to New Delhi were decisiveness and governance. He has other qualities also of course and people voted for them just as they did for these two named above. Mr Modi is not a dynast and he has worked his way to where he is based only on merit. He has the reputation of being honest and there are no reports of high-level corruption in the Union Cabinet as there were in the time of Manmohan Singh.

However, these two qualities have been on display in recent days and we should look at how they have affected India. Decisiveness is the ability to take decisions quickly and firmly. This is often seen as a virtue. Being indecisive is seen as a weakness though often indecision is only another name for thinking something through carefully. And if there is uncertainly or turbulence beyond tolerable limits, one does not decide. On the other hand, the virtue of being decisive can also be seen as certitude, meaning being sure one is right intuitively rather than through knowledge.

Sanjay Gandhi was also decisive. He was barely a literate (10 standard dropout) man who was given great power. He wielded it poorly and Indians suffered in unimaginable ways for his arrogance and his confidence that he knew what was right for all of us.

The second ability, governance, can be described by another word used by military historians. That word is “grip”. It means the ability of a general to be in total charge of his command. Knowing what his side is capable of and being prepared. Julius Caesar had grip and he had control over his armies in a time when communications was poor and supply lines very long. Though his record in battle is mixed, Gen. Montgomery is thought to have had grip. He was not clueless as many other generals on the British side in the Second World War were.

Mr Modi showed us his decisiveness when he acted to make useless the Rs 500 and Rs 1,000 notes Indians held. This was sold as an act that would end or severely attack black money. We have not yet been told how that will happen except for Mr Modi saying that the corrupt and the wealthy sitting on piles or warehouses of cash would now only have worthless paper.

Those who have run business, and I have owned and run a manufacturing and a services business, know that black money does not work like that. It is used, just like white money is used, as a means to expand business. It is held in goods and in property. In the purely liquid form, as cash, it is not particularly useful. The second reason given was that it would dent terrorist activity because that was being done by counterfeit money. Almost anything today can be sold as a good idea to Indians if it can be attached to terrorism. The media is less likely to question it.

Anyway, so Mr Modi showed a flash of decisiveness. As a result of it we are living through days when the wretched of India, the hundreds of millions of poor who live on cash alone, are being used in an experiment. The Opposition is terrified of Mr Modi, with a couple of parties excepted, and that means that the demonetisation has not itself been opposed so far. Because this terrorism thing was stuck to it, the Congress is too afraid to demand a rollback. They are not sure of the public mood and believe that there is enthusiasm for the act.

Meanwhile, this act of casual cruelty is bringing suffering and trauma to millions. Watching the Gujarati news channels I was struck by how the English ones seem to be reporting from another country. Mr Modi has told us the suffering Indians are going through will be justified by the dividend we will reap on January 1. We shall see. But meantime, having shown us decisiveness, he now needs to show us governance.

The government has bumbled along since Mr Modi’s triumphant announcement. It has been doing things seemingly in reactive mode. It has been raising and lowering withdrawal limits, relaxing rules for some states arbitrarily, and introducing ad hoc administrative measures like inking of fingers.

Where is the talent and ability needed to bring calm to the chaos that anyone could have anticipated when the government makes a move of this magnitude? It would not be incorrect to say that at the moment it seems to be missing. This is his chance. With the country in a crisis that directly affects not a handful of people (as terrorism does) but hundreds of millions we will know if Mr Modi has grip.