Use crisis as an opportunity to restart reforms, lessen winners-losers divide

If the Prime Minister is not interested in listening to his own advisers, then they cannot be blamed. 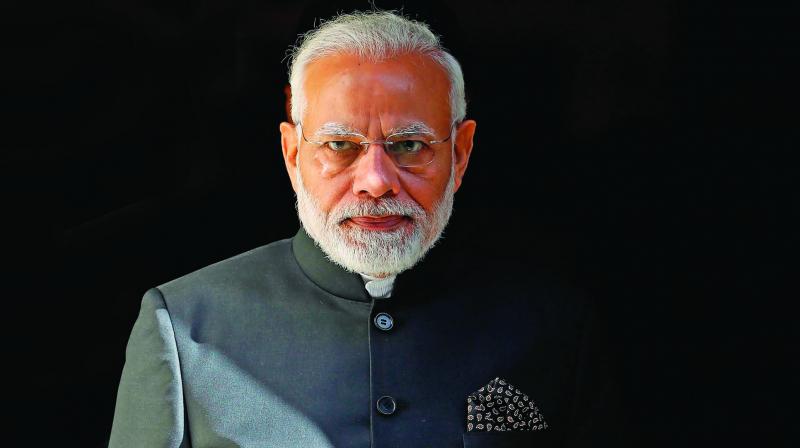 India is experiencing a severe economic crisis, one which should not be wasted but turned into an opportunity by introducing much-needed deeper reforms. Unfortunately, the government is yet to recognise this. Lack of macro-economic thinkers at the highest level has been highlighted as one of the reasons for such failure. However, a deeper assessment of the Narendra Modi-Amit Shah approach suggests that the problem may not be unavailability of experts, but the inability of the duo at the top to fathom that things may go south under their watch. Driven by the exceptional belief that their decisions will turn out to be in the national interest in the long term, but might cause some pain in the interim period, the indicators of the slowdown have perhaps been dismissed as temporary, not deserving attention at the highest level. Indeed, members of the Economic Advisory Council to the Prime Minister, such as Rathin Roy, have been cautioning about structural slowdown for quite some time now. If the Prime Minister is not interested in listening to his own advisers, then they cannot be blamed.

Perhaps the problem lies in the way the situation has been hitherto articulated and an alternative narrative for economic reforms could be the key to attract the Prime Minister’s attention. In its tenures, the Narendra Modi government has been driven by the relentless zeal of national integration. Demonetisation was intended at integrating the informal economy with the formal, GST was a free trade agreement between states, and scrapping Article 370 was intended to integrate Jammu and Kashmir with the country. Thus, the current situation needs to be presented as a timely opportunity to push the national integration agenda of the government.

While the first two decades of economic reforms provided a fillip to the GDP and helped a substantial portion of the population to move out of poverty, it did just that and did not go beyond. The growth was driven by a select few who had access to easy credit (without adequate due diligence) and cheap labour, without considering if such a model was inclusive and sustainable. Over time, several unsustainable projects have turned non-performing and credit has dried up. While incomes have risen but they are not enough for a majority to be able to afford quality education, healthcare and housing, and thus consumption is also down.

Limited effort has been made in the past to improve the competitiveness of industry, enhance the manufacturing base or improve agricultural productivity. The infatuation to adopt capitalism without safety nets (particularly for workers) in the hope that beneficiaries of its trickle-down effect will outnumber its losers has created dual realities of the nation — an affluent minority aspiring for global experience and thus spending more on international travel and tourism, and an impoverished majority not earning enough to afford basic goods and services at their current prices.

Our work on Good and Better Jobs, supported by the Ford Foundation, took us to the famous textile clusters in Bhilwara, Panipat, Ludhiana, Coimbatore, Tirupur, Erode, Chennai, Mumbai and Bhiwandi. Across the locations, we were shocked to observe the inhospitable living and working conditions which workers have to put up with. Despite all states having policies to support industries, none of such policies had any verifiable indicators to ensure that the support is being utilised, even partially, for labour welfare. Irrespective of size, income generation or profitability of the business, the condition of labourers appears to be largely similar — just making enough for basic survival.

Over the years, India has marketed its textile industry globally for its cheap labour and continues to do so, without realising that lack of adequate income is repressing demand and pulling back economic development. The textiles sector is the second-largest employer in the country. On the top of it, the freedom to hire and fire workers has been advocated as labour reforms without creating adequate social security systems or alternative income-generating opportunities for workers. We need to immediately correct our course, or risk economic disintegration, which will be antithetical to Narendra Modi’s dream.

One of the ways to view national integration is to treat everyone on a similar footing, without any special status whatsoever. It is akin to ensuring availability of similar resources and opportunities for everyone to grow. In competition parlance, it levels the playing field and ensures competitive neutrality. Therefore, there is a need for 370-like actions in different sectors of the economy and doing away with privileges which have been created over the years. For instance, state-owned enterprises should not get preferential treatment and be subjected to competition. Simultaneously, the government must divest its stake in such entities.

Another 370-like approach is needed to do away with the vast difference in the quality of education, health, insurance, food, clothing and housing available for the rich and the poor. Conditions need to be created for the private sector to offer goods and services to the majority at affordable prices. This can only be ensured through adequate investment in infrastructure, focusing on ease of running the business, reducing the corporate tax rates, fostering entrepreneurial spirit, avoiding viewing businesses with suspicion, and reforming the creaking dispute resolution and judicial system of the country.

It needs to be ensured that benefits of such reforms are not captured only by industry but are passed on to workers to generate adequate incomes and afford items of basic necessity and comfort. It will need to be ensured that workers and communities are party to the economic gains of industry so that the gap between the winners and losers of capitalism is reduced.