Last weekend in London, another pair of survivors gave a concert in Hyde Park. 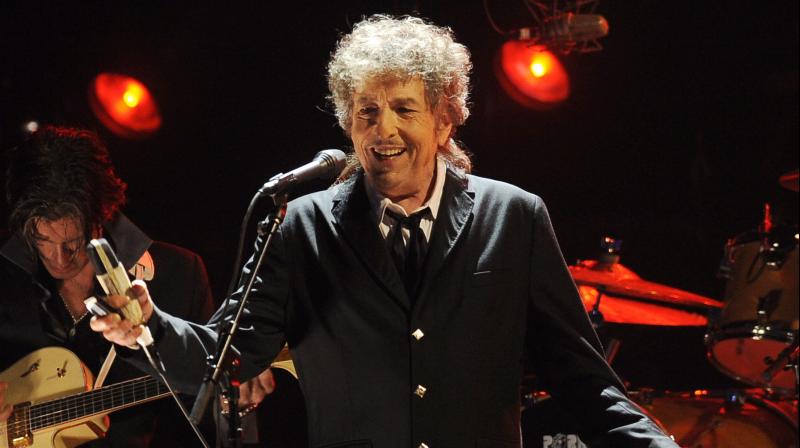 “Self pity is the opposite
Of self-consciousness. Though
One is often disguised as the other.”
From Wi-Guru to wi-fi by Bachchoo

I grew up, as did millions, consciously accepting the difference between the genres of creation of, say, Shakespeare, Keats, Dickens, George or T.S. Eliot and those of Bill Haley, Mick Jagger, The Beatles, etc. Then a few years ago, Bob Dylan was awarded the Nobel Prize for Literature, and the Swedish Academy, in its wisdom, had either blurred the categorical distinction or determined, in some critically mysterious way, to expand the definition of “literature” and make it inclusive of undoubtedly significant creation in language.

The distinction I always held dear was that the work of the former and hundreds of others were pointers to universal truths, shared by generations, whereas the work of Bill Haley, Little Richard or The Rolling Stones, for instance, were voices of cultural rebellion, the harbingers of sex, drugs, rock-and-roll and generational defiance.

I never expected my mother or Indian Army father to understand the passion behind Good Golly Miss Molly or I can’t get no satisfaction!

It wasn’t that that generation didn’t have its own songs. On the picnics to which my father and his Indian Army friends took us as children, piled in the back of (probably unofficially) borrowed Army trucks, they would heartily sing songs derived from the days of the Raj and British Indian Army colleagues. I was puzzled by some of these.

They would sing, “It’s a long way to Tipperary… Goodbye Piccadilly, farewell Leicester Square…” and, unfamiliar with the geography of Ireland or London, I believed that “tip” was a verb but didn’t know what a “rary” was or why it should be tipped. So also I thought “pick” was a verb but was confused about picking a “dilly”, whatever that was.

At our Anglican school we sang hymns at assembly every day and while singing a particular one I couldn’t understand what, “As pants the hart for cooling streams, when heated in the chase…” meant. I knew that pants was a verb and a familiar noun but I didn’t know that a hart was a female deer and thought it was a typographical error. Neither did I realise that a chase was the act of being hunted down. I lived with the bewilderment, attributing it to Christian mysticism.

Not that much later on, I absolutely understood why Mick Jagger couldn’t get any satisfaction. I took it to express the fashionable, and mostly affected, frustration of my generation — the generation of the Stones themselves.

Some years ago, well into their sixties, the Stones had a gig in the Wankhede Stadium in Mumbai. I believe it was sponsored by Vijay Mallya, who wasn’t in exile at the time. I went with friends and witnessed Jagger prancing around the stage expressing the same dissatisfaction with the energy of a randy frog. The other Stones seemed by comparison listlessly strumming their guitars and striking their drums with the force of a feather duster on precious china.

And now, at the age of 75, after a heart bypass operation and subsequent recovery, Sir Mick and his band have hit the road again, asserting the eternal human frustration of never being perfectly satisfied with all the millions, all the sex, all the bestowed honours that life has showered upon them. But who are they singing for? The generation that obsessively listens to rap and grime and drill on their iPhones or other devices? Or oldies like myself who will pay even black-market prices to hear Jagger performing with the vitality that excited them/us in our youth?

Last weekend in London, another pair of survivors gave a concert in Hyde Park. I believe 60,000 people paid to hear Bob Dylan and, separately, Neil Young revive their past numbers. The audience was cross-generational. My daughter, who went with her friends, said that Dylan sang the old songs with new tunes. I suggested that I had heard him a few years ago and that the tunes to the old words were not new but that his voice had aged and he was now singing in flats rather than sharps and the range of notes his vocal chords were capable of had narrowed.

I made the same observation about Leonard Cohen, who a few years ago went on a singing tour to pay off, it was said, his debts and alimony. They were the same songs, though his famous and moving Hallelujah, with its haunting original melody and imagery invoking biblical stories, was almost spoken in a subdued raspy voice.

And now, Sir Paul McCartney has announced the composition of a new musical. I’ve always thought that Paul’s compositions for the Beatles, when the group was still together, made much more poetic sense than the extravagant surrealism or even mysterious, if not mystical, leanings of John Lennon’s lyrics.

I don’t recall the Beatles ever acknowledging who amongst them wrote the lyrics or the melodies, but the preoccupations and moods became clear. George Harrison’s Indo-spiritual devotions were clearly not the work of Lennon/McCartney and were attributed to himself. But it was clear to me that songs like Let it Be, the sentimental Eleanor Rigby and The Long and Winding Road made literal sense, whereas Strawberry Fields was beautifully obscure.

So also with the works of Nobel Laureate Bob. The songs of protest we adopted in our university days were clear enough and gave voice to a generation that wanted a new, fair and unthreatening world. The same applies to his love songs and songs of rejection and bitterness such as It’s all over now Baby Blue. Some of the imagery was surreal and the lyrical allusions private or personal, but the tone carried the message and the range of concerns was startling and yes, in its genre, brilliant and unique.

They say old soldiers never die — they only smell that way! It apparently doesn’t apply to songsters. Refreshed freshness rules.