The growing Lockheed mystery: Why is US in a rush to push F-21 to India?

The F-21 seems to be an offshoot of the single-engine F-16 multi-role fighter. 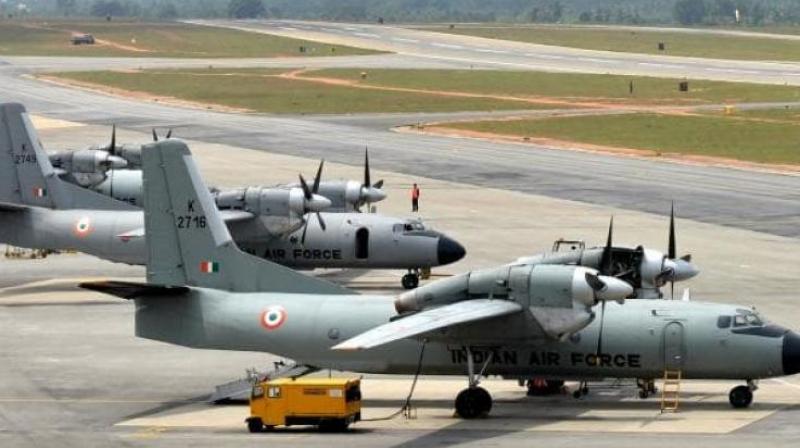 More than 50 years ago, the then Soviet Union gave the latest MiG-21 fighter to a beleaguered Indian Air Force.

More than 50 years ago, the then Soviet Union gave the latest MiG-21 fighter to a beleaguered Indian Air Force. Two decades later, in the early 1980s, the United States gave a “state-of-the-art” latest General Dynamics-manufactured multi-role F-16 fighter to Pakistan despite Indian Prime Minister Indira Gandhi's objections. However, it all began earlier, when both US President Richard Nixon and his aide Henry Kissinger hated the Indian Prime Minister's guts which were amply demonstrated to the world in the December 1971 Bangladesh war. Not surprisingly, the US supplied the best of its fighters to Pakistan and snubbed India.

Though times have changed, there does not seem to be any sign of an imminent entry of US fighters into an Indian Air Force squadron service. And this must be what has been bothering the US President and his team. Of late, signs of desperation appear to have been be the reason behind “browbeating”  India: “Buy our equipment. Do not buy Iranian oil. Buy US-made fighters. Do not buy a Russian-made missile defence system. Or else…!” The superpower seems to be going overboard. But why?

A few years ago, the US Lockheed Martin F-16 could not make the grade through open competition between six bidders. And now suddenly the US wants the F-21, which is being touted as the successor of, and superior to, the F-16, to be bought by India! How? Through US “foreign military sales”  (FMS). Through, “government-to-government transaction” as is being done in the Middle East. Will it be fair on the part of the US to compel New Delhi to get a bad name? As it is, there is no end to the list of defence scandals in India. Why then is the US pressuring India by every means?

Seen in this background, the growing buzz and the media blitz over the Lockheed Martin F-21 being offered to India made this columnist turn the pages of the last 40 years of the annual edition of Jane’s All the World’s Aircraft to learn afresh the history of the appearance of this unseen and unknown fighter aircraft. As one had neither heard, nor seen any reference to this “state-of-the-art” fighter ever before — one thought that the very name F-21 may be an extremely lethal aerial platform — implying it as “the fighter of the 21st century”.

After almost four weeks, one found no reference of the F-21 in any aviation book. But then, if a mega-fighter aircraft contractor like Lockheed Martin makes a proposal for the Indian Air Force, there must be something in it. Else, Lockheed Martin may lose credibility and its customer base in an era of sluggish market demand and fierce competition amongst multiple manufacturers chasing a shrinking consumer base.

Coming back to the “actual” F-21! What exactly is it? Wherefrom has it been derived? How long will it take to fly, from “the drawing board to squadron service”? From whatever has trickled in thus far, the F-21 seems to be an offshoot of the single-engine F-16 multi-role fighter. “Tailor-made”, primarily, for exclusive Indian Air Force requirements and secondarily, to be exported by India, as Lockheed Martin has in mind shifting its entire production line and technological knowhow to India as a joint venture with a local company.

That all sounds like music to India's ears, no doubt. Nevertheless, it raises more questions than give any answers. In what way will the F-21, not a single prototype of which has been produced yet, be the ideal choice for the Indian Air Force? Is the choice of a fighter aircraft the sovereign right and decision of the Indian Air Force and the Government of India, or a foreign contractor's imposition?

Is not the Indian Air Force the sole institution responsible for specifying its own requirements, stipulate as to how it would operate its fighters; against what sort of adversaries and in what operational environments?

Not a single Air Force in the world is using the Lockheed Martin F-21 because it has not yet been produced. Hence, the puzzle: Where do we start from? From the F-16? But then, the F-21 is reportedly different from, and superior to, the F-16! Nevertheless, if the Indian Air Force is to choose the F-21 and nothing else, then the best option, at present, would be to scan through the specifications of the latest version of the F-16 — to at least have an idea.

But here again is the old dilemma. Did not the Indian Air Force reject the F-16 only the other day while selecting its medium multi-role combat aircraft, from amongst six bidders, including the US Boeing twin-engine F-18; the Russian twin-engine MiG-35; the Eurofighter twin-engine Typhoon; the French Dassault twin-engine Rafale and the Swedish single-engine Saab Gripen? So, what changed?

Understandably, “in March 2017, it emerged that Lockheed Martin planned to cease manufacture of the F-16 at Fort Worth, Texas, in order to devote more resources to the (single-engine) F-35 Lightning II. The last F-16 to roll off the Fort Worth line in September 2017, whereupon the company will transfer equipment tooling to its plant at Greenville, South Carolina, which is to assume responsibility for the F-16.” — Jane’s 2018-19.

In other words, the F-16’s days are over. It’s got to be reborn. What better place for a rebirth than in India? If indeed Lockheed is serious about the F-21, then it should declare the broad improvements (without divulging its trade secrets and militarily sensitive info) for India to consider. As is well known, there are approximately 20 parameters to be looked at in an aircraft, and compared with the competing craft. These are: “type; programme; (past) users, if any; costs; design features; flying control; structure; landing gear; power plant; accommodation; systems; avionics; armament; dimensions (external); wings; areas; weights and loading; max take off weight; payload; performance; range; and radius of operation”. One can only hope that the F-21 clears this examination!