Mystic Mantra: And the truth shall set you free

The reason people lie is either out of fear or because they want to be in control of a situation and mostly to get some social or monetary advantages. 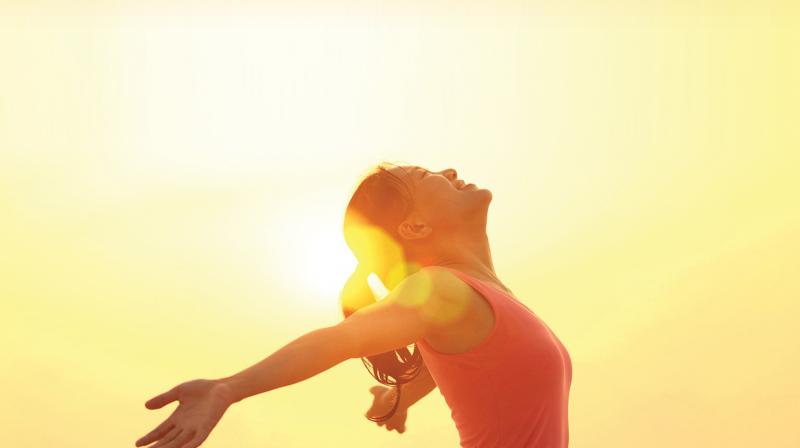 As human beings we live under the deception that only other people lie who need to be corrected.

While observing children’s behaviour, I have always wondered about their ability to learn quickly, though at times was saddened to see them learning also to lie. Commenting on that kind of behaviour, psychologists hold the view, “doing wrong is an essential part of how a kid learns — with parental guidance — to do right”. And, “When pre-schoolers first lie, they’re testing out a new ability,” says Victoria Talwar, a professor of developmental psychology in Montreal who has done extensive research on kids and lying.

Lying is saying something with the intent of creating a false belief or impression. While maybe everybody lies at some point, few understand how destructive it can be. Whether children or grown-ups, all of us know the difference between lying and telling the truth, between being honest and cheating, between doing right and wrong. All of us have been taught, especially through the examples of George Washington and/or Mahatma Gandhi, to avoid lying and cheating at any cost.

The reason people lie is either out of fear or because they want to be in control of a situation and mostly to get some social or monetary advantages. Whatever the reason for lying, except for those who the psychologists call “compulsive liars”, the person lying can never be happy or at peace. Our parents have also taught us not to lie at all, and that in order to cover one lie, one takes recourse to a hundred other lies.

The Book of Proverbs in the Bible says, “There are six things the Lord hates, seven that are detestable to him: haughty eyes; a lying tongue; hands that shed innocent blood; a heart that devises wicked schemes; feet that are quick to rush into evil; a false witness who pours out lies and a person who stirs up conflict in the community”. Again the Book of Leviticus says, “You shall not steal; you shall not deal falsely; you shall not lie to one another”. Similar instructions are found in the Book of Exodus in the Ten Commandments handed down to Moses on Mount Sinai.

Jesus too teaches his disciples emphatically, “But I tell you not to swear at all: either by heaven, for it is God’s throne; or by the earth, for it is His footstool… Nor should you swear by your head, for you cannot make a single hair white or black. Simply let your ‘Yes’ be ‘Yes’ and your ‘No’ be ‘No’. Anything more comes from the evil one”.

As human beings we live under the deception that only other people lie who need to be corrected. Unless we are keenly aware of our own shortcomings, including that of lying, we can barely progress on the path of spirituality. That is why Jesus says, “…And the truth will make you free.”