'Identity ‘tests’ can be unfair

The format of the programme required her to answer questions from people who phoned in. 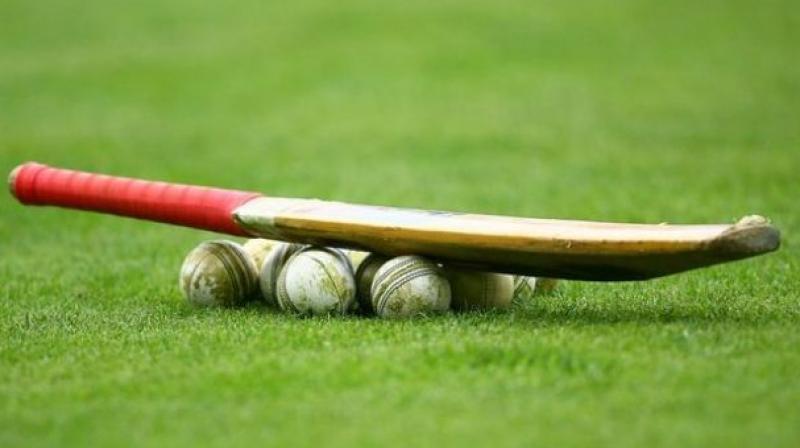 The test was intended for Indians, West Indians and Bangladeshis, formulated to determine the founts of one’s loyalty.

Some decades ago, then Cabinet minister Norman Tebbit formulated what he called the cricket test: when England was playing a Test match against, say, Pakistan, would British immigrants of Pakistani origin cheer for the English team or for the Pakistanis? The test was intended for Indians, West Indians and Bangladeshis, formulated to determine the founts of one’s loyalty.

The test could have been extended to naturalised British South Africans, Australians or New Zealanders, but somehow they were exempt. Ozzies supporting the Australian team were not required to answer.

My own answer to the Tebbit test is simple. If India is playing England I wait till the game develops and back the side that’s winning — with the provision that I can change my mind and allegiance if, as happens in cricket, the tables turn.

Last week on a nationwide and popular radio station a novel though more menacing form of the Tebbit test was given some exposure. The programme host was speaking to a British Muslim woman about the tenets and beliefs of Islam that she embraced. It was a fair interview with the interviewee saying that she wore a hijab and covered her head voluntarily and wasn’t in any sense induced to do so by the males in her family and she didn’t feel that any community or religious pressure had been exerted on her to keep her head covered in public. She asserted very strongly and logically that she was free to change her mind and go bareheaded but wouldn’t.

The format of the programme required her to answer questions from people who phoned in. One of the first callers, a lady whose ethnic origins could only be traced through her accent and idiom on the radio, called to ask the interviewee if she was British first or Muslim first. The host interrupted to prevent the interviewee answering, saying that it was an unfair question.

It led to an argument. The caller insisted that hers was a sensible question and should be put to all Muslims living in this country. She was of the opinion that it would reveal a hidden truth about the state of the nation. She was reluctant to say exactly what she thought it would reveal, but from her tone I think I could tell what she was getting at. My guess at her ethnic origin and age — though I admit it was no better than a guess — was that she was middle-aged and white Anglo-Saxon.

The host persisted in saying the question should not be put and couldn’t be put because the obvious answer is that your nationality and your religious conviction belong to two different categories or even species of allegiance. She, the host, added that she was brought up Jewish and her answer would certainly be that she didn’t put her Britishness before her Jewishness or vice versa. Her answer would be that she is both at the same time.

That was the best answer. The absurdity of the question can be highlighted by substituting any profession or predilection for religion: “Are you primarily British or primarily a cyclist?” or “Do you feel you are British first or non-vegetarian first?” if I was asked if I was British first or Indian I would have to say I was both or dodge by saying I am British-Indian or Indo-Brit. If I was to say I was definitely Indian but a British citizen, it would certainly bring my Tebbittish loyalty into question.

I hope I am never asked if I feel more British than Zoroastrian because my answer would be there is no conflict, just as there isn’t between being British and wanting to cycle or to not be a vegetarian.

Perhaps reducing it to these absurdities is unfair to the questioner. She certainly meant that Islam was not a native religion of the UK. But then neither were Catholicism or Protestantism and if one asserts today that one is a Druid, you mark yourself as slightly eccentric, even not quite British.

The questioner was undoubtedly reacting to the act, in the weeks preceding the programme, of some Islamist fanatic killing people by driving into them on Westminster Bridge and then jumping the fence of the Houses of Parliament and fatally stabbing an unarmed policeman.

After that incident, a few days later, another maniac was apprehended by the police near the Houses of Parliament carrying several knives. He couldn’t establish himself as a butcher’s assistant or a knife-throwing acrobat and when the police arrested and identified him, found his address and traced his associates they picked up several of them and charged them with preparing acts of terror in the Islamist cause. Since then the police made five more arrests in different parts of Britain and charged the arrestees with planning terror on behalf of ISIS.

It isn’t entirely surprising that Tebbitish questions arise about a murderous ideology, which has openly announced that it holds the lifestyle of Britain to be satanic and worthy of being indiscriminately eradicated. The absurdity of doing it by killing a few innocent people — without regard to whether they are young, old, hetero or homosexual, Christian, Jew or Muslim hasn’t struck them. And what hadn’t struck the questioner is that a few dozen maniacs with a deviant ideology don’t condemn the three million Muslims in Britain to answering preposterous questions.

I am regretfully and apprehensively aware that a section, albeit small, of the Indian population would be in favour of asking Indian Muslims the same sort of question. Perhaps these people in favour of posing such a question should answer the analogous one themselves: Are you first a Hindu or an Indian? Whatever the precedence, if you are an Indian at all, first or second, you inherited a secular country with diverse cultures, traditions and religions. So get over it!