According to the IDF spokesman, the hackers used pictures of young women to attract the attention and interest of male soldiers. 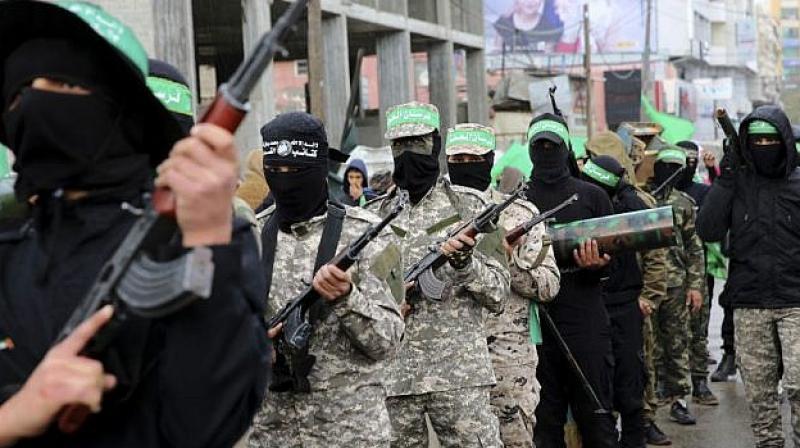 The IDF have blamed the attack on Palestinian hackers associated with Hamas. In the words of one Israeli official “hostile actions taken by the Hamas in the virtual world have repercussions in the real world”. The widely-reported news story is not the first time that Hamas has allegedly turned to cyberattacks against the Israelis. (Photo: Representational | AP)

It has not been a good century for the Palestinians. The trouble, some historians would say, began as long as 103 years ago with the Balfour Declaration that gave Israeli Jews the right to establish a national homeland for the Jewish people. Less than 10 per cent of population at the time in Palestine was Jewish, but that did not matter. It has not mattered since either: not through the British Protectorate that was established in 1920, nor when the Jewish state of Israel was actually established in 1948 — and not at all since.

The 70 or so years since have bought no respite from Jewish settler colonialism either. A few weeks ago, Jared Kushner, President Trump’s son-in-law, came up with a peace plan for the Palestinians — without bothering to even talk to the Palestinians. It gave even less to them than they have. They rejected it immediately.

With symmetrical efforts at negotiation mired in such doom, Palestinian groups like Hamas seem to have turned to a new form of attacking Israeli military targets. Recently, the Israeli Defence Forces claimed that Hamas hackers had targeted Israeli soldiers’ smartphones.

According to the IDF spokesman, the hackers used pictures of young women to attract the attention and interest of male soldiers. The hackers (posing as women and using attractive pictures) then tried to strike up a friendship with the soldiers using various fake social media profiles. If the soldiers took the bait, they were then asked to download a phone application from a link; using the excuse that the chat app would help the women (who said they were immigrants and did not speak Hebrew) communicate with the soldiers.

Many soldiers did apparently download one of these apps. It was only many weeks later that Israeli intelligence realised that the apps were targeting many Israeli soldiers. Once installed, the apps introduced a malware virus that enabled it to access all the information on the smartphone. In addition, it also enabled the hackers to remote manipulate the speech and camera functions of the smartphone, allowing videos, etc to be made without the knowledge of the phone’s owner.

Obviously, this allowed the hackers to access security details that they would not otherwise have known. According to the IDF, the hack was discovered several months ago and soldiers were told to remove the applications.

The IDF have blamed the attack on Palestinian hackers associated with Hamas. In the words of one Israeli official “hostile actions taken by the Hamas in the virtual world have repercussions in the real world”. The widely-reported news story is not the first time that Hamas has allegedly turned to cyberattacks against the Israelis.

In May of last year, the Israeli government alleged that another Hamas cyberattack had taken place. In that case, the Israeli government, which refused to release details of the attack, retaliated by undertaking an airstrike against the Palestinian territories and Hamas in particular. In another attack from 2016, hackers targeted the Israeli television show broadcast of “Big Brother” and inserted footage of terrorist attacks, which told viewers that no place was safe and that they should get out of the country.

Hacking, of course, is a crime and should not be promoted or touted, yet it is not surprising that Hamas seems to have turned to cyberattacks. Having been classified as a terrorist group by several Western states, the turn to asymmetrical warfare (in which the extent of military infrastructure and firepower does not matter) fits in with the profile of the group. In the case of this particular incident, Hamas hackers were able to spread their net wide and use a previously unheard of tactic to target soldiers and dupe them into providing them information.

There is another reason Hamas would consider hacking to yield strategic benefits for itself. Unlike the bombings and rocket launches that cause human casualties and spread fear, hacking yields information and salutes technical prowess. Over the decades, the Israeli government has justified draconian measures taken to imprison Palestinian populations in the West Bank and Gaza on the basis of the deaths that have occurred from these bombings and rocket launches. A turn toward cyber warfare highlights the power that Palestinian hackers may possess to disrupt Israeli lives without actually taking Israeli lives.

Finally, the modus operandi of the apparent attack also highlights just how stupid men, including Israeli soldiers, are when it comes to befriending women via virtual means. All it took was a few fake social media profiles and a few photographs of women to ensnare men who were trained as soldiers and were aware that the information they possessed on their smartphones or otherwise could be targeted by hackers. Not only did they fall into the trap, they had no idea that it was a trap until much later.

The case of the Hamas hackers should alert other men, including for instance Pakistani soldiers, that their devices could be targeted using similar tactics. Undoubtedly, there are many men in Pakistan, who would have also fallen for such a scam or similar scams that pander to their egos and to the possibility that random women may want to get to know them and to share pictures with them.

This bizarre melting together of human psychology and virtual technology is a testament to the odd world that we live in, where the boundaries of the real and the unreal are constantly being blurred, and where women can laugh at men and their weaknesses exposed in the most “never-before” and astounding ways.