Racism is a murderer of truth. It makes it impossible for us to understand strangers through the celluloid. 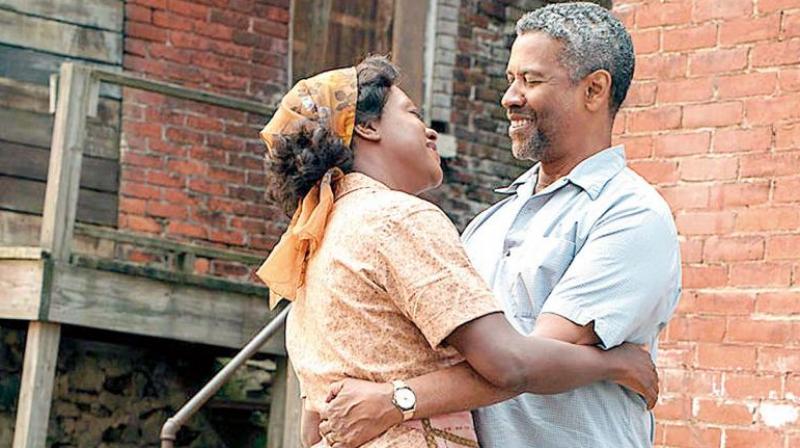 After two years of controversy, the Academy, in 2017, has nominated a record number of six black actors.

In both 2015 and 2016, Oscar nominations had no ethnic minorities or actors of colour. In its 89-year history, just   Only one Latino actor, Jose Ferrer, has ever won best actor, and no Latina actress has ever won best actress. In 2015, Ava DuVernay’s absence from the best director film category for her film Selma was a glaring omission. DuVernay, if nominated, would have been the first African-American woman ever to be nominated for best director. Similarly, 2016, saw stellar performances by actors of colour — Idris Elba, Abraham Attah, Kitana Kiki Rodriguez, Mya Taylor, Benicio Del Toro, Michael B. Jordan, Tessa Thompson, Oscar Isaac, Gugu Mbatha-Raw, and the cast of Straight Outta Compton to name a few. Despite these performances the Academy for the second year straight nominated white actors and actresses. In 2015, the   hashtag #OscarSoWhite was started, which was revived again in 2016 to offer a scathing critique of both the Academy and Hollywood. After the controversies, this year, a record six black actors were nominated.

Last year, actor Wendell Pierce, when asked about the “Oscars controversy”, said Hollywood is filled with “an insidious” form of racism. Pierce was on six seasons of The Wire — a path-breaking drama with a mostly black cast. Despite critical acclaim, none of its cast members, including Pierce, was nominated for an Emmy. When a society’s values are constituted by patriarchy, racism, xenophobia, and homophobia, there are real incentives to engage in these beliefs, and expand their existing structures of racism. Awards represent but a small aspect of the insidious nature of racism. Racism is widespread. Its genealogies are the tortured histories of slavery, genocide and mass oppression. Racism manifests itself in many ways — in stereotyping of black Americans in the rendering of “black face” worn by white actors, the toxic distortion of non-European history, and in silencing voices of black talent.

In 2015, Anthony Horowitz, the most recent author of the James Bond novels declared that Idris Elba was “too street” to play Bond. That comment highlights what Pierce call as “an insidious” form of racism. Here Elba’s blackness is both an indictment of who he is and by implication what roles he is suited to play as a black man. James Bond is a celebration of empire, and whiteness. 007 clears the ground for 21st century’s capitalism, justifies cold war proxy conflicts, and undertakes civilising mission, all the while championing the West’s culpability in wars, poverty and destruction of the rest.

Idris Elba, born of a Sierra Leonean father, and a Ghanaian Mother, is the embodiment of the post-colonial world that burst into life as the Empire withered. Elba, his blackness, working-class background and his accent stand opposed to Horowitz’s vision of the world — he cannot imagine an actor, as talented as Elba to play Bond because  racism ends imagination.
Writing in 1991, Richard Dyer in his book White: Essays on Race and Culture argues that, “White people create dominant images of the world and don’t quite see that they thus construct the world in their image”.

Another example of how whiteness creates the world in its image is this year’s jazz movie La La Land. In the words of basketball legend, writer and activist Karim Abdul Jaber, “Jazz is a uniquely African-American form born in New Orleans and raised in Harlem during the Harlem Renaissance. But I’m also disturbed to see the one major black character, Keith (John Legend), portrayed as the musical sellout who, as Sebastian sees it, has corrupted jazz into a diluted pop pablum. The white guy wants to preserve the black roots of jazz while the black guy is the sellout? One legitimate complaint that marginalised groups have had about Hollywood is that when they were portrayed, it was done in a negative way.”

Movies are conversations about inclusion and exclusion, realities of the other, and the battered existence of beauty all built into the medium of cinema. The narrative existence or the need to have your histories reflected on screen is not just insincere expressions of diversity; it is also imperative to how people constitute their social worlds. In Modernity and Ambivalence, Zygmunt Bauman notes: “There are friends and enemies. And there are strangers.”  Racism is a murderer of truth, ideas and beauty. It makes it impossible for us to understand strangers through the celluloid. If we turn the mirror back on ourselves and ask similar questions about religion, caste, class and belongings, what would we find? In mainstream Indian cinema, anyone, not upper class, wealthy or male is rendered a stranger. In 2015, an Indian newspaper published an analysis of B’wood movies. In their finding, “Just six of the lead characters in the nearly 300 Bollywood films released over the last two years belonged to a backwards caste”. But perhaps the most telling line from the findings came towards the end. “Several directors and writers whom the paper contacted declined to speak because of the “sensitivity” of the topic”. Cinema, a medium born out of rebellion, a desire to transgress, that should be at the forefront battling homogenizing tendencies now remains handcuffed to the propriety of the most insidious kind: silence when faced with difficult questions.

Suchitra Vijayan is a New York-based barrister, theorist, writer and a photographer. She is currently working on her first book on the making of India’s borders